CHICAGO – When it comes to aging, the focus is not just on living longer, quality of life is equally important. According to the National Institute on Aging, people aged 50 and older need more of some vitamins and minerals than younger adults do. 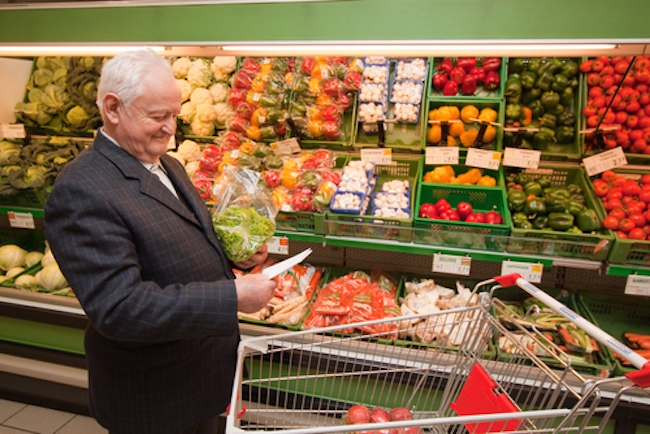 1. Omega-3 Fatty Acids: A recent study showed that fish oil-derived omega-3 polyunsaturated fatty acid therapy slowed the normal decline in muscle mass and function in older adults, and should be considered a therapeutic approach for preventing sarcopenia, the age-related loss of muscle and function, which can help maintain physical independence in older adults.1 Another study showed omega-3 supplementation plus physical and mental training may help slow cognitive decline in older adults, especially for those who have mild cognitive impairment.

2. Antioxidants: Antioxidants help reduce oxidative damage, which is associated with aging and overall wellness. Important antioxidants include beta-carotene, selenium, vitamin C, and vitamin E. Antioxidants such as coenzyme Q10, resveratrol, lutein and zeaxanthin can play a role in more targeted aging concerns such as heart health and vision.

3. Probiotics: A study showed that daily consumption of a probiotic by adults aged 65-80 increased beneficial groups of bacteria in the human gut and potentially increased production of anti-inflammatory cytokines, which help control the immune system and fight disease.

4. Prebiotics: A trial of 40 subjects aged 65-80 who received a certain prebiotic showed that consumption of it produced positive effects on both their gut microbiota and immune systems.

5. Collagen: Proteins such as collagen peptides are essential for healthy bones because they promote intestinal calcium absorption and stimulate bone formation.

6. Proteins: Research shows that consuming a diet higher in protein has been shown to help maintain muscle as people age.

7. Vitamin D: A study of 1,658 elderly adults demonstrated that vitamin D deficiency was associated with a substantially increased risk of all-cause dementia and Alzheimer’s disease.

8. Blueberries: Phytochemicals found in fruits such as blueberries are currently being investigated for their health benefits in slowing the aging process including memory loss.