When I was 16 or 17, I attended an outdoor leadership camp on Bark Lake near Madawaska, Ontario. Each night we chose electives to participate in, with the options ranging from tie-dye t-shirt making to amateur astronomy, to a shiatsu workshop. 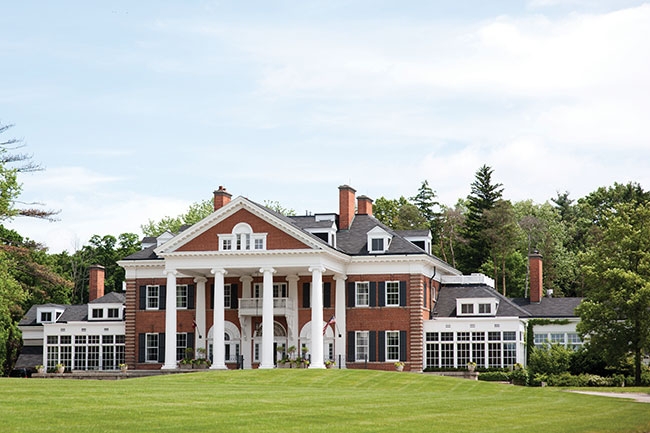 I joined the curious group in the introduction to Japanese massage. Sharon Gilmour, the woman who conducted the night began with this statement, “Massage is the greatest gift you can give somebody.” If I’d made a tie-dye t-shirt instead, who knows what my career trajectory would have been.

I had a lucky break, right from the get-go. My CMTO exam results had arrived in the mail on the same day that a friend phoned from the Dunnville Hospital. Pat Lane worked in accounts receivable and chummed with a gal in the X-ray department. “Jules, Nellie just broke her wrist – you should give her a call, right away.”

Nellie was the only registered massage therapist in Dunnville, a lakeside town of 5,000 near Niagara. I phoned Nellie and just like that, I took over her business. I had a full client load and six months later, Nellie never fully recovered from the fracture to practice again. I continued with her clientele until her lease expired and then moved into my own digs, The Upper Hand.

It was just the beginning of a resume that would see me employed at some of Toronto’s splashiest hotels: The Fairmont Royal York, King Edward, and even poolside at the Sheraton on Queen. I (happily) exhausted every possible placement short of travelling with the Cirque du Soleil. I worked at the wildly popular women-only spa, Body Blitz, did chair massage with the Great American Backrub and practised alongside chiropractors, naturopaths and even a sleep specialist.

It was an illustrious 17-year career that ended in the fanciest place possible, Langdon Hall Country House Hotel & Spa in Blair, Ontario. There were a few distinct perks here: being greeted by the hotel owners’ affable Bernese Mountain Dogs (Miss Wilks and Walter) each day and pretty much everything that Chef Jason Bangerter created in the galley.

Being a massage therapist allowed me to work in some divine places (the kind I wanted to live in). I met Olympians, movie stars, NHL players, supermodels and even massaged a few horses for good measure. They say massage is portable, and it’s true – I took my hands to B.C. and worked at a spa, and explored equine massage and falconry among other things. Not massaging falcons, though. I don’t think that’s a thing.

This is what I’d pass along from my years in the trenches to the newbie ankle biters just getting started.

For the entire duration of my massage career, I’ve had a sideline hustle as a freelance writer. I began writing routine book reviews for The Vancouver Sun and travel posts for the Matador Network. Canadian Running bought one of my stories and then I received a tweet from an editor at Mabuhay, the official in-flight magazine of the Philippines Airlines. I was offered a press trip with the Adventure Centre to blog about Cuba for two weeks, covered the Edmonton Folk Festival and Toronto’s food and drink scene for a tourism campaign. And, during this time, I was also writing this column, exploring crazy spa treatments around the world, profiling industry leaders and investigating topics like occupational allergies, salt caves and Lyme disease.

I was lucky enough to be able to patch two careers together and find satisfaction in both: Two years ago I became editor-in-chief of Harrowsmith, and discovered that when you sit down and take the time to write a book, you actually end up writing a book. My memoir, Free to a Good Home, will be published by Caitlin Press in March 2019.

While I’ve had a wild ride in this industry, I’m content to bring it to a close and officially retire from the profession.

Thank you for following me here and maybe I’ll meet you on your table one day soon.

Jules torti, RMT, has been in practice since 1999 and a freelance writer since age six. In between massage engagements, she travels to Africa to be with chimpanzees and writes about her zany travels for Matador Network.