The College of Massage Therapists of Ontario (CMTO) sat down with research consultant, Ania Kania-Richmond, as she talks about her examination of massage therapy in Canadian hospitals. She holds a doctorate from the University of Calgary, faculty of medicine, department of community health sciences. Hospital-based massage is happening already, and there’s great potential for the inclusion of this type of patient care by licensed therapists in hospitals of the future. 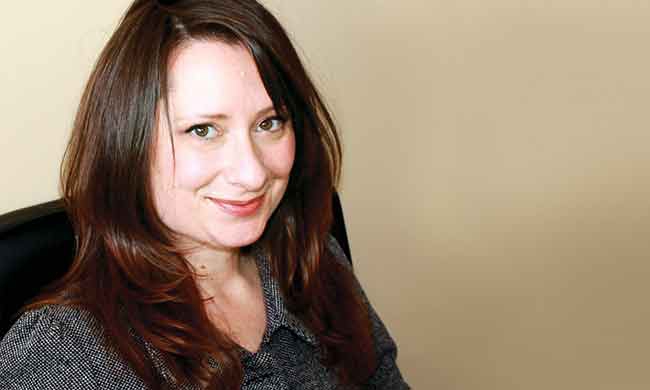 Megan Mueller (MM): What motivated you to pursue this area of research?

Ania Kania-Richmond (AR): From a personal perspective, I was a massage therapist who worked in hospitals in both Canada and Cambodia. Although there was success establishing massage therapy in these settings, I found it challenging to further develop things or move into different programs because I had no reference points.

As a researcher, I realized that this is an area where there was interest, but little information on how such services were, or could be, organized in hospital settings.

MM: Did this represent a void in the existing scientific literature?

AR: Well, yes. When I turned to the literature, there was no information or research to provide guidance. Most of the information we have about this is on a case-by-case basis. And a lot of this is based in the United States. So the idea for this study emerged in response to this, and also my own experience as a registered massage therapist (RMT). As a researcher, I realized how valuable such findings could be to the field.

MM: What was the goal of your research?

AR: I wanted to look at massage therapy incorporation in urban hospitals in Canada. I had four objectives:

MM: How did you design the research in such a way that could accurately capture the role of massage therapists in Canadian hospitals?

AR: I did what’s called a ‘mixed method’ study design ‒ ‘mixed’ because it uses both quantitative and qualitative perspectives. The study design consisted of two phases, which took four years to complete (2009-2013). The quantitative phase, funded by CMTO’s Massage Therapy Research Fund (MTRF), was a survey of Canadian hospitals in urban centres where massage therapy was provided – specifically, cases where the hospitals themselves were organizing this service, which was provided by RMTs. The qualitative phase consisted of interviews with massage therapists and other health-care professionals to understand how the role of massage therapists was perceived by both groups.

MM: What did you learn from the survey of Canadian hospitals?

AR: Of the hospitals that responded to the survey, 16 provided massage therapy to patients. This represents five per cent of hospitals in urban centres in Canada. The majority were in Ontario. There was diversity in the types of hospitals providing massage therapy; there was not one type of hospital that was consistently offering these services.

Furthermore, these hospitals served different populations – patients with cancer, AIDS or chronic pain; those needing palliative care; etc. There was a broad range of patients who had access to massage therapy services.

Also, there were a lot of different ways in which these services were being organized. There wasn’t one universal model.

MM: Did anything surprise you about the survey findings?

AR: Yes. What I found very interesting was the fact that, although massage therapy is regulated in four provinces, hospital-based massage occurs in only one of the regulated provinces: Ontario. The remaining hospitals that participated were not located in provinces where the profession is regulated.

MM: What did your research tell you about the experiences of massage therapists in hospitals?

AR: Despite the fact that massage therapy is often labelled as a ‘unique’ and ‘complementary’ therapy, the experience(s) of massage therapists were not all that different from that of other health-care professionals. Massage therapists were experiencing role overlap, where their role may intersect with that of, for example, a physiotherapist; role ambiguity, which is a lack of clarity about expected behavior from a job or position; and role overload, the extent to which a person feels overwhelmed by his or her responsibilities.

Also, a lot of the massage therapists I interviewed were working in isolation. They had no idea there was anyone else doing hospital-based massage therapy. Because of that, they felt very much alone. But through this research [and their being interviewed], they realized they’re not alone and they have colleagues with whom they can connect and possibly create collaborative working environments.

MM: Did anything in the interviews with massage therapists surprise you?

AR: Yes: the multifaceted nature of their role. Being a massage therapist, as a health-care professional, means that you actually do more than just massage: you’re an educator; you represent, and sometimes even advocate on behalf of, the profession; you’re a program support.

Some participants really had a hard time defining their role, which raises a key point: When we’re being trained as massage therapists, doing critical reflective exercises is important.

MM: Would this be something for schools teaching massage therapy to consider?

The educational component swings the other way too: The other health-care professionals need to be taught about the role of massage therapists, so they’ll incorporate this into their environment.

MM: What does your research mean for massage therapists?

AR: I really hope this research tells those in this profession: You need to be able to reflect on your role with the realization that being a massage therapist is more than just giving a massage. As health-care professionals, our roles encompass many other things – education, evaluation, the ability to collaborate with others, etc. Understanding how to position yourself in the context of other health-care professionals is critical.

The main message for massage therapists would be: If you’re interested in working in a hospital setting, you can.

MM: Broadly speaking, what role does massage therapy currently play in our health-care system, and what kind of role could it play in the future?

AR: Evidence-based massage therapy can play a role in the system. My research confirms that it is becoming established as a recognized health-care profession and being integrated into various settings, including hospitals. There’s great potential for massage therapy presence in hospital settings in the future.

MM: What would future research look like in this area?

AR: What we learned from the survey can be used as a benchmark for future research – a point of reference from where we can measure developments in the coming years. Doing some more in-depth work to investigate the three approaches – the ‘stand alone,’ ‘closed incorporated’ and ‘open incorporated’ – could be very useful.

Megan Mueller is manager of communications at the College of Massage Therapists of Ontario and the editor of TouchPoint, the College’s newsletter. Contact her at megan.mueller@cmto.com. For more information on the Massage Therapy Research Fund, visit the CMTO website.