In the winter issue of Massage Therapy Canada, I wrote about the supporting literature and research pertaining to Ligamentous Articular Strain Technique (LAST). I also discussed why manual therapy techniques that target areas of especially high concentrations of mechanoreceptors (tenoperiosteal and ligamentoperiosteal enthuses) are important to incorporate into your practice. 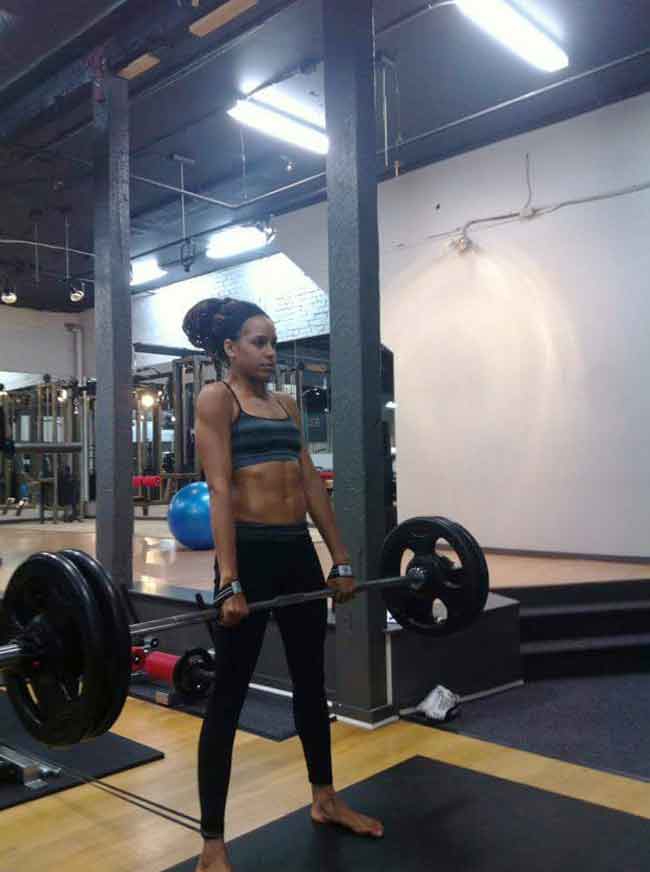 This article is a case study that incorporates LAST into treatment, resulting in dramatic transformation in rehabilitation for one of my patients.

Rochelle’s story
Rochelle is one of, if not the top among stuntwomen in Canada. She has been in many top blockbuster movies (including X-Men) and TV shows (currently The Flash and Arrow). She is an elite athlete, having competed in mixed martial arts and boxing, trained with the British Olympic Gymnastics team, and is an expert in more martial arts than I can name.

The injury
When I first met Rochelle, she was eight weeks post severe second degree right ankle sprain/strain. She was non-weight bearing, on crutches and her right ankle was heavily wrapped in a tensor bandage.

Eight weeks prior to our initial introduction, Rochelle was on set in Vancouver. The scene was set for her to be running in four-inch heels, linked arm in arm with two other stunt performers, jumping off a dock, free falling 14 feet and landing on a squishy mat. Her feet were locked into full plantar flexion. The right ankle immediately rolled and popped upon contact with the mat, she collapsed and that was the last time she had put weight on it.

She received conservative treatment from another medical professional for the next eight weeks. At this point she was still in an extreme amount of pain and discomfort, unable to walk and bear weight, with minimal range of motion in her ankle. She was now questioning if she would ever return to her career and lifestyle. Rochelle sleeps and breathes stunts and acting. The concept of having to alter her life direction was weighing heavily on her and she was becoming depressed.

Observation and assessment
While lying supine, bandage off, her right foot was plantar flexed and supinated. Swelling was present at both right medial and lateral malleolus. Temperature was markedly colder around all aspects of the ankle. Dorsal pedis and posterior tibial pulses were normal compared bilaterally. Tissue tension/tone of both anterior and posterior compartment was increased on the right side. Her tibia was externally rotated on the femur, while the popliteus, gastrocs and soleus muscles were hypertoned. The medial meniscus was tracking more anteriorly than lateral meniscus; this is the reverse of what normal forced coupling is for the knee. There was pain on palpation around all aspects of both medial and lateral malleoli, including anterior and posterior talofibular ligamentous regions. There were no neurological signs or symptoms and deep tendon reflexes were normal.

Research review
In a 2012 paper, “The role of ankle ligaments and articular geometry in stabilizing the ankle,” Watanabe et al. noted, “for unloaded condition, the lateral ligament accounted for 70% to 80% of anterior stability and the deltoid ligaments for 50% to 80% of posterior stability. Both ligaments contributed 50% to 80% to rotational stability. For the loaded ankle condition, articular geometry contributed 100% to translational and 60% to rotational stability. The ankle was less stable in plantar flexion and more stable in dorsiflexion.”

Remember that when Rochelle landed on her feet, they were locked in plantar flexion due to the high-heeled boots she was wearing.

Solomonow et al. state that the acute inflammation in ligaments that sets in within several hours may last several weeks and up to 12 months. Only up to 70 per cent recovery has been documented. Chronic inflammation can build up over several weeks, months or years, depending on dose-duration levels. Rest and recovery of as long as two years only allow partial recovery, full recovery has never been reported.

Langevin et al. stated that in cases of minor sprains and repetitive motion injuries, scarring is mostly detrimental since it can contribute to maintaining the chronicity of tissue stiffness, abnormal movement patterns, and pain. Reducing scar and adhesion formation using stretch and mobilization is especially important for internal tissue injuries and inflammation involving fascia and organs. They proposed that therapies (massage), which briefly stretch tissues beyond the habitual range of motion, locally inhibit new collagen formation for several days after, and thus, prevent and/or ameliorate soft tissue adhesions.

The results of the Bouffard and Langevin studies show that brief, moderate amplitude (20 to 30 per cent strain) stretching of connective tissue decreases both TGF-b1 and collagen synthesis.

Based on the current research, manual/massage therapists have the potential to profoundly affect the course of tissue healing. By changing the physiological environment and decreasing the sympathetic nervous system response to injury. A response of decreased TGF-b1 could lead to decrease in fibrosis and decrease in fascial stiffening of the surrounding and injured tissues.

Rochelle and I determined that the main goal at that moment in time was to dramatically transform the direction of her rehabilitation. We decided that we were going to have her standing, weight bearing and walking before she left the office. Yes, you read correctly.

In addition to continued manual therapy

After an orthopedic and palpative assessment of the affected appendicular and axial articular structures, the practitioner palpates for areas of dysfunction or an increased densification within the injured tissues. Slowly disengaging the tissues, via a combination of both direct and indirect techniques, the therapist exaggerates the permitted motions of the tissues to their end barrier. The therapist waits, at this point of tissue exaggeration, until he or she feels the tissues become more pliable and supple. A re-assessment of the permitted motion in the tissues is done to confirm more suppleness and mobility along with an improvement in kinesthetic and proprioceptive awareness by the patient.

First, we were able to return her right talus and metatarsals to neutral positions, improving their functionality immediately and decreasing pain and discomfort. Next, we focused on decreasing the hypertonicity of both the anterior and posterior compartments to maintain the neutral position and improve function of the talus. A combination of LAST, fascial mobilisation, muscle energy technique (MET), trigger point release and active isolated stretching were used to accomplish this.

We then focused our attention to the knee on her affected side. We addressed the increased tibial external rotation on the femur and the forced coupling dysfunction of her medial meniscus. Next, we treated the popliteus, gastrocnemius, hamstrings and quadriceps musculature, hoping to reduce their dysfunctional influence on the knee.

We recognized that her antalgic gait had contributed to lumbopelvic pain, tension and dysfunction, we addressed those concerns again incorporating LAST with MET.

Next came the most crucial part of the treatment: re-education of gait and training her tissues to function more normally, providing proprioception and kinesthetic awareness messages. Gait was trained in reverse, and balance was trained via eyes open and closed standing on the affected leg.

At the end of our 90-minute appointment, we had accomplished our goals. She was able to stand on the affected leg with minimal pain, she was able to walk with near normal gait, unassisted by her crutches, and she was able to leave our office walking down our stairs using the hand rail for support.

Rochelle required additional therapies that were outside my scope of practice; therefore referrals were made to the appropriate medical practitioners for consultation.

Over the next year, she continued to receive manual therapy combined with active rehab and strength training. Although much progress was made, pain was still the defining factor preventing her from fully returning to and acquiring the level of athleticism she previously had known. Ultimately, she required surgery for excessive scar tissue build-up at the site of injury. Post surgery, we returned to our treatment and rehabilitation program.

Although it was a long journey, Rochelle accomplished her goal of returning to working full time as one of Canada’s top stuntwomen. She now regularly contributes to the TV series Arrow, The Flash, Wayward Pines, and the upcoming blockbuster movies X-Men, Planet of the Apes and Deadrising: Endgame.

No two patients or treatments are ever the same, and that results vary from patient-to-patient and treatment-to-treatment. What is important here is the recognition that we, as manual therapists, have the ability to profoundly affect the course of tissue healing, and we can dramatically transform the direction of rehabilitation for our patients. This is made possible by continually improving our education via live and online courses, mentoring with someone within or outside your profession, reading research articles, bringing research into our treatments, practicing with an evidence-informed treatment plan, focusing on the needs of the tissues and the patient, and referring to a team of trusted professionals to compliment our treatments.

Go to lastsite.ca for free educational videos, free newsletters and to see a complete list of references for this article.

Robert Libbey, RMT, practices full time and instructs LAST courses across Canada. Both live and online courses are accredited for CECs by all Canadian provincial massage therapy regulatory bodies and also the NCBTMB in the U.S.  For more information on LAST visit www.lastsite.ca.