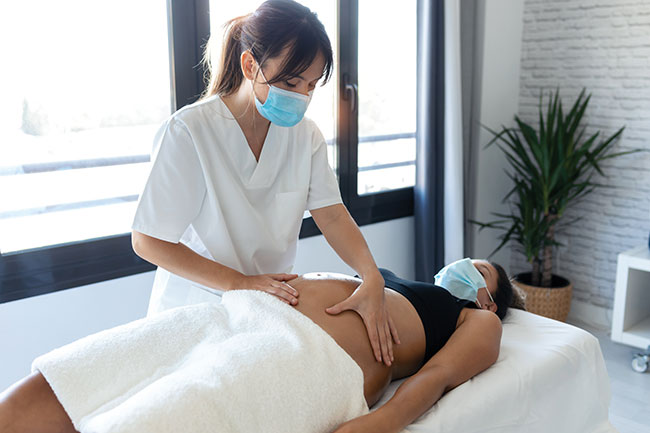 The increasing polarization, politicization, misinformation-peddling, concern-trolling, and maligning of COVID-19 vaccines is not unique to the wellness industry. However, the wellness industry is a hotspot for less-than-reliable information about COVID-19 and the vaccines that mitigate it. CBC’s Front Burner examined the link between wellness culture and anti-vaccine movements in 2021, noting that charisma often outweighs evidence in demonstrating the efficacy of wellness treatments. In many wellness industries, expertise does not matter; personality does. And many of the personalities in wellness have turned anti-vaccine stances into an identity statement. Whether due to ideology, the Dunning-Kruger effect, or a general distrust of conventional authority figures, vaccine conspiracy theories have found a safe haven among wellness services providers.

With a virus that has killed more than 5 million people globally and, according to the University of Washington, causes long-term disability in one out of every three patients who survive it, accurate information is important, especially among healthcare workers. Massage therapists are legally considered to be healthcare professionals in regulated provinces; in many unregulated provinces like Alberta, the RMT associations are still fighting for massage therapists to be recognized and regulated as medical practitioners.

Medical Ethics and Vaccine Requirements
Massage therapy is regulated as a health profession in five provinces. In Ontario and British Columbia, for example, massage therapists are regulated under the same provincial laws as dentists, psychologists, surgeons, and physicians. This means RMTs in these provinces are subject to the same standards of medical ethics as medical doctors.

The doctrine of non-nocere — “first, do no harm” — has served as the ethical and legal anchor for vaccination requirements in other contexts. In the United States, the U.S. Supreme Court struck down President Biden’s vaccine mandate for private businesses on January 13, 2022. Notably, a majority of justices – including two conservative justices – determined that vaccine mandates for healthcare workers are constitutional. The court’s majority opinion explicitly cited “first, do no harm” as justification for a healthcare industry vaccine mandate.

Nick King, Ph.D., is an Associate Professor of Social Studies of Medicine at McGill University in Montreal. King is a bioethicist who researches public health ethics and policy, including the ethics of institutional responses to new and emerging infectious diseases. He holds a doctoral degree in the history of science and a master’s degree in medical anthropology from Harvard University.

King says that the issue of vaccine mandates is a big question with no simple, straightforward answer, and a question where context matters a great deal. For a vaccine mandate to be ethically permissible, he says that several conditions must be met. First, the benefits at a population-wide level must outweigh the risks. If a vaccine has dangerous adverse effects, then it is not ethical for a government to mandate its use.

Secondly, reasonable accommodations must be made for people who cannot receive a vaccine. King says that while there are differences of opinion on who should be accommodated, it is generally ethical for governments to mandate vaccinations as long as there are accommodations in place.

Concerns around medical ethics are what prompted one owner of an Ontario massage therapy practice to mandate staff vaccinations in his clinic. This practice owner and his family have been receiving threatening phone calls and emails due to the stand he took on vaccinations; he has agreed to speak to Massage Therapy Canada on condition of anonymity. Massage Therapy Canada has verified the source’s identity and the details of his story, and has granted him anonymity.

Bill (not his real name) owns a massage therapy practice in the Greater Toronto Area. Bill says that he was motivated to introduce a staff vaccine mandate in his practice in the summer of 2021, when he saw that the Government of Ontario was leaving the matter of vaccine mandates to private businesses. For Bill, the mandate was an important tool in ensuring staff and client safety.

“Ethically speaking, I couldn’t not mandate vaccinations,” Bill says. “I couldn’t sleep at night. And as a businessperson and a numbers guy, I was also playing the numbers. At the time, something like 80 percent of people in Ontario had received at least one dose of a vaccine. I thought to myself, ‘okay, I’ll keep 80 percent of my clients and 80 percent of my staff happy.’”

King says that if practice owners do want to institute their own vaccine mandates, this could be not only morally permissible, but a moral imperative:

When Bill introduced the vaccine mandate in his practice, the backlash was larger and more intense than he had anticipated. Bill says several of his unvaccinated staff members decided to part ways rather than get vaccinated, which caused his business to suffer.

“I figured that I’m in the healthcare space and I’m dealing with healthcare professionals,” Bill explains. “I would like to think that science has a leg up with these people, but I heard so many conspiracy theories and false statistics from my staff. I thought this would be a non-issue; I thought I was playing to the numbers. I did not anticipate as many unvaccinated massage therapists as there were.”

The most common objection Bill heard to the vaccination policy from RMTs was, “I’m healthy, I’m in good shape, I’m not overweight, I’ll be fine” – but he also heard several conspiracy theories and an abundance of false statistics, plus personal threats. While some of his anti-vaccine RMTs agreed to part ways amicably and respectfully, others were far more vitriolic.

“The response was, ‘Eff you, you’re leaving me high and dry, your decision isn’t rooted in science, and here are a bunch of Facebook videos you need to watch before you make a decision,” Bill says. “These are the same people who were asking for a religious exemption.”

Despite the backlash, a number of the other then-unvaccinated RMTs whom Bill had cut ties with have since changed their minds and have chosen to get vaccinated. These RMTs, who are at various stages in the vaccination process, are now asking to re-join Bill’s practice.

Regulators Leave Industry Adrift; Small Businesses Suffer
Bill says that with the industry’s relationship with insurers in a fragile state, he is disappointed that the regulatory colleges and massage therapy associations didn’t take a stronger stance on vaccines. He says that he was surprised and frustrated that the CMTO, RMTAO, and other regulatory bodies pretended the vaccine issue didn’t exist:

“I thought, ‘Why do I have to champion this?’ The CMTO’s job is to protect the public. A few years ago, they came out with a sensitive area consent form whereby if an RMT is treating an area considered sensitive, they need a signature and timestamp. The CMTO was very comfortable coming out with that mandate and taking a stance. So if their role is to protect the public, then why are they so silent now?”

King says the public has certain expectations of regulated healthcare professionals, including the expectation that healthcare professionals will follow their profession’s code of ethics – and be held accountable for violating it. The purpose of the regulatory bodies, he says, is to ensure these ethical obligations are met. Regulatory bodies like the CMTO have an ethical obligation to ensure the professionals they regulate are held to the highest possible standards, King explains, which includes taking seriously the question of whether or not RMTs should be required to be vaccinated.

“The history of medicine in North America is a history of tension between alternative practices and mainstream medicine,” King notes. “But these alternative providers want to be accepted by the mainstream so they can be covered by insurance and be more widely recognized as a legitimate practice.”

King says that governments and regulatory colleges have an ethical obligation to support practitioners by creating clear vaccination policies. Rather than leaving individual practitioners to implement policies on their own, he says it makes more sense for regulators to issue a statement defining the correct practice.

The future of COVID-19 vaccines and the massage therapy practice will depend on which direction the pandemic takes in the coming months. COVID-19 may become endemic, with the number of cases, hospitalizations, and deaths falling to an acceptable background level that does not overwhelm hospitals. Or, if a new variant emerges that has immune escape potential, there could be justification for new government mandates around vaccinations. King says the ethics of COVID-19 vaccination are context-driven and require flexibility:

“If COVID-19 becomes endemic, the government will likely recommend, but not mandate, vaccines in years going forward — like the flu vaccine. But we have to be flexible, and the ethical situation is very much driven by context. If the healthcare system is being overwhelmed, Canadians are going to accept pretty severe limitations on our rights and freedoms in order to try to get this pandemic under control.”

Mike Straus is a freelance writer based in Kelowna, British Columbia. He has written on health and science topics for Chiropractic + Naturopathic Doctor, Nutritional Outlook, Grow Opportunity, and more.