Carbohydrates are the body's main energy source during high-intensity, prolonged running, a new study published in the Journal of Applied Physiology reports. 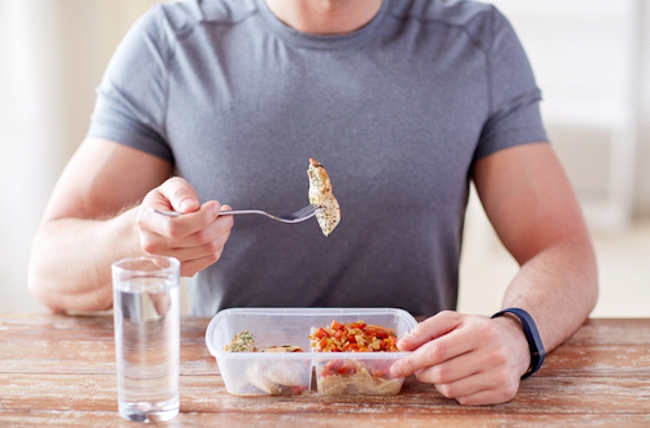 Muscles use carbohydrate and fat stored in the body as fuel during exercise, but the fuel sources differ in availability. Carbohydrates can be used immediately but have limited stores. Fats require additional processing steps before they can be used but have larger reserves in the body. Although carbohydrates are the main energy source during high-intensity exercise, recent studies have examined strategies to improve the muscles’ ability to burn fat instead of carbohydrates during prolonged exercise, proposing that this approach will enhance performance because fat stores in the body are larger than carbohydrate stores and can supply significantly more energy.

Researchers at Australian Catholic University’s Mary Mackillop Institute for Health Research tested the importance of fuel source to endurance sports performance by blocking the body’s use of fat. Male competitive half-marathon runners ran on a treadmill until exhausted at a pace 95 per cent of their best half-marathon time. They ate a calorie-free or carbohydrates meal before and during the run and took nicotinic acid to prevent the use of fat stores.

The researchers found that blocking the body’s use of fat did not affect the distance the runners covered before becoming exhausted. Blocking fat use also did not affect the use of carbohydrates. Carbohydrates contributed 83 to 91 per cent of the total energy used, the research team wrote. The study shows that for high-intensity, long-duration runs, exercising muscles prefer carbohydrates as their fuel source, regardless of whether the runner has eaten or not, says Jill Leckey, primary author of the study.

“Competitive runners should focus on dietary strategies that will increase carbohydrate availability before and during competition to optimize race performance in events lasting up to 90 minutes in duration,” according to Leckey.

Although the study was conducted in competitive runners, the findings apply to recreational runners as well, says Leckey. “It’s the relative exercise intensity, for instance the percentage of an individual’s maximal oxygen uptake or maximum heart rate, that determines the proportion of carbohydrate and fat fuels used by the exercising muscles, not simply the pace they are running.”

The article, “Altering fatty acid availability does not impair prolonged, continuous running to fatigue: Evidence for carbohydrate dependence,” is published ahead-of-print in the Journal of Applied Physiology.