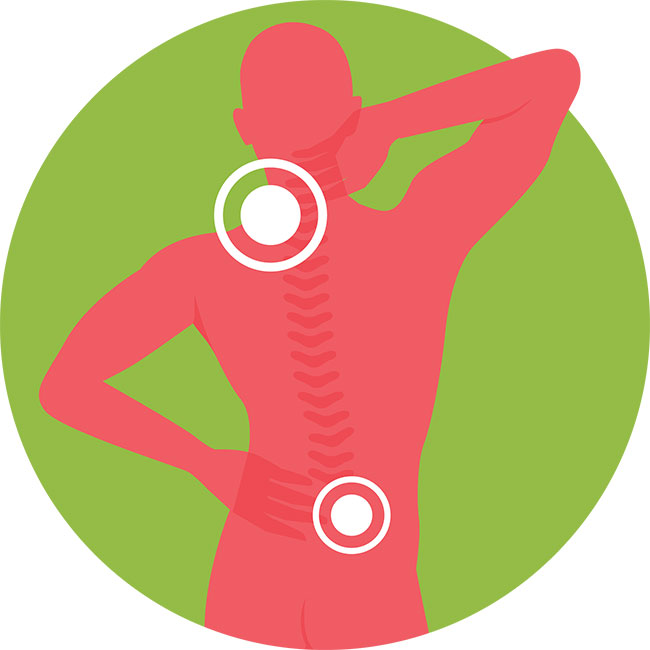 Chronic low back pain (CLBP) is associated with reductions in brain volume in areas involved in pain processing, reports a study in PAIN, the official publication of the International Association for the Study of Pain (IASP). The journal is published in the Lippincott portfolio by Wolters Kluwer.

“These findings suggest that CLBP is related to lower brain volumes of pain-related regions not only in clinical patients with severe pain but also in the general population,” according to the report by Mao Shibata, MD, PhD, and colleagues of Kyushu University, Fukuoka, Japan.

Brain atrophy in pain-related regions seems specific to CLBP. As part of an ongoing Japanese study of disease risk factors (the Hisayama Study), the researchers analyzed brain magnetic resonance imaging (MRI) scans from 1,106 participants aged 65 years or older. On a study questionnaire, 17.1% of participants reported having CLBP, defined as low back pain present for 3 months or longer.

The remaining participants reported no chronic pain or chronic pain in areas other than the low back. Older adults with CLBP had lower education levels, higher rates of high blood pressure and depression symptoms, and lower rates of regular exercise.

In analyzing the MRI scans, the researchers focused on 10 brain areas with evidence of involvement in pain processing. The presence of CLBP was linked to reduced brain volume (atrophy) in 4 of the 10 areas – the ventrolateral prefrontal cortex, dorsolateral prefrontal cortex, posterior cingulate cortex, and amygdala – compared to participants with no chronic pain. In addition, a “significant cluster” (the left superior frontal gyrus) with reduced brain volume was identified in a relatively large sample size by using the QDEC (the Query, Design, Estimate, Contrast interface) approach, a method that did not prespecify brain region of interest.

The patterns remained significant after adjustment for a wide range of sociodemographic, health, and lifestyle factors. For older adults with chronic pain in other areas, regional brain volumes in pain-related areas were no different compared to subjects with no chronic pain.

Among participants with CLBP, those with more severe pain had lower brain volumes in pain-related areas, suggesting a “dose-response” effect. Some of the affected areas differed by age group – ie, participants aged 65 to 74 years versus those aged 75 years or older.

Chronic low back pain is a very common problem and the leading cause of years lived with disability. Yet approximately 90% of patients with CLBP cannot identify any clear specific cause or origin of their pain. A growing body of evidence suggests that CLBP is associated with lower brain volumes in pain-related brain areas.

The new study adds new evidence of atrophy in pain-related brain areas in a large population-based sample, with varying degrees of CLBP severity or other types of chronic pain. The researchers emphasize that the study participants had not necessarily sought any treatment for CLBP. That’s a new finding, as most previous studies have focused on patients receiving care for severe chronic pain.

The researchers acknowledge some key limitations of their study: it cannot show any cause-and-effect relationship and cannot account for unmeasured factors, such as pain medication use, that might affect brain volumes. Dr. Shibata and colleagues conclude, “Further investigations are needed to clarify the mechanism underlying the association between CLBP and regional brain atrophy.”

Click here to read “Association between chronic low back pain and regional brain atrophy in a Japanese older population: the Hisayama Stud”