Health News Research Health
Does coffee burn more fat during exercise? What the evidence tells us 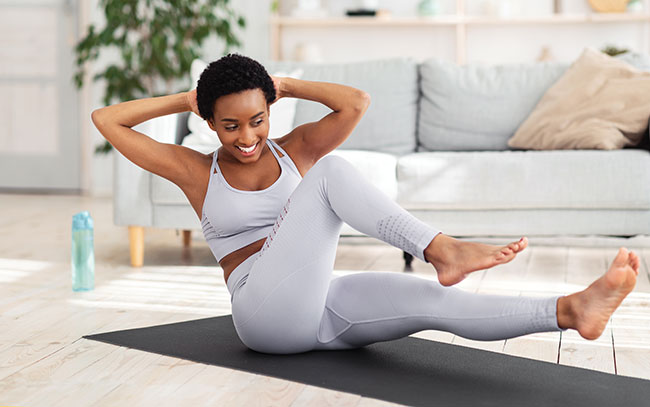 Coffee, green tea and other caffeinated drinks are a popular way to start the morning. Not only does it give many people a much-needed boost, but caffeine can also help when it comes to fitness. Studies show it can help people exercise harder and for longer, and even perform better. And recently, a study conducted at the University of Granada reported that consuming caffeine half an hour before aerobic exercise can actually help people burn fat.

In the study, 15 men (aged around 32) ingested caffeine powder (about 3mg per kilogram of body mass – the equivalent of a tall brewed filter coffee) or a placebo 30 minutes before exercising. The participants then completed a total of four trials. They alternated between exercising at either 8am or 5pm on separate days. The study used a “triple-blind” experimental design – meaning that the participants, researchers and statistician did not know who had consumed caffeine or not during each trial.

To ensure the participants were exposed to the same conditions as each other, the researchers made sure it had been at least three hours since their last meal before the caffeine or placebo was ingested. No exercise had been performed for 24 hours before the trial. Each participant consumed the same diet the day of each trial.

During the trials, the participants cycled at increasingly higher intensities to determine peak fat oxidation (the process of breaking down fat to produce energy – “fat burning”). The researchers found that compared with the placebo group, consuming caffeine led to more fat being burned during exercise.

Fat burning after caffeine was up to 11% more in the morning, and 29% more in the afternoon. The greater fat burning in the afternoon could be explained by the higher concentration of adrenaline in our bodies which happens as a response to afternoon exercise. But before you get too excited, even with the higher afternoon rate of 0.4 grams of fat burned per minute, in order to lose 1kg of body fat, one would have to exercise for nearly 42 hours.

The study’s findings confirm what other research has previously shown. A recent meta-analysis of 19 studies concluded that a pre-exercise intake of caffeine may increase fat burning during aerobic exercise, especially after a fasting period of at least five hours. Research has also shown caffeine increased fat oxidation from 19g an hour with the placebo group, to 25g with caffeine while cycling at maximum fat burning capacity. These results are comparable to the amount of fat burned in the afternoon in the new study.

Burning more fat after ingesting caffeine may be explained by the interaction between caffeine and our body’s fatty acids. Fatty acids are the building blocks of fat and can supply the body with energy.

Caffeine promotes lipolysis (the process by which fats are broken down), due to a greater release of adrenaline. Lipolysis then causes fatty acids to be produced as a result. These fatty acids are then released into the blood and transported to muscle to be used as energy.

Caffeine’s fat-burning abilities are also related to increased energy expenditure. The compound adenosine under normal conditions, promotes sleep and suppresses arousal. However, caffeine and adenosine compete for the same receptors in the brain. So when caffeine is available, adenosine is less able to bind, causing greater stimulation of the central nervous system. During exercise this means more muscle fibres are being used during movement.

In addition, people feel exercise requires less effort after consuming caffeine. Having caffeine before exercise has also been shown to make exercise more enjoyable. These factors combined may subsequently make us work harder while exercising – which in turn may cause us to burn more fat during exercise.

But it’s important to note that the effects in this most recent study may have been increased due to this exercise being performed in a fasted state. When exercising without eating before, fat oxidation is naturally higher. Furthermore, the authors acknowledge that the present study used only a small cohort, and was only performed in active men who typically consumed only a small amount of caffeine. This study will need to be tested on a wider cohort that includes women, people who are less active, and those who regularly consume caffeine to see whether caffeine had a similar fat-burning effect.


However, studies have reported that men and women respond similarly to caffeine, and that the amount of caffeine people regularly consume doesn’t affect the performance benefits of caffeine.

The placebo effect – in which people expected to feel the effects of the caffeine – may also have affected the study’s results. For example, one study showed the placebo effect had similar outcomes for fat oxidation during exercise as actually receiving caffeine.