With the intense focus on the looming legalization of physician-assisted dying, the kind of help most Canadians facing death will actually seek for easing their suffering seems to have quietly faded into the background. 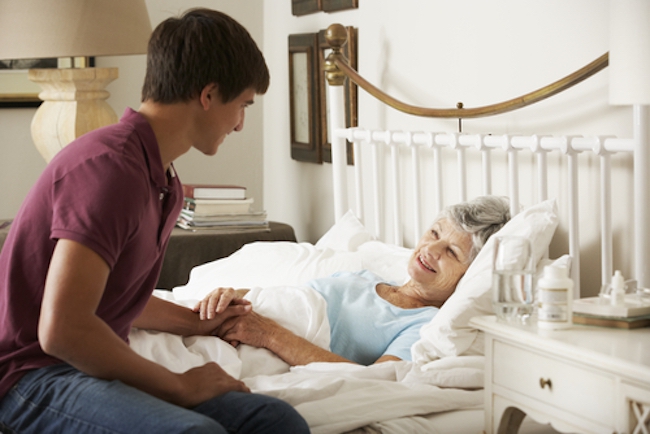 Yet palliative care is intended to prevent the very end-of-life physical and psychological distress that are at the heart of the Supreme Court of Canada’s decision to allow patients to pursue medical aid in dying – if they so choose.

“They’re not the same thing, but people seek them out for the same reasons,” Dr. James Downar says of assisted dying and palliative care.

“It’s all about quality of life, not quantity. It’s about autonomy and taking control of their end-of-life circumstances.”

On June 6, physician-assisted dying will become legal in Canada, although who will be eligible and under what circumstances is still unclear. The Liberal government’s proposed law on the issue is still being hotly debated by MPs and could face amendments once it moves to the Senate.

In countries such as Switzerland and the Netherlands, where medical aid in dying has been legal for decades, only two to three per cent of all deaths occur with a doctor’s help, says Downar, a palliative care specialist at the University Health Network (UHN) in Toronto.

In Oregon, one of a handful of U.S. states that allows patients to seek assisted death, that figure is a mere 0.2 per cent. And 90 per cent of those who received help to end their lives were enrolled in palliative-care programs, he says.

“Everyone wants the choice; very few people will take it,” says Downar, who nevertheless supports a patient’s right to decide when and how their life will end.

“Regardless of whether you legalize or don’t legalize assisted death, you still need to develop a robust system of palliative care to treat the 97 to 99.8 per cent of the population who are going to take something other than assisted death as their option.

“And you certainly don’t want anyone to ever take that option simply because they didn’t have access to palliative care,” stresses Downar, noting that such end-of-life services are not equally available in all parts of the country.

Providing relief from pain and other symptoms is a key principle of palliative care, which was originally developed for terminal cancer patients. Care teams often include nurses, physical therapists, social workers and chaplains, who focus on providing comfort and support as death approaches.

Effective pain control was of utmost importance for Cameron Douglas when his wife Lynn was moved from the Princess Margaret Cancer Centre to Kensington Hospice, a homey 10-bed palliative-care facility in downtown Toronto, in mid-March 2013.

Diagnosed three years earlier with breast cancer that would spread to her bones and later her lungs, his wife had been stoically undergoing chemotherapy and radiation treatments – even continuing to work from her bed at Princess Margaret as her health continued to decline, says Douglas.

“After a period of time, it became evident that we weren’t going to win the battle. When we went into the Kensington, we knew it was just a case of time.”

Douglas’s reference to “we” isn’t accidental: palliative-care programs are designed to support both patients and their loved ones.

“You realize that it’s not just the patient that’s in it, it’s (also) the family and close friends,” says Douglas, whose two sons Scott and Todd, both in their 30s, were at their mother’s side throughout her stay in hospice. They took turns with their father bunking in overnight as her life ebbed away.

“Having gone through it, I think it is marvelous what palliative caregivers do to make things as comfortable, not only for the patient, but for the family members as well,” he says, adding that staff encourage loved ones to bring photos and other mementoes of home into a patient’s room.

“They really reach out. They were terrific at conveying concern, but also care. And comfort was a huge part of what we were looking for for Lynn in the final stages.”

Part of the role of palliative care providers is also to help patients through what’s often called “existential distress,” which includes anxiety over their worsening illness and fear about their impending death.

Dr. Gary Rodin, head of psychosocial oncology and palliative care at UHN, says facing the end of one’s life from an incurable disease, for instance, can be a dehumanizing experience.

The person’s sense of identity is usually diminished and their ability to function independently is progressively eroded, leaving them feeling vulnerable and alone, he says.

Beyond the fear of physical suffering as they get sicker, patients can also experience distress over such questions as what meaning their life has had; will they be alone when death takes them; and for some, concerns about God and an afterlife.

At UHN, which includes the Princess Margaret Cancer Centre, Rodin and his team have created a program called Managing Cancer and Living Meaningfully, CALM for short, which has been taught to palliative care providers all over the world.

Among CALM’s objectives is giving patients the chance to discuss with staff caregivers their fears and concerns related to dying, subjects that family and friends may not feel comfortable hearing about – let alone broaching.

“We need to treat the person, as well as the cancer.”

For Douglas, being with his wife of 39 years in the gentle and dignified surroundings of the hospice gave the couple the opportunity for some intimate end-of-life conversations – and time to say goodbye.

Lynn Douglas slipped away, her husband and sons at her side, on April 23, 2013, a little over a month after entering Kensington Hospice. She would have turned 64 the next day.

“I had an opportunity to express my love to her many times. My two boys did, as well,” says her husband, his voice catching with emotion as he describes how being together as a family further strengthened the bond with his sons.

“I am so thankful for that time we had together.”