Drivers who have been diagnosed with fibromyalgia appear to have an elevated risk of being involved in motor vehicle crashes, even years after their initial diagnosis, research suggests. 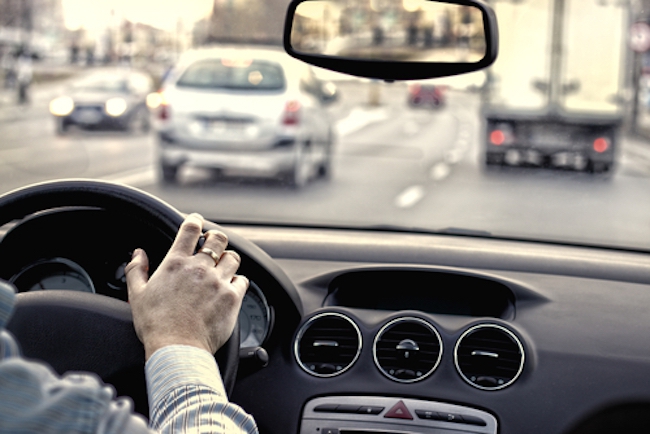 A study in the July issue of the Journal of Rheumatology found that individuals with fibromyalgia had more than twice the risk of being in a serious automobile accident that sent them to a hospital emergency room, compared with the driving population as a whole.

“We’re not looking at the sort of fender-benders here,” said principal researcher Dr. Donald Redelmeier, a senior scientist at the Institute for Clinical Evaluative Sciences (ICES) in Toronto.

Fibromyalgia is a syndrome that affects at least 400,000 Canadians, but the numbers may be much higher. The condition, which disrupts nerve function, causes fluctuating symptoms, such as muscle pain, fatigue, insomnia and joint stiffness.

There is no known cure, but symptoms can be treated with medications, lifestyle changes and stress management. The exact cause is unknown, but in some cases, trauma caused by a motor vehicle accident has been linked to subsequent onset of symptoms.

The patients accounted for 1,566 serious motor vehicle crashes during the year prior to their diagnosis, the study found. In the year following a fibromyalgia diagnosis, the group was involved in 738 traffic collisions.

Redelmeier said these patients didn’t necessarily cause the accidents – the analysis did not look at fault – and there was no way of determining whether symptoms like pain, stiffness and fatigue might make it more difficult to “avoid a crash that was set up by somebody else.”

“Lots of studies have examined fibromyalgia as a consequence of a motor vehicle crash. But this is the first to our knowledge with the idea of testing whether it might be one of these underlying medical conditions that could contribute to a future motor vehicle crash.”

The study determined the risk for drivers with fibromyalgia is about five crashes per 1,000 individuals per year, compared with two per 1,000 per year among the overall driving population.

“And it was particularly high if the patient also had a co-existing psychiatric condition such as depression,” he added.

However, those who were receiving ongoing or “dedicated” fibromyalgia care – including better rest, physical activity and treatment to improve sleep, depression and pain control – had a somewhat reduced risk of harm.

“We found that it was effective,” Redelmeier said. “It doesn’t return these people to the absolute population norm, but it seemed to make a significant difference in reducing the individuals’ risk of a serious motor vehicle crash. So that medical care could be effective for mitigating – but not totally normalizing – roadway hazards.”

Fibromyalgia is not among medical conditions, such as epilepsy and narcolepsy, included in fitness-to-drive guidelines, but because it can cause functional impairment in some people, the researchers suggest doctors should consider reinforcing messages about road safety.

“If you’ve got fibromyalgia, it doesn’t mean you can’t drive a car. But the standard safety suggestions would merit reinforcement: always wear a seatbelt, follow the speed limit, signal your turns and minimize distractions,” Redelmeier said.

“And if you’ve got fibromyalgia, absolutely do not be using a cellphone when you are driving. That’s just inviting trouble.”

Dr. John Pereira, a pain specialist at the University of Calgary who co-authored Canada’s 2013 fibromyalgia treatment guidelines, called the study “groundbreaking research” that will lead to needed conversations about driving safety between doctors and patients with fibromyalgia.

“Some patients with this condition suffer from unrefreshing sleep and poor daytime concentration, which may explain the higher risk of traffic accidents,” said Pereira, who was not involved in the study.

“But we must equally emphasize that hundreds of thousands of Canadians with fibromyalgia drive safely to work every day,” he stressed.

“Our challenge now is to proactively identify those patients for whom there is the greatest danger, as this study also showed dedicated fibromyalgia care could help mitigate their risk.”