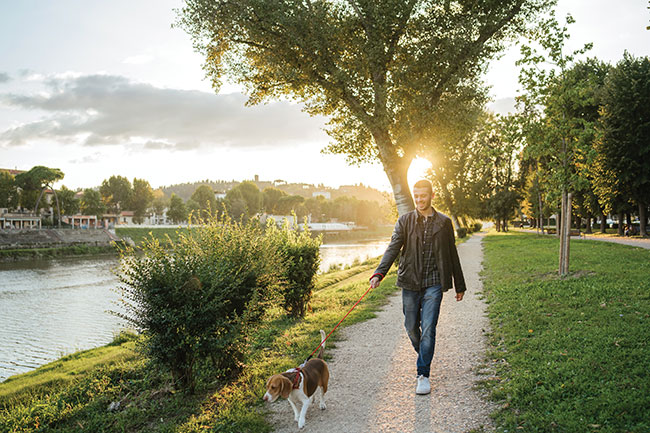 Many people with rheumatoid arthritis avoid exercise for fear that it may make their arthritis worse. While it may be hard to exercise with arthritis, staying as active as possible has actually been shown to reduce pain and improve symptoms. This is because our bodies are designed to move.

Rheumatoid arthritis, which affects approximately 400,000 adults in the UK, is a long-term condition that causes pain, swelling, and stiffness in the joints due to inflammation. Muscle weakness and fatigue are also commonly reported symptoms. People may also experience flare-ups, which are periods where their symptoms become worse.

Although there’s no cure for rheumatoid arthritis, there are many treatments available, such as disease modifying anti-rheumatic drugs. These ease symptoms, slow down the condition’s progress and reduce joint pain and inflammation. Lifestyle changes may also be recommended – including changing diet, or attending physiotherapy, which can help improve fitness, flexibility and strength.

According to research, exercise has anti-inflammatory effects. This is important as chronic inflammation may lead to certain diseases – such as diabetes. Exercise reduces inflammation by reducing fat and increasing the production and release of anti-inflammatory molecules from our muscles. Given that inflammation is a primary cause of joint pain in rheumatoid arthritis, this may be why exercise is shown to improve symptoms.

After 12 weeks, there were statistically significant differences in physical function – as shown by their hand-grip strength (a measurement of upper body strength and overall strength) – between those who exercised and those who didn’t. Those who took part in exercise also had lower disease activity than those who did not – meaning they had fewer swollen joints and signs of inflammation in their blood.

A study published in 2020 found the same thing – that exercising alongside standard treatment helps to improve symptoms. The study looked at 66 people with rheumatoid arthritis, half of whom followed a personalised, three-month exercise programme. Those who exercised had a reduction in inflammation in the blood, and had better hand-grip strength and cardiovascular fitness alongside improved cognition.

Based on all available evidence, it’s recommended that people with rheumatoid arthritis get at least 150 minutes of moderate intensity or 75 minutes of vigorous intensity physical activity each week. The type of exercise can be anything from brisk walking to cycling. But to see benefits, it’s important this exercise is at least vigorous enough that it leaves you slightly breathless.

Patients should also do a variety of strengthening, stretching and balancing exercises to improve strength and flexibility. Some examples of these include pilates, yoga, or swimming.

There are still many questions that we need to answer – including what type of exercise is best for managing symptoms, and the minimum amount needed to reduce inflammation. We also don’t know what types of exercises are better suited to patients at different stages of the disease. But while researchers continue to search for these answers, we do know that exercise can be used to help improve the lives of sufferers from this debilitating condition.