In 2010, a patient of mine was diagnosed with bilateral venous insufficiency. At the time, she was prescribed a general topical cream to aid in decreasing the swelling and discolouration that was already occurring in her lower legs. 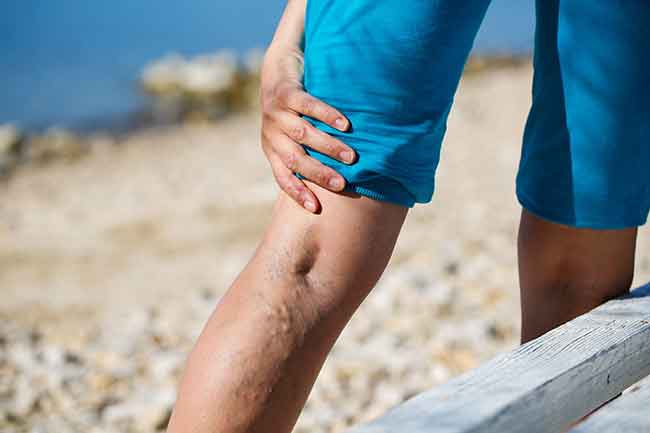 The cream proved to be of no help and, after stopping usage, she began – and is still, currently – taking hydrochlorothiazide to control the swelling.

In 2015, after no change in the lower legs, she was referred to a vascular surgeon at the Ottawa Civic Hospital for consultation and surgery. At this point in time, my patient thought surgery was her only option for treatment. Fortunately, the surgeon thought otherwise, and referred her for massage therapy – specifically, lymphatic drainage.

Chronic venous insufficiency (CVI) results from inadequate venous return over a long period of time. Many factors can contribute to decreased flow, but venous distension generally develops in females who habitually stand for long periods of time, cross their legs at the knees, are overweight or have had previous leg injury or surgery. These factors can lead to inflammation of the local tissues and vessels, resulting in chronic pooling of blood in the veins of the lower extremities.

Assessment
Some of the classic presentation and symptoms of CVI include: swelling in the lower leg; hyperpigmentation of the skin in the affected area; decreased range of motion at the knees and/or ankles; and pain and discomfort with prolonged standing. CVI can affect one or both legs.

Upon initial assessment, the patient informed me that her doctor and surgeon cleared her of any underlying medical conditions or embolisms that could affect treatment.

After reviewing her initial intake forms and discussion, we noted that the swelling in her lower legs began one year after having double knee replacement. In addition to this, she states that she stands for long periods of time cooking, taking only a few breaks, and with no use of compression stockings.

Range of motion testing at the knees proved to be normal, but movements through both ankles were limited. My client reported increased pain with increased palpation pressure. Swelling was non- pitted edema.

Treatment plan
Measurements of both lower legs were taken pre- and post-treatments to track the changes in swelling and tissue. Using a soft tape measure, we tracked the girth where swelling was most prominent – at the belly of the gastrocnemius.

Measurements were taken while the patient was prone. Initial measurements pre-treatment were: right leg 45cm, and left leg 44cm.

We decided that treatment would be received once a week for four weeks. It would include: hydrotherapy to the inguinal lymph nodes; elevation of legs; nodule pumping at the terminus and proximal lymph nodes; short, soft strokes moving fluid proximally while working distally; and soft tissue release of tight muscles where swelling was not a factor.

Overall, this treatment was aimed at decreasing swelling, improving blood flow back to the heart and increasing range of motion.

In addition, I decided to give my patient home care exercises to do in between treatments to help improve her symptoms. These home care assignments consisted of: elevation of the legs for 20 minutes at the end of each day; regular breaks from standing throughout the day; ice to affected areas when painful; and the use of compression stockings.

Outcomes
After two weeks of treatment and home care exercises, positive changes were occuring and being reported by the patient.

By the four-week mark, my patient reported no pain through her legs. She stated that she was able to stand for long periods of time – more than one hour – in the kitchen, with no pain or increased swelling. She reported that her legs felt lighter and thinner.

Following the four-week mark, we extended treatment and reduced the frequency to once every two weeks. We did this for the next two weeks.

Measurements of the lower legs stayed the same as they had at the re-assessment at four weeks, and pain for my client was no longer an issue.

Home care exercises remained the same, with the addition of stretching through the gastrocnemius and ankle joint.

Currently, treatment has been further reduced to once every three to four weeks, to maintain tissue health, proper blood flow and range of motion.

This was a life changing treatment for my patient, who initially thought thought she would have to live with the pain and swelling for the rest of her life.

Massage therapy and lymphatic drainage proved to be very beneficial for her and her condition. I am pleased to say that she has a newfound love for massage therapy – and her legs.

Lymphatic draining is a simple and gentle, yet highly effective treatment.

Chelsea McLean, RMT, works in Ottawa, Ont. She graduated from Algonquin College in 2012 and works out of Apollo Physical Therapy Centres. In her practice, she encourages physical exercise and all-around wellness to care for and relax the body, mind and soul. You can reach her at chelsea@apolloptc.ca.