Features Research
Go ahead, exercise before bed: Physical activity in the evening does not cause sleep problems

Even among sleep researchers, it is a widely held belief that sleep quality can be improved by avoiding exercise in the evening. However, as researchers from the Institute of Human Movement Sciences and Sport at ETH Zurich have demonstrated, it is not generally true. 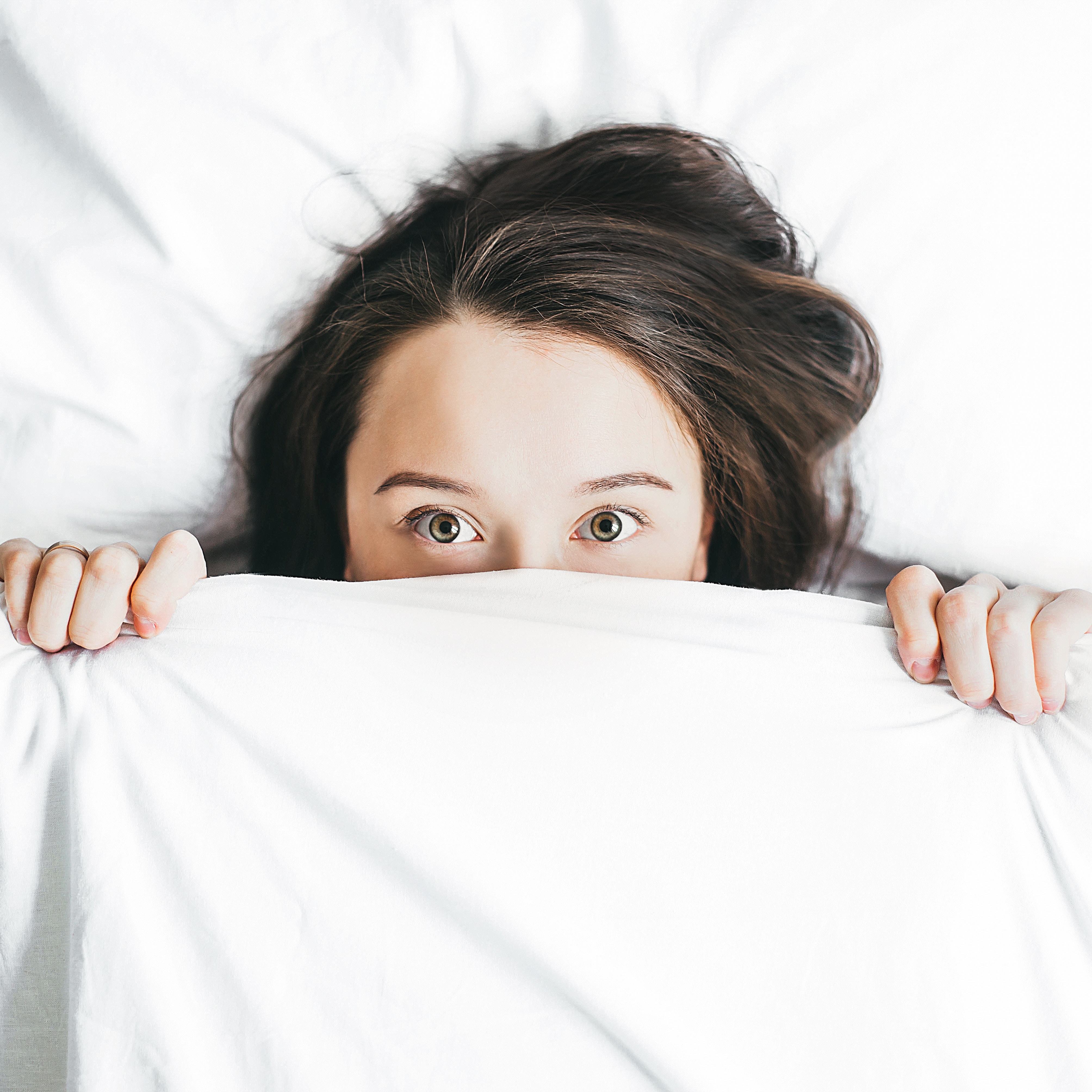 The scientists combed through the literature on the subject and analysed all 23 studies that met their quality requirements. They concluded that doing exercise in the four hours before going to bed does not have a negative effect on sleep. “If doing sport in the evening has any effect on sleep quality at all, it’s rather a positive effect, albeit only a mild one,” says Christina Spengler, head of the Exercise Physiology Lab at ETH Zurich.

By combining the data from the different studies, the researchers showed that in the night after study participants had done some sport in the evening, they spent 21.2 percent of their sleeping time in deep sleep. Following an evening without exercise, the average figure was 19.9 percent. While the difference is small, it is statistically significant. Deep sleep phases are especially important for physical recovery.

An exception to the rule
Vigorous training within an hour before bedtime is an exception to the rule. According to this analysis, it is the only type of evening exercise that may have a negative effect on sleep. “However, this preliminary observation is based on just one study,” Spengler says.

As the analysis showed, it took study participants who completed an intensive training session shortly before bedtime longer to fall asleep. The study also provided insight into why this is the case: the test subjects were not able to recover sufficiently in the hour before they went to bed. Their hearts were still beating more than 20 beats per minute faster than their resting heart rate. 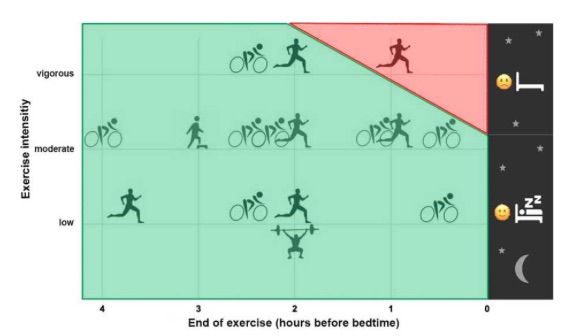 Moderate intensity exercise shortly before bedtime does not negatively affect sleep. At most, vigorous exercise close to bedtime might have a negative effect. Each symbol in this overview represents one set of experimental data. (Visualisations: ETH Zurich / Jan Stutz)

Possible sleep problems are no excuse
According to the official recommendations of sport physicians, people should do at least 150 minutes of moderate exercise each week. Many may ask themselves: should I exercise in the evening if I didn’t have time during the day, or will that have a negative effect on my sleep? “People can do exercise in the evening without hesitation. The data shows that moderate exercise in the evening is no problem at all,” says Jan Stutz, a doctoral student in Spengler’s research group and lead author of the analysis, which was published in the journal Sports Medicine. Moderate exercise did not cause sleep problems in any of the studies examined, not even when the training session ended just 30 minutes before bedtime. “However, vigorous training or competitions should be scheduled earlier in the day, if possible,” Stutz says.

Stutz and Spengler point out that they examined average values over the course of their analysis, which made only general statements possible. “Not everyone reacts to exercise in the same way, and people should keep listening to their bodies. If they notice they are having problems falling asleep after doing sport, they should try to work out a little earlier,” Stutz says.

“It is well known that doing exercise during the day improves sleep quality,” Spengler says, adding: “Now we have shown that, at the very least, exercising in the evening doesn’t have a negative effect.”