Perhaps the most dynamic part of our industry, is the story of the hands behind it. Individuals are attracted to the profession for radically different reasons and they run the gamut from sudden unemployment to health concerns to unexpected epiphanies. Often, it’s not a direct path after high school. For many, it’s a second or possibly third career choice. 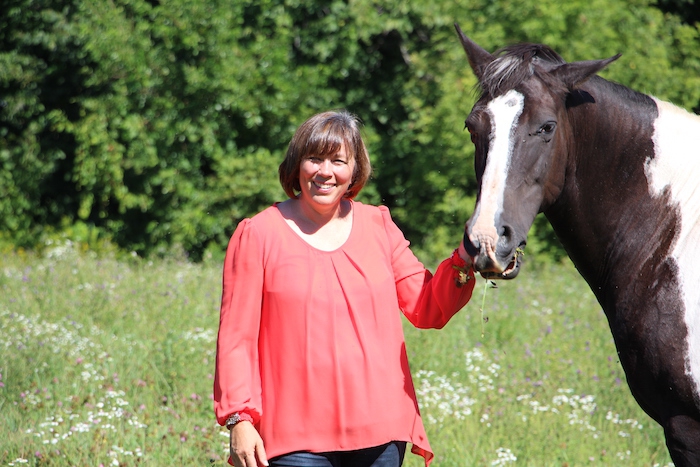 The days of a predictable life defined by a single career with one company and a tidy retirement wintering in Florida has evaporated in a job climate that is ever changing. Second marriages, second mortgages, caring for elderly parents, financing children through university (while they live at home) —every dimension is shifting.

Once upon a time, you could complete a multiple-choice questionnaire about your personality and interests and it would spit out three viable career choices for you. Nowadays, a typical career path might divert in five or six different directions.

For three women in their 50s, returning to the classroom was daunting, but necessary. Here’s how massage therapy chose an organic farmer, a car parts factory worker and a feminist arts theatre company manager.

Taking a detour
“I had my heart set on becoming a massage therapist back in the ’70s, right after high school. I had read a magazine article about it and was intrigued, but my dad didn’t approve. I kept revisiting the idea but the door just didn’t open.”

For Connie Phillips, her path was a winding one. Life as an organic farmer in Oxford County, Ont., was taking its physical toll. She tended to 80 acres of soybeans, 4,000-layer hens and converted a pig barn to raise over 500 turkeys (making hers the second largest turkey farm in Canada).

When she injured her back and spent two weeks in idle recovery, she was inspired by a visit with an uncle over Christmas. He was conducting a “life review” and considering a career shift. He had a BA in psychology and a masters in divinity. Phillips was intrigued, unaware that she could pursue a masters in divinity. Nine days later she was sitting in a classroom, enrolled in pastoral counselling and psychotherapy at Wilfrid Laurier University (WLU).

She spent five years working as a psychotherapist and recognized early on that people were holding pain in their bodies.

“I knew that coping mechanisms and survival instincts were hardwired in the body in the heart and gut’s neuro receptors. I wanted to tap into that,” Phillips says.

Her “body curiosity” announced itself in an unexpected way, years later. Keen to take her psychotherapy background and complement it with the healing touch of massage therapy, she found herself immersed in the program at the Canadian College of Massage and Hydrotherapy (CCMH). It was a transformative season of emotional healing for her.

One month into the curriculum, students paired off to begin treatment of the posterior leg. Phillips was unaware that the trauma of being held at gunpoint by her husband years earlier had “locked” inside her legs. Immediately, and for three days after her treatment in class, her legs twitched and trembled.

Shaken and concerned, she approached an instructor who recommended a parasympathetic massage. She had awakened stored adrenalin. Assembling her past, Phillips learned that her cells had stored the trauma and accumulated. She was displaying classic symptoms of PTSD.

“In addition to the demands of school, I was coping with triggers that were coming at all angles—particular seasons, certain personalities, smells, even tall people would set me off,” Phillips recalls. She began communicating with her body, accepting that PTSD was a healthy neurological response in coping and protecting herself.

She wanted to be able to treat clients as holistically as possible, not in a traditional reductionist approach. In her current practice, she is keyed in on muscle memory, working with compassion and translating that to a client so they can honour themselves and begin healing.

When talk therapy isn’t wanted or effective, Phillips now has other tools to employ. Ideally, she’d like to have a home-based practice where she can wear different hats. In 2014, she added a masters in spiritual emotional care in psychotherapy from WLU to her arsenal. Having recently purchased a former rural doctor’s house, with an office conveniently in the front, the walls of the 1840s home will hear a few more stories yet.

Her path was entirely uphill as Phillips started the CCMH program at 49. “My body was worn out from years of farming, I had pre-existing back issues, subluxations and poor posture.” Her choice was met with raised eyebrows by many. Ironically, she was able to recover and re-educate those muscles and her body has never felt so attuned.

Massage therapy was a career she wanted to enter in the ’70s, but her father disapproved. She has no regrets, her journey through psychotherapy has added to her breadth and compassion. “Now was the right time,” she says.

Manufacturing a new career
Shelly Martin-Ganson worked at an interior car parts plant as an assembler, team leader and liaison for 22 years. In 2009, the plant announced bankruptcy and employees had a year to hatch a new game plan.

Martin-Ganson was 49. Who would hire her?

She had been divorced for over 20 years and was taking care of her 87-year-old mother who had lived with her for 23 years. Finances were paramount – she needed to support her mother and be able to provide care for her at home.

While working in the factory a co-worker would periodically come up behind Martin-Ganson and massage her shoulders. She started returning the favour and he commented on how good she was at navigating the tight spots. She began approaching friends the same way, and the response seemed to be universal. She had the touch.

In 1996, no schools in the area offered evening classes for massage therapy. Instead, Martin-Ganson enrolled in an aromatherapy program at Gina’s School of Esthetics in Waterloo, Ont. When she received her certificate, she offered massages in her home to her co-workers. The factory allowed her to do on-site massages a few days a week as well.

Martin-Ganson was accepted into a second career program after opting for a company buy-out plan. “I jumped hoops to learn resume writing, CPR and a few other requirements the government had and was accepted into CCMH. And I plan on working until I’m 67 if my body holds up.”

Graduating in 2010, the shift from factory to spa life makes sense for Martin-Ganson. Her mother died a year ago, but the career jump allowed her to continue home-based care for her mother, and eventually establish a home-based business for herself.

It was time for an oil change and now she’s revving with eucalyptus essential oils and building better bodies instead of cars. She is now working less and being paid more than her years in the factory, which ironically, was bought out by Chrysler and remained open.

From farmer to massage therapist

A different vision
For Linda Brown, massage therapy is actually her third career. In her early 20s, she was an early childhood education teacher working with autistic students. She shifted to non-profit theatre and cannonballed into arts administration.

“I ran a feminist theatre company, worked for 10 years in an arts funding agency and then worked in film production and social marketing,” Brown says. “My role – supporting and promoting the work of artists and arts organizations – involved a lot of computer work.”

Excessive computer work led to chronic neck and shoulder pain, and what she initially thought was simple eye strain. Brown soon learned it was a slowly progressing disease that would require cornea transplant surgery.

She felt stuck, especially knowing that she could no longer clearly see the computer screen she relied upon heavily for her job. Brown began considering career options that didn’t rely on clear vision, unsure of how the disease would progress.

During a random massage treatment, her therapist told her that she’d make a good RMT, and the seed was gently planted. The notion had never occurred to her. Brown was attracted to the independence, setting her own goals, direction and working as much or as little as she wanted. It would involve doing something meaningful.

She quit her job and enrolled at Sutherland Chan Massage Therapy School with the financial boost of student loans and family support. As her vision deteriorated, she would ask fellow students to read blackboard notes aloud to her. She used a magnifying glass to study and write exams. At 58, she was the oldest person in her class, although, she was in the company of a few “mature” students in their 30s and 40s. Brown received her registration in the mail on her 60th birthday in 2010.

In the last five years she has had two cornea implants and can now see perfectly.

She is wise to respond to any pain in her body by adjusting the way she is working. Her income has been substantially reduced since she entered the field but she has no regrets. Finding satisfaction in a solo practice two to three days a week, and at a spa, she plans to work another five years or longer.

“And my Canada Pension can now supplement my RMT income,” she declares.

Phillips, Martin-Ganson and Brown are solid proof of this profession’s diversity and strength. The stories behind our hands have endless beginnings.

Jules torti, RMT, has been in practice since 1999 and a freelance writer since age six. In between massage engagements, she travels to Africa to be with chimpanzees and writes about her zany travels for Matador Network.
Print this page