Funding home care and long-term care is fast becoming the main challenge of our outdated medicare system.The system was developed in the mid-20th century for a young population that mostly required acute care from hospitals and physicians. But that need is changing rapidly with our aging population. 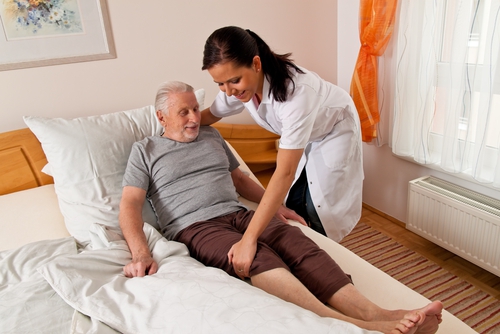 The Canada Health Act states that all “medically necessary” services should be covered by public funding. The chronic diseases of today’s aging population render the existing definition of medicare coverage obsolete. Our health system routinely fails to address the complex needs of seniors.

Canadian baby boomers are getting older and many will soon require home care and long-term care. We need important reforms now to fund the health-care system they will soon need.

The perverse effects of our system of health funding result in the use of costly resources from hospitals and other institutions to respond to disabilities and chronic conditions, instead of using more cost-effective home-care services. In the current funding paradigm, which prioritizes hospital and acute care, it is unrealistic to expect that home care will be prioritized.

It is equally unrealistic to believe the elderly will have the fundamental freedom to choose their living environment or care providers without basic reforms in how the system is financed.

As it stands, many older Canadians in most provinces have to endure the tyranny of public institutions that decide the level of home-care services provided, the limits of any home care and even the time a senior should leave their home for long-term care and where they should move. This is unacceptable.

After a long career of research in health services for older people, I became Quebec minister of Health and Social Services in 2012 in the minority government of Pauline Marois. In a recently published article in HealthCarePapers, I outline how one of my top priorities was to implement an Autonomy Insurance (AI) plan. It was an attempt to introduce publicly-funded long-term care insurance, including home care, in the health-care system.

Similar systems have been introduced with success in many countries, such as Germany, France, Japan and South Korea. The design of the plan was based on the assessed needs of the elderly and those with disabilities. The benefit would fund public institutions or purchase services from private providers. Case managers, already in place in Québec as part of the integrated service delivery system, would perform assessments and help users and their families plan services and decide how to best use the AI benefit.

The funding of the AI plan was based on general tax revenues without any capitalized funding (pay-as-you-go), under a separate protected budget program. Although requiring a budget increase, the AI would be affordable and less expensive than the status quo. All the legal, administrative, funding, training and contractual issues were dealt with, in anticipation of the plan’s implementation in April 2015.

Bill 67, creating the plan, was introduced in the National Assembly of Québec in December 2013. Unfortunately, the minority government was defeated in April 2014 and the bill died.

Bill 67 demonstrated that a long-term care insurance plan is feasible within our universal tax-funded system. While the bill was stillborn due to political circumstances, its underlying concept still has merit.

Clearly, our hospital- and physician-centred health-care funding model is not appropriate for our aging population. A different approach is needed to ensure that home care and long-term care are funded appropriately.

An insurance plan like the one conceived by Québec should be implemented by the provinces.

It is also technically feasible for the federal government to put forward a long-term care program and partially fund it, as was done in the 1960s for the health insurance system at that time. This would be a major step to improving health care in this country and a judicious use of federal health transfer payments in the coming years.

Is the federal government ready to negotiate with the provinces on an issue that has historically been a political minefield? To improve an antiquated health-care system, ensure its long-term sustainability and responsiveness to the needs of older Canadians, it is worth trying to get a consensus around this issue.

—–
Réjean Hébert is a geriatrician and gerontologist, and advisor with EvidenceNetwork.ca. He is also professor at the School of Public Health, Université de Montréal; former scientific director of the Institute of Aging; and former minister of Health and Social Services in Quebec, 2012-14.