German psychologists investigate advice given on the internet 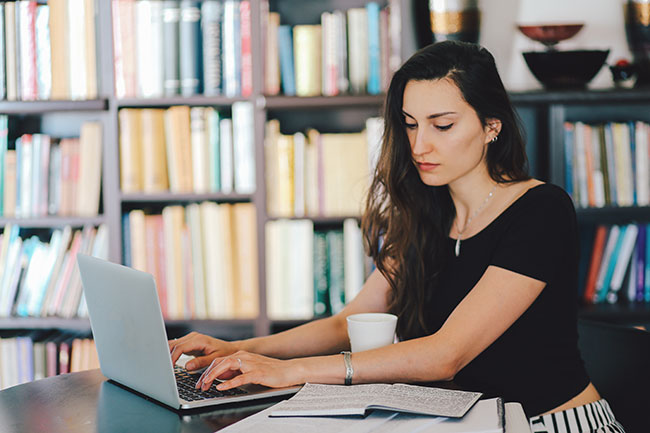 More and more, people are using internet forums as first place to look for information on health issues. However, the scientific medical information being provided there is often so complex that laypeople are barely able to form considered judgements on the content of much of the advice. One criterion which users apply instead in evaluating the information is the style of the language used. This is the result of the research carried out by psychologists at the University of Münster (Germany). In an online experiment, the test persons placed greater trust in authors in health forums – and also found their recommendations more credible – when the articles were formulated in a neutral style, rather than containing many positive adjectives. The study has been published in the Journal of Medical Internet Research.

In an online experiment, the researchers showed articles in a health forum, formulated in different ways, to 242 test persons. The articles contained an author’s assessment, in reply to a woman’s enquiry, as to how effective a certain medication was. Depending on the test conditions, the test persons read either a piece of advice containing a large number of positive adjectives such as “outstanding” and “excellent”, or a comment formulated in a neutral way. The result was that the test persons rated the author of the article with the positive language as being less trustworthy. They attributed to him not only a lower level of goodwill and integrity, but also more manipulative intentions. The advice offered by the author was also considered to be less credible than that given in the neutrally formulated article.

The author’s professional background, on the other hand, had no influence on the assessments given by the users. In the experiment the author described himself in one case as a researcher at a university, in another case as someone representing the interests of the pharmaceutical industry. “This is an interesting result, because in an earlier study we were able to demonstrate that a person’s profession can in fact influence the trustworthiness and credibility of their arguments,” explains Dr. Lars König, who carried out the study as part of his PhD thesis at the Research Training Group “Trust and Communication in a Digitized World” under Prof. Regina Jucks. “More research would need to be done for a better understanding of the conditions under which the author’s profession is, in fact, important for readers,” he adds.

Over the past few years, many authors of scientific articles or of posts in health forums have started using a positive style of language in order to underline the relevance of their research or advice and, not least, to influence readers. As internet forums are not subject to any controls, they include not only scientific or medical information but also, frequently, imprecise or wrong advice. Because of the complex nature of the health issues at stake, laypeople are unable to evaluate this false information and so they have to be guided by other characteristics of the recommendations.

The findings from the experiment are especially relevant for doctors who are increasingly contacting their patients through digital communication media. Also researchers can benefit from the findings as they try increasingly to present their latest research results and conclusions in an easy-to-understand way for the general public.

“As there are indications that any evaluation of experts’ comments also depends on the issue in question, as well as on the gender of the author and of the reader, future research should focus especially on these points,” says Lars König. In future experiments, he says, the gender of the author could be varied, for example, in order to examine what impact this has on the style of language and on how the person giving the information is rated.