Features
‘I should know better’ – confessions of a retired massage therapist 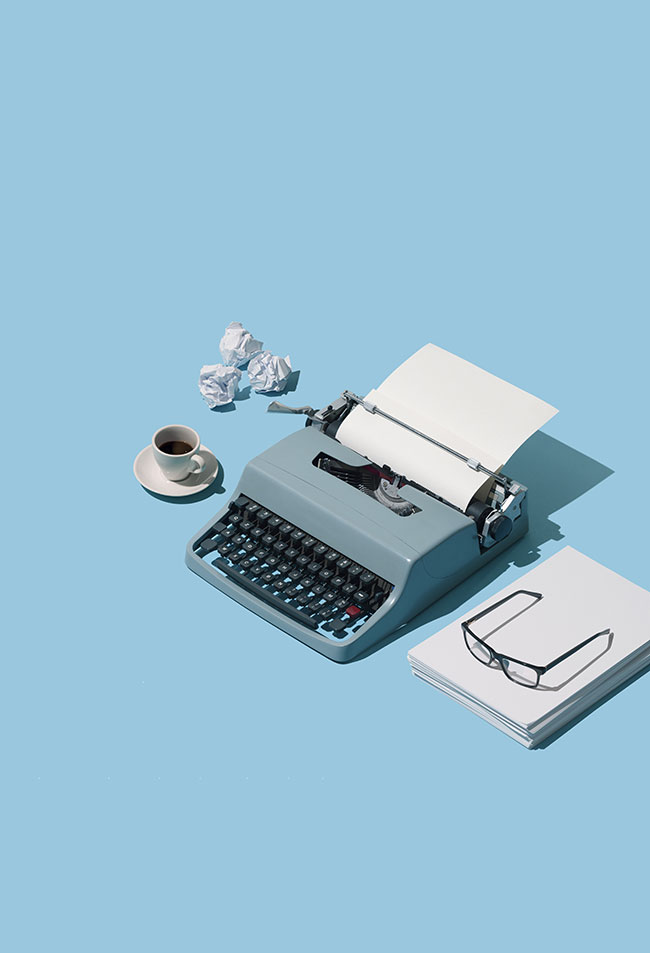 I’ve always treated birthdays like a bonus January 1st. It’s a time to reflect, restore and commit to a few resolutions. In September, I turned 46 and decided to smarten up, ergonomically-speaking. However, as I type this, I remain firmly planted on the totally unergonomic but very cool industrial bar stool that has become my desk chair at the kitchen island. I can actually feel my vertebral disc height diminish over the course of two hours.

I retired from the massage therapy industry in the summer of 2016 for a long list of reasons. I had fantasies of what retired life would resemble after 17 years. I was worn like a favourite pair of jeans – ready to split at the back with one more bend to be truthful.

Two months later, my fantasy life of leisure and self-care morphed into an unexpected career jump (and above-mentioned bar stool perch). I had just designed my ultimate lifestyle blueprint and in the next breath became a magazine editor. While I had moaned for 17 years about spending endless standing and leaning over massage tables, I found myself doing the exact opposite and moaning about that even more.

I Told You So
I should know better on so many fronts. Remedial exercise, stretching, hydrotherapy. I ate this stuff up in school and made sure my clients abided, or else. “Make sure you drink lots of water post-treatment, it will help reduce lactic acid accumulation and stiffness.” Meanwhile, I was so dehydrated myself that I may as well have just walked in from three days of being lost in the Sahara.

The perplexing part of all this is that I am hyper-focussed on tasks, deadlines and goals. I can commit to a 40-day novel writing competition and have a book written in 28 days instead. I run 5km everyday, outside, year-round. I never need encouragement or motivation or some chirpy podcast to inspire me. Drinking water though? Impossible. Eight glasses a day? Every day?

I thought I would eat more regularly and looked forward to not swallowing mouthfuls of trail mix between clients. Maybe I could start enjoying proper sandwiches on a plate with a pickle instead of granola bar bites over the course of five hours. I work from home now and the fridge is one big lean away. Somehow, I still can’t reach it.

Stretching the Truth
The truth is, despite knowing how to stretch over 600 muscles, I don’t. For my birthday I decided to go all in: I’d finally get that stability ball that had been part of my retirement fantasies. Our house has a built-in bill paying station that was going to be ideal for the ball. The bill paying station had a cowhide cube that neatly fit underneath the desk but my wife and I rarely sat on it anymore. The height of the cube unknowingly cut Kim’s circulation off after an extensive Pinterest session. When she tried standing, she nearly fell to the ground. Of course, I laughed like a hyena until I repeated the performance a week later. At least I recognized that the cowhide cube was of poor ergonomic design.

The stability ball arrived in a few days. As promised to myself, I put it into immediate action. After pumping it full, I tentatively sat on the edge of it to ensure it didn’t explode and then eased myself into the back bridge I had dreamed of. Short of hanging upside down from one of our sappy pine trees as a DIY inversion table, there was nowhere or no-how to relieve the pressure on my lumbar. I rolled back like the Cirque de Soleil performer that I knew I was. I let Kim know how awesome the ball was, I was so pleased with my proactive decision. And then I sat up and felt my thoracic seize. I couldn’t breathe, twist or fart, really. I went from loving my new ball to hating the thing more than The Masked Singer.

Instability Balls
Update: After three weeks of feeling very sorry for myself and finally being realigned, I returned to the ball (with slight resentment). I thought a better approach would be to try it as a chair as I’d suggested clients do a thousand times before. “The ball will engage your core! Your balance will improve and it will relieve pressure on your spine!”

Instead of getting up and moving about every 15 to 20 minutes as I had also recommended, I sat stock-still as though I were in a duck blind. I get obsessive in my editing and often refuse to budge until I’m finished, ignoring hunger and thirst until I get the shakes and cold sweats. This is exactly what unfolded and when I tried to unfold after three hours on the ball, I felt my sacroiliac joint make an awful and audible shift.

In the span of a month, I went from a cranky thoracic to a neck that wouldn’t rotate. My hip flexors felt like beef jerky. My hamstrings were tighter than Princess Leia’s buns. I made our bed so cautiously in the morning, one would think I was dodging invisible LEGO pieces. I abandoned my barstool for a week and sat at the kitchen table, enjoying the cushiness of our tufted chairs. And I put that damn stability ball that gave me nothing but instability, in the closet.

Rubbed the Wrong Way
I have been desperate for a full body massage since 2015. Prior to my “dehumidifier episode,” I was the best ambassador for massage therapy. I went for weekly reflexology in Chinatown. I had Shiatsu treatments and gave my body over to a MT who was studying Rolfing. I wanted anything and everything done to my body. I wasn’t drinking water or stretching then, but I was really good at all the other stuff. Anma treatments, chiro adjustments, Thai sessions, Chinese cupping. I sat in saunas and hot tubs, and I slept for 10 hours.

The boring and condensed version of the dehumidifier story: I was trying to hurriedly empty the 10-litre bucket from the dehumidifier in the basement of our old stone house. In one swift (or not-so-swift) move, I locked up my facet joints. I couldn’t upright myself for months. I looked like one of those wooden articulated figures that artists use for anatomical drawings except I was bent in a very unnatural way. Like Barbie’s knees, except it was my back.

Since this incident, I have been completely terrified to have a massage again. I feel like I am being held together by muscle guarding alone. I’ve trigged this same injury at least seven times since and have to be mindful of everything from putting my socks on to petting a dog. I know I can fall apart, just like that. My muscle memory reminds me constantly.

Creatures of Habit
All of this has taught me more than all the years I was in the field. I have become that client that can’t be convinced. The doubtful client who has holding patterns and habits that are frustrating to undo. It’s much easier on the other side of the massage table, spouting off self-care ideas like mediation apps and physio tape. Drink more water. Stretch.

My story is not singular – every massage therapist could confess a similar one. In the end, we are all hesitant, reluctant but hopeful. This new year might be my year of hydration and stretching…and a massage. It is the Chinese Year of the Ox though, and I’m as stubborn as one!

Jules Torti is the editor-in-chief of Harrowsmith magazine and author of Free to a Good Home: With Room for Improvement. In fall 2021, her second memoir, Trail Mix: 920km on the Camino de Santiago, will be published by Rocky Mountain Books.