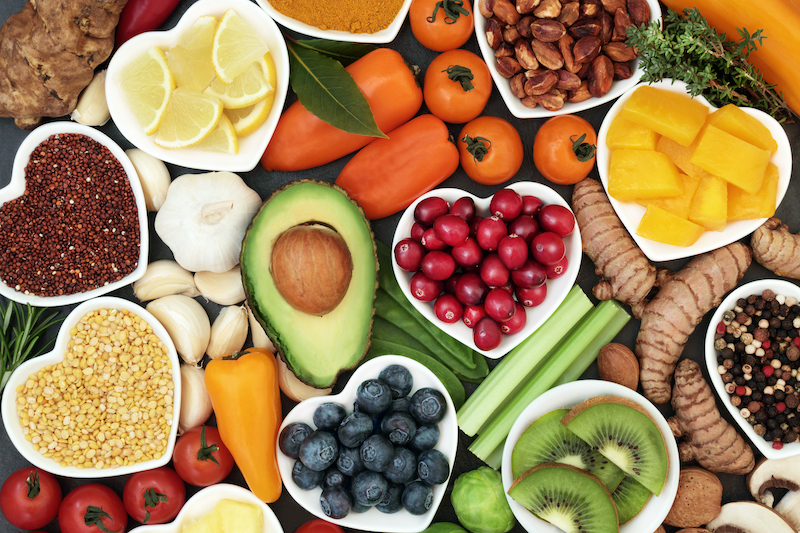 Although the researchers say that finding participants willing to undertake restrictive diets for the three-month study — or partners willing to help them stick to those diets — was challenging, those who adhered to a modified Atkins diet (very low carbohydrates and extra fat) had small but measurable improvements on standardized tests of memory compared with those on a low-fat diet.

The short-term results, published in the April issue of the Journal of Alzheimer’s Disease, are far from proof that the modified Atkins diet has the potential to stave off progression from mild cognitive impairment to Alzheimer’s disease or other dementias. However, they are promising enough, the researchers say, to warrant larger, longer-term studies of dietary impact on brain function.

“Our early findings suggest that perhaps we don’t need to cut carbs as strictly as we initially tried. We may eventually see the same beneficial effects by adding a ketone supplement that would make the diet easier to follow,” says Jason Brandt, Ph.D., professor of psychiatry and behavioral sciences and neurology at the Johns Hopkins University School of Medicine. “Most of all, if we can confirm these preliminary findings, using dietary changes to mitigate cognitive loss in early-stage dementia would be a real game-changer. It’s something that 400-plus experimental drugs haven’t been able to do in clinical trials.”

Brandt explains that, typically, the brain uses the sugar glucose — a product of carbohydrate breakdown — as a primary fuel. However, research has shown that in the early stage of Alzheimer’s disease the brain isn’t able to efficiently use glucose as an energy source. Some experts, he says, even refer to Alzheimer’s as “type 3 diabetes.”

Using brain scans that show energy use, researchers have also found that ketones — chemicals formed during the breakdown of dietary fat — can be used as an alternative energy source in the brains of healthy people and those with mild cognitive impairment. For example, when a person is on a ketogenic diet, consisting of lots of fat and very few sugars and starches, the brain and body use ketones as an energy source instead of carbs.

For the current study, the researchers wanted to see if people with mild cognitive impairment, often an indicator of developing Alzheimer’s disease, would benefit from a diet that forced the brain to use ketones instead of carbohydrates for fuel.

After 2 1/2 years of recruitment efforts, the researchers were able to enroll 27 people in the 12-week diet study. There were a few dropouts, and so far, 14 participants have completed the study. The participants were an average age of 71. Half were women, and all but one were white.

To enroll, each participant required a study partner (typically a spouse) who was responsible for ensuring that the participant followed one of two diets for the full 12 weeks. Nine participants followed a modified Atkins diet meant to restrict carbs to 20 grams per day or less, with no restriction on calories. The typical American consumes between 200 and 300 grams of carbs a day. The other five participants followed a National Institute of Aging diet, similar to the Mediterranean diet, that doesn’t restrict carbohydrates, but favors fruits, vegetables, low- or fat-free dairy, whole grains and lean proteins such as seafood or chicken.

Each participant also gave urine samples at the start of the dietary regimens and every three weeks up to the end of the study, which were used to track ketone levels. More than half of the participants on the modified Atkins diet had at least some ketones in their urine by six weeks into the diet until the end; as expected, none of the participants on the National Institute of Aging control diet had any detectable ketones.

Participants completed the Montreal Cognitive Assessment, the Mini-Mental State Examination and the Clinical Dementia Rating Scale at the start of the study. They were tested with a brief collection of neuropsychological memory tests before starting their diets and at six weeks and 12 weeks on the diet. At the six-week mark, the researchers found a significant improvement on memory tests, which coincided with the highest levels of ketones and lowest carb intakes.

When comparing the results of tests of delayed recall — the ability to recollect something they were told or shown a few minutes earlier — those who stuck to the modified Atkins diet improved by a couple of points on average (about 15% of the total score), whereas those who didn’t follow the diet on average dropped a couple of points.

The researchers say the biggest hurdle for researchers was finding people willing to make drastic changes to their eating habits and partners willing to enforce the diets. The increase in carbohydrate intake later in the study period, they said, suggests that the diet becomes unpalatable over long periods.

“Many people would rather take a pill that causes them all kinds of nasty side effects than change their diet,” says Brandt. “Older people often say that eating the foods they love is one of the few pleasures they still enjoy in life, and they aren’t willing to give that up.”

But, because Brandt’s team observed promising results even in those lax with the diet, they believe that a milder version of the high-fat/low-carb diet, perhaps in conjunction with ketone supplement drinks, is worth further study. As this study also depended on caregivers/partners to do most of the work preparing and implementing the diet, the group also wants to see if participants with less severe mild cognitive impairment can make their own dietary choices and be more apt to stick to a ketogenic diet.

A standardized modified Atkins diet was created and tested at Johns Hopkins Medicine in 2002, initially to treat some seizure disorders. It’s still used very successfully for this purpose.

According to the Alzheimer’s Association, about 5.8 million Americans have Alzheimer’s disease, and by 2050 the number is projected to increase to 14 million people.