In a small-scale study of women with previously diagnosed mood disorders, Johns Hopkins researchers report that lower levels of the hormone allopregnanolone in the second trimester of pregnancy were associated with an increased chance of developing postpartum depression in women already known to be at risk for the disorder. 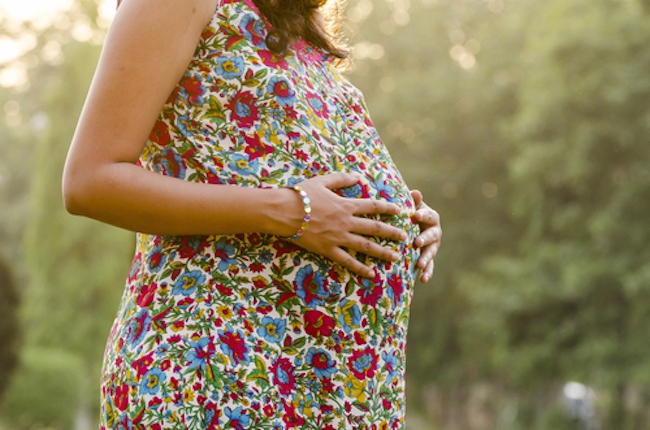 In a report on the study, published online on March 7 in Psychoneuroendocrinology, the researchers say the findings could lead to diagnostic markers and preventive strategies for the condition, which affects an estimated 15 to 20 per cent of American women who give birth.

The researchers caution that theirs was an observational study in women already diagnosed with a mood disorder and/or taking antidepressants or mood stabilizers, and does not establish cause and effect between the progesterone metabolite and postpartum depression. But it does, they say, add to evidence that hormonal disruptions during pregnancy point to opportunities for intervention.

Postpartum depression affects early bonding between the mother and child. Untreated, it has potentially devastating and even lethal consequences for both. Infants of women with the disorder may be neglected and have trouble eating, sleeping and developing normally, and an estimated 20 per cent of postpartum maternal deaths are thought to be due to suicide, according to the U.S. National Institute of Mental Health.

“Many earlier studies haven’t shown postpartum depression to be tied to actual levels of pregnancy hormones, but rather to an individual’s vulnerability to fluctuations in these hormones, and they didn’t identify any concrete way to tell whether a woman would develop postpartum depression,” says Dr. Lauren M. Osborne, assistant director of the Johns Hopkins Women’s Mood Disorders Center and assistant professor of psychiatry and behavioral sciences at the Johns Hopkins University School of Medicine. “For our study, we looked at a high-risk population of women already diagnosed with mood disorders and asked what might be making them more susceptible.”

For the study, 60 pregnant women between the ages of 18 and 45 were recruited by investigators at study sites at The Johns Hopkins University and the University of North Carolina at Chapel Hill. About 70 per cent were white and 21.5 per cent were African-American. All women had been previously diagnosed with a mood disorder, such as major depression or bipolar disorder. Almost a third had been previously hospitalized due to complications from their mood disorder, and 73 per cent had more than one mental illness.

During the second trimester (about 20 weeks pregnant) and the third trimester (about 34 weeks pregnant), each participant took a mood test and gave 40 milliliters of blood. Forty participants participated in the second-trimester data collection, and 19 of these women, or 47.5 per cent, developed postpartum depression at one or three months postpartum. The participants were assessed and diagnosed by a clinician using criteria from the Diagnostic and Statistical Manual of Mental Disorders, version IV for a major depressive episode.

“Every woman has high levels of certain hormones, including allopregnanolone, at the end of pregnancy, so we decided to look earlier in the pregnancy to see if we could tease apart small differences in hormone levels that might more accurately predict postpartum depression later,” says Osborne. She says that many earlier studies on postpartum depression focused on a less ill population, often excluding women whose symptoms were serious enough to warrant psychiatric medication – making it difficult to detect trends in those women most at risk.

She also cautions that additional and larger studies are needed to determine whether women without mood disorders show the same patterns of allopregnanolone levels linked to postpartum depression risk.

If those future studies confirm a similar impact, Osborne says, then tests for low levels of allopregnanolone in the second trimester could be used as a biomarker to predict those mothers who are at risk of developing postpartum depression.

Of note and seemingly contradictory, she says, many of the participants in the study developed postpartum depression while on antidepressants or mood stabilizers. The researchers say that the medication dosages weren’t prescribed by the study group and were monitored by the participant’s primary care physician, psychiatrist or obstetrician instead.

“We believe that many, if not most, women who become pregnant are undertreated for their depression because many physicians believe that smaller doses of antidepressants are safer for the baby, but we don’t have any evidence that this is true,” says Osborne. “If the medication dose is too low and the mother relapses into depression during pregnancy or the postpartum period, then the baby will be exposed to both the drugs and the mother’s illness.”

Osborne and her team are currently analyzing the medication doses used by women in this study to determine whether those given adequate doses of antidepressants were less likely to develop symptoms in pregnancy or in postpartum.

Only 15 per cent of women with postpartum depression are estimated to ever receive professional treatment, according to the U.S. Centers for Disease Control and Prevention. Many physicians don’t screen for it, and there is a stigma for mothers. A mother who asks for help may be seen as incapable of handling her situation as a mother, or may be criticized by friends or family for taking a medication during or shortly after pregnancy.