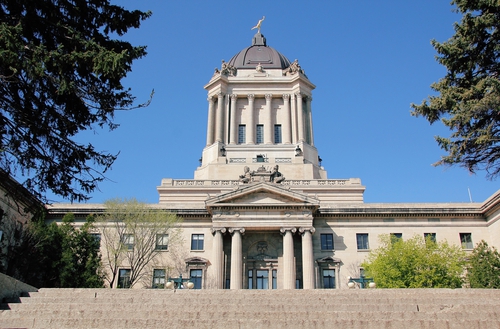 The report comes more than three years after the Massage Therapy Association of Manitoba (MTAM) officially applied for self-regulation under the province’s Regulated Health Professions Act in 2012.

Blady instructed the MTAM to work with the Natural Health Practitioners of Canada (NHPC) – another massage therapy association in Manitoba – to address some of the key issues that will support self-regulation. Some of these issues include:

• developing an educational standard for applicants and members
• determining if a single standard education should be implemented for the profession or whether there should be different levels of competency
• determining credentials and prior learning assessments that may be needed for membership
• considering the development of a bridging program for applicants whose knowledge and skills are assessed as not equivalent to Manitoba educational standards
• conducting a review of the anticipated costs and expenses and determining fee structure.

Representatives from the MTAM and NHPC are expected to meet as early as next week to form a review committee to explore and resolve the key issues outlined by the minister, according to Molloy.

In a statement, the NHPC welcomed the development.

“We join in celebration with our colleagues at the MTAM,” said Kelly Sloan, NHPC executive director.

The MTAM and NHPC together represent 1,325 massage therapists in Manitoba.

Both associations will also be working with the government to determine timelines for the development of the new regulatory college, according to Molloy.

It may be years, however, before actual regulation for massage therapy is finally realized in Manitoba and it has more to do with the province’s relatively new RHPA, a law that passed more than five years ago which aims to govern all of the province’s 22 health-care professions. A number of health-care professionals in the province are currently still transitioning to the RHPA. Massage therapists, for now, will have to get in line with the rest of the health professions.

“It’s a little more than just establishing the college because right now the thing that complicates this is that with the new Health Act the government is working through a list of a number of other health-care professions, so that may end up taking us a little more time,” Molloy explained.

The RHPA replaced 21 statutes dealing with the regulation of 22 different health professions in Manitoba, bringing them all under one piece of legislation. The legislation requires all regulatory bodies to establish standards of practice, codes of ethics and continuing competency requirements as regulations under the act.

Garry Melnyk, a massage therapist and past-president of the MTAM, expressed disappointment that the health minister, while accepting the Health Professions Advisory Council’s recommendation, had confused the process by not following the provisions of the Regulated Health Profession’s Act (RHPA). According to the act, once the minister determines that a health profession be regulated, the minister should recommend to the Lieutenant Governor that such health profession be designated as a regulated health profession. Instead, Blady had instructed the MTAM and NHPC to work together to address the key issues outlined above.

“The MTAM then went further to indicate it would now cooperate in the so-called ‘next step’ with the Alberta-based NHPC who aggressively opposes regulation,” Melynyk said in a statement.

“The problem with all of these last-minute diversions are that the applicant (the MTAM) and specifically the Alberta-based NHPC, who also does not support the national competencies for the profession, appear to have now become mandated criteria to establish the new regulatory college. This is very misleading to RMTs who understand clearly the positions of the various parties to the application,” added Melnyk, who is now president of the recently established Remedial Massage Therapists Society of Manitoba (RMTSMB), an organization actively advocating for regulation of massage therapists in the province.

The society’s new executive director, George Fraser, urged the health minister to reconsider her actions regarding the HPAC recommendations

“The minister has to re-read the act – get some better advice and proceed correctly based upon the act,” Fraser said in a statement. “The proposed flawed collaboration is a waste of valuable time and will end poorly for the profession and the minister. At minimum, it will add lengthy delays to the process and the required establishment of the ‘transitional council’ will be months and months away. If not revisted, all the effort of application and review has been thrown out the window – it could have tragic results for the profession Canada wide.”

In an interview with Massage Therapy Canada, NHPC’s execitive director Kelly Sloan allayed concerns the association is against regulation, noting the majority of the 350 NHPC massage therapist members in Manitoba are in support of professional regulation.

“I am very confident, given the constructive working relationship that the NHPC and the MTAM have, I have absolute confidence that we are going to be able to work through the details of how regulation should look in Manitoba and that we will be able to do that very quickly,” Sloan said.