A new study comparing the health outcomes of more than 300,000 Medicare patients who completed rehabilitation therapy after hospitalization for hip fractures found that more care may not translate to better long-term health. 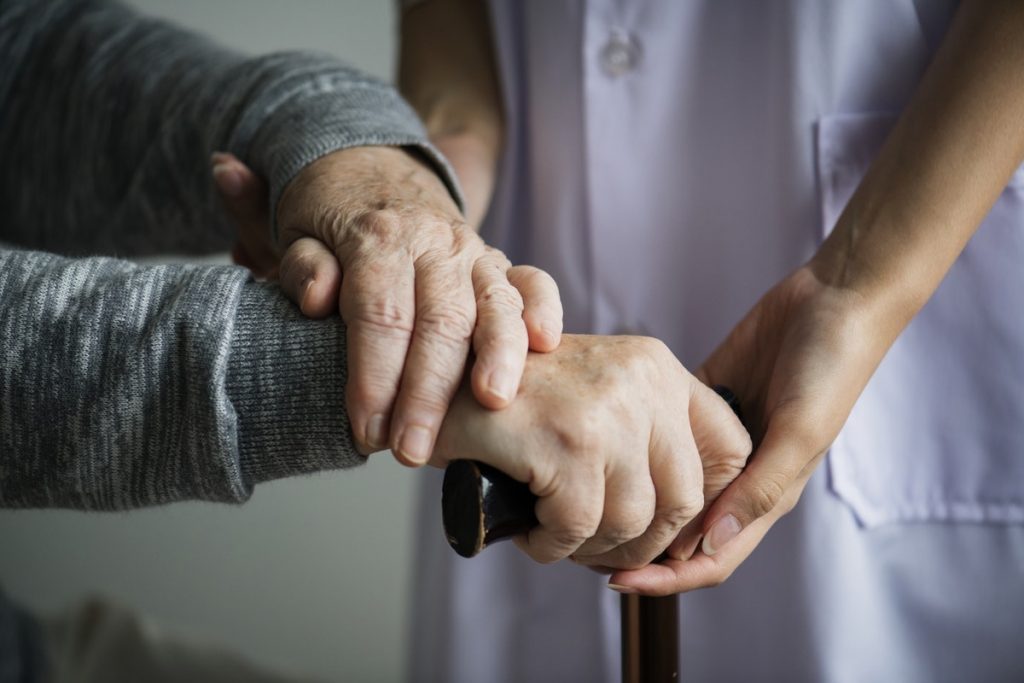 Researchers hypothesized that those who had received more care would fare better after their release. In reality, the opposite happened. Despite significantly fewer days of care, patients covered under Medicare Advantage saw slightly better health outcomes after release.

The study emerges as an increasing number of elderly Americans are opting for the newer Medicare Advantage plan, which offers coverage through private insurance companies that have been vetted by Medicare. The traditional fee-for-service plan, sometimes called Original Medicare, allows enrollees to choose any physician they want, and Medicare is billed on a per-treatment basis. Medicare Advantage enrollees, on the other hand, must choose doctors from within a restricted network, and insurance companies send health providers fixed reimbursement amounts to cover their members’ care.

“The results suggest that for hip fracture patients who are otherwise healthy, longer lengths of stay in skilled nursing facilities may not translate to better outcomes,” said Vincent Mor, a professor of health services, policy and practice at Brown and the study’s senior author. “We don’t know whether 15 days, 20 days or 25 days of care in a skilled nursing facility is optimal — but we do know that Medicare fee-for-service patients are getting more therapy for more days, and there’s no difference in benefit.”

The study’s findings indicate that patients who are covered under the traditional Medicare fee-for-service plan may receive inefficient treatment. According to Mor and Amit Kumar, the study’s lead author and a postdoctoral fellow in health service research at Brown, the data suggest that it may be possible for nursing homes to order shorter courses of rehabilitation without compromising health — which would save time for patients and money for Medicare.

“The study conveys a simple message to Medicare to reduce unnecessarily long lengths of stay in skilled nursing facilities,” Kumar said. “Longer lengths of stay cost more but do not yield better health.”

To arrive at their results, Mor, Kumar and colleagues gathered data from more than 200,000 traditional Medicare patients and more than 75,000 Medicare Advantage patients who were hospitalized for hip fractures and then transferred to nursing homes between 2011 and 2015. The researchers measured each patient’s length of stay in days and in total minutes of rehabilitation therapy. Then, they followed patients after release to monitor whether they’d been successfully discharged within 100 days of admission to the nursing home, whether they’d been re-hospitalized within 30 days or whether anyone had died within a month of release.

“There is reasonably good evidence to suggest that for every full day fee-for-service patients spend in the hospital, Medicare Advantage patients undergoing the same treatment spend a little bit less than a day in the hospital and have similar or better outcomes,” Mor said.

He noted that record numbers of Americans are opting for the newer Medicare Advantage plans over Original Medicare. In decades past, those who used Medicare Advantage made up just 5 to 10 percent of all Medicare enrollees. But since the launch of the Affordable Care Act in 2010, enrollment in the newer plans has skyrocketed. Today, it’s the plan of choice for one in three Americans receiving Medicare, or nearly 20 million people.

Mor believes the increase could be due to Medicare Advantage’s relative simplicity. Under Original Medicare, patients can visit any medical professional they choose — but with frequent visits, copayments can add up quickly, and the paperwork piles up fast. Those enrolled in Medicare Advantage must choose from providers within a restricted network — but the plans tend to be more affordable and less confusing to navigate.

Mor said Medicare is also pushing for a “bundled” approach to payment for care services. Bundling would allow Medicare to cover the entire cost of a patient’s single illness or course of treatment in a single payment to providers, regardless of that patient’s plan.

“Say a patient enters a hospital with a hip fracture, and that hospital receives a bundled, fixed payment amount for 90 days of treatment,” Mor said. “If they’re able to save some money from that pool by reducing treatment time, they get to share that savings. They get to keep that money.”

Mor said the study’s scope is too limited to conclude anything definitive about the effects of Medicare plans on the overall health-care landscape. He said that among other research possibilities, he’d like to see studies comparing the amounts of time Medicare patients on different plans spend in stroke or cardiac recovery, where rehabilitation takes much longer and can be far more complicated.

Still, he believes the study is an important step toward understanding the implications of the newer Medicare Advantage plan’s growing popularity with seniors. And if it helps save time and money for everyone involved, so much the better.

“Most people don’t want to be in a nursing home longer than they have to be,” Mor said.