Jacqueline Simoneau no longer chooses between vegetables or a massage in the run up to Rio.

The 19-year-old synchronized swimmer from Saint-Laurent, Que., is among 50 athletes who recently cashed a $10,000 personal check and can look forward to four more of them. 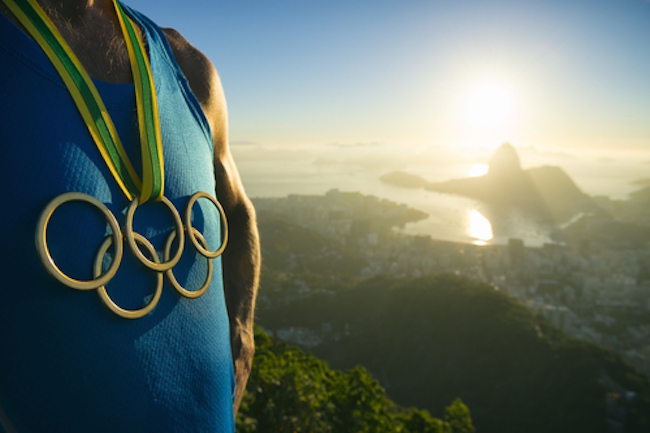 Simoneau, who will compete with duet partner Karine Thomas at the Summer Games in August, was selected from over 500 applicants for bursaries supplied jointly by the Canadian Olympic Foundation and the HBC Foundation.

“My body is really my tool for my sport and I need to take care of it,” Simoneau said last week from Toronto where the bursary program was announced.

“Ideally, my coach wants me to have a massage three times a week. Before, I was barely able to afford once a week. I’d have to save money for something, for vegetables or something like that.”

“Vegetables are expensive, especially a head of cauliflower was like eight bucks at one time,” she added. “Eating healthy is expensive.

“Since I’ve gotten the bursary, I don’t have to worry about it too much. I can take care of my body and prevent injuries from happening.”

Athletes in both summer and winter sports were selected to receive cheques annually from 2016 until the 2020 Summer Games in Tokyo for a total of $2.5 million.

Rugby player Magali Harvey of Quebec City says the money is the difference between buying a mass-produced mouth guard at a sporting goods store for $30 versus a custom-made mouth guard that costs between $200 and $300.

She says the latter allows her to breath more efficiently on the pitch.

“So when you are out of breath you get the extra air that otherwise you wouldn’t with a different moulding,” Harvey explained.

“It’s the difference between getting a new pair of cleats that will be between $100 and $200 and the high-quality synthetic that’s about $300 to $400 that lasts longer and is better for long-term on the field.”

The athletes were chosen by a “committee of various stakeholders that reviewed all of the applications,” according to Canadian Olympic Foundation executive director Leanne Nicolle.

“If we had an infinite pot of money they would all get it. We wanted to take emerging athletes, or emerging potential medalists, and we wanted to do some next generation and current generation, so we had a framework that we did to make sure a lot of the athlete populations were represented.”

Athletes’ personal stories were also a factor in determining successful applications, she said.

“If they’re going to drop out because they and their families can’t afford to keep them in sport, which is a massive barrier in high-performance sport as you can well imagine, then we wanted to make sure as many of these athletes we can keep in the system,” Nicolle added.

The program’s objective is to keep 50 athletes on the bursary roster annually, she said. Retirements of current recipients after Rio or Pyeonchang, South Korea, in 2018, will make room for new applicants.

HBC, the Hudson’s Bay Company, has raised over $40 million for Canadian athletes since 2005 through initiatives such as the red mitten campaign.