Ontarians who want to improve their health and personal finance skills can get points from popular consumer rewards programs for their efforts, paid for in part by the provincial government. 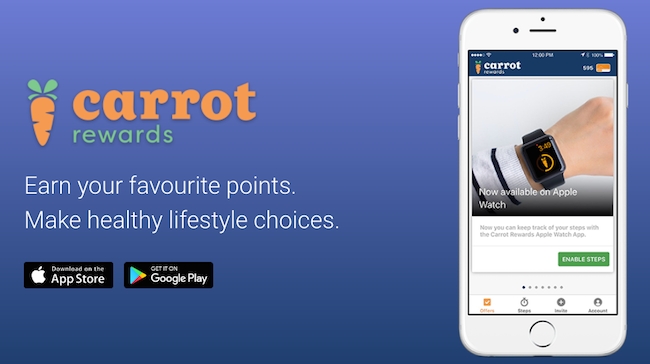 Ontario government officials have announced the province is spending $1.5 million on the Carrot Rewards smartphone app, which allows users to get reward points from programs including Aeroplan and Petro-Points for completing tasks such as walking a certain number of steps or taking quizzes on healthy living and personal finance.

The app gives users advice on topics such as eating seasonal fruits and vegetables and following a budget.

Eleanor McMahon, Ontario’s minister of sport, says the government’s investment in the app is about giving people an incentive to make good choices and showing that leading a healthier life can be fun.

Toronto-based company Carrot Insights developed the app in 2015 with funding from the federal government and British Columbia.

It became available to Ontarians in February and the company says it has about 200,000 active users in the province today.