In 1919, The Ontario Board of Regents first regulated the practice of massage. At that time, leaders in the massage profession organized efforts to petition the government to raise the level of protective legislation.

In 1919, The Ontario Board of Regents first regulated the practice of massage. At that time, leaders in the massage profession organized efforts to petition the government to raise the level of protective legislation.1

The Ontario Government expanded the professional recognition of massage therapy in 1935 through enactment of a specified set of regulations for the practice of masseurs under the Drugless Practitioners Act.2

After 72 years of regulation under the Drugless Practitioners Act, the Regulated Health Professions Act, 1991 was passed in Ontario and the College of Massage Therapists of Ontario was established to govern the profession replacing the Board of Directors of Masseurs. Subsequently, the Regulated Health Profession Act was proclaimed in 1994 and the Drugless Practitioners Act revoked.

The developments in training did not remain static. Instructors developed the course of study for massage professionals in response to advancements in clinical and medical trends. This development reached a significant transition when in 1987; the Board of Directors of Masseurs of Ontario accomplished legislative change requiring two years of formal training for registration.

The next advancement in training requirements resulted in the 1993 Ontario Massage Therapy Core Curriculum Document, a curriculum utilized by both Ontario and British Columbia. In 1996, the first three-year massage therapy program was initiated at an Ontario Community College. Recently, the Council of the College of Massage Therapists of Ontario adopted the Massage Therapy Competency Standards in September, 2002 with a focus on a model of outcome-based learning in the massage therapy curriculum.

In 2001, Ontario and British Columbia regulators responded to the requirement to create a Mutual Recognition Agreement under the Agreement on Internal Trade and formalized the agreement regarding competencies and provincially specific regulatory differences when accepting candidates seeking entrance to practice in either jurisdiction. 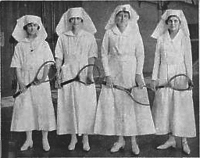 Massage therapy legislation was enacted in the province of Newfoundland and Labrador in 2002. In 2003, the Newfoundland and Labrador Massage Therapists Board became the third signatory to the Mutual Recognition Agreement. Ontario has remained an influential leader and model in the area of massage therapy regulation during the development and expansion of regulatory colleges throughout Canada. The sharing of ideas that has assisted in the growth of the profession in Canada is reflected in various co-operative agreements. The tradition of sharing components of regulatory information has assisted in the foundation of consistency in training and evaluation of massage therapy practice.

The Massage Therapy Profession In Canada
The massage therapy profession in Canada has proven its vitality as members of the health care delivery team since 1919. Recent evidence-based programs of care developed by the Workplace Safety and Insurance Board in 2002-2004 have included massage therapy in treatment plans for injured workers. Third party private insurance carriers have provided benefits for massage treatment by registered therapists since the early 1980s.

The British Columbia, Newfoundland and Labrador and Ontario Massage Therapy Acts define practice under a regulatory mandate. Entrance to practice is based on the results of a psychometrically defensible examination process that includes paper or electronic delivery of multiple choice entrance examinations and Objectively Scored Clinical Evaluation (OSCE) examinations.

Regulation of massage therapy is committed to the protection of the public through the Colleges’ programs of registration, client relations, quality assurance, complaints, discipline and fitness to practice.3

Since 1919, the massage profession in Canada has flourished and emerged as a leader in the standards of practice, education, examination, regulation and delivery of massage therapy care.

Emily Cowall Farrell, MT, DHMSA, is a Medical Historian and research fellow with the Institute for the History and Philosophy of Science and Technology at the University of Toronto and has been registered as a massage therapist in Ontario since 1980. This overview is a summary from current research on the Development of Massage Therapy in Ontario.