OTTAWA – It seems some federal workers don't want to be caught sitting down on the job. 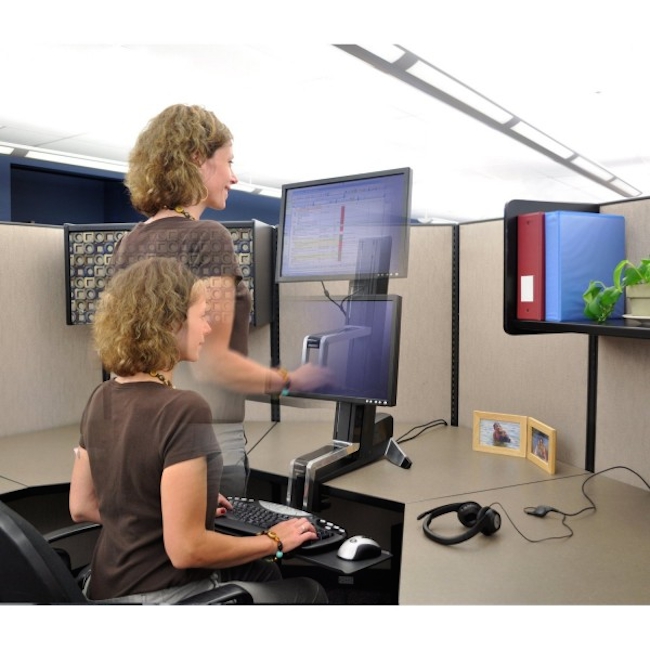 A pilot project in one government department has found that public servants really like their sit-stand desks – so much so, some reported anxiety about being moved to a new position or assignment that would make them give up the chance to spend some or all of the day on their feet.

The pilot project last year installed 34 sit-stand desks for staff in the labour program at Employment and Social Development Canada, just to see if it made the work day easier and boosted productivity.

About 70 per cent said the standing desks boosted their productivity at work, and 85 per cent said they had more energy because they could stand for any length of time. The final report into the initiative also said that participants found the chance to stand at their desks improved their posture, reduced lower back pain, alleviated cramps, bloating and discomfort associated from wearing tight clothes.

The document also said workers, usually females, had to make some “fashion sacrifices” to manage in the new setup. That meant more pants being worn at work, and exchanged high heels for flat shoes.

But there were drawbacks.

The officials overseeing the pilot project came up with two other issues: the existing layout of workstations was rigid, making it difficult to change the kinds of desks being used, and the speed with which workers changed jobs or roles would quickly lead to logistical issues.

The Canadian Press obtained a copy of the final report on the project under the Access to Information Act.

Departments have the ability to assign a standing desk to anyone who asks, but newly crafted federal office standards don’t explain how departments and agencies are to make that call. The standards, known as Workplace 2.0, focus on the size and requirements of cubicles and desks, said Pierre-Alain Bujold, a spokesman for Public Services and Procurement Canada, which is in charge of purchasing desks.

Bujold said the department hasn’t done any government-wide research on the use of standing desks.

A variety of recent research suggests sitting too much at work could increase the risk of heart disease and obesity.

A review of 20 studies on the effects of sit-stand desks, published in March in the Cochrane Database of Systematic Reviews, found they “did not have a considerable effect on work performance,” or the health of workers.