A coalition of Ontario student groups, colleges and universities wants the province to significantly boost services for young people struggling with mental health issues as they pursue post-secondary education, with what's being described as a collaborative "whole community" approach. 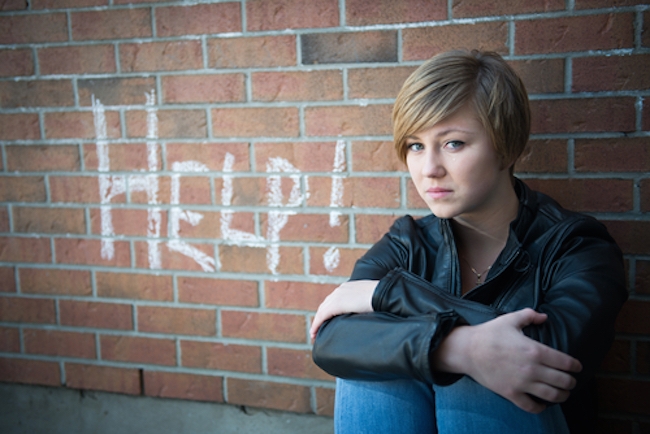 The group is also calling for a mandatory curriculum that would teach children and teens psychological resiliency, starting in kindergarten and continuing through high school.

In a report entitled “In It Together: Taking Action on Student Mental Health,” four organizations representing Ontario’s 45 colleges and universities and more than 220,000 students say providing mental health support is one of the most pressing challenges on campuses today.

But the report by the College Student Alliance, the Ontario Undergraduate Student Alliance (OUSA), Colleges Ontario and the Council of Ontario Universities says it’s a challenge that post-secondary institutions can’t meet on their own.

“We’re not – and can’t be, I don’t think – primary care providers, but we’re seeing students who clearly have those kinds of needs and we really think that needs to be addressed with the whole mental health community,” said Linda Franklin, president and CEO of Colleges Ontario, which represents 24 public institutions across the province.

Both colleges and universities do provide mental health services for students, said Franklin, but increasing demand and a huge gap in government funding means post-secondary institutions can’t always meet the needs of those suffering from a range of psychological issues – from anxiety and depression to more serious illnesses such as bipolar disorder and schizophrenia.

A recent assessment by the financial advisory firm Deloitte Canada shows Ontario’s colleges are spending about $165 million more for on-campus mental health services than they receive from the province, with the bulk of that money coming from operating budgets, she said.

While Ontario’s 21 universities have not done a similar assessment, that funding gap is likely much higher as full-time enrolment is almost double that of the colleges.

“That can’t continue,” said Franklin. “So we are asking the government to come to the table, in part to say what’s the magnitude of this challenge we’re all facing together and how do we start funding it appropriately so our students know they can rely on the supports they need when they need them.

“We think there is really a need to look at what supports are out there in the community, so that colleges and universities can rely on the network of community mental health providers, so that when they recommend that a student see somebody, there’s actually somebody to see and they’re not facing a big wait time to see them.”

Other recommendations in the report include:

Updating Ontario’s Comprehensive Mental Health and Addictions Strategy to recognize post-secondary students as a distinct group, based on research showing that 75 per cent of mental health disorders first appear among those 18 to 24.

Creating close working relationships between post-secondary institutions and local health-care and community agencies to develop and implement a plan to help students with mental health concerns.

Free mental health care for students, on and off campus, through increased services not currently funded by OHIP.

Curriculum-based psychological preparation is essential, suggests the report, citing last year’s National College Health Assessment survey of college and university students, which found that 46 per cent of students said they felt so depressed, it was difficult to function; 65 per cent reported overwhelming anxiety; and 14 per cent said they had seriously considered suicide.

Such feelings are all too familiar to Ariana Chasse, a second-year fine arts student at St. Lawrence College in her hometown of Brockville, Ont., who found herself struggling with the overwhelming pressures of school, involvement in student government and family obligations.

For years, she had alternated between depression and what she thought of as mania, a psychological see-saw that fit the profile of bipolar disorder, which she believed she suffered like her mother.

“I started getting really depressed again,” Chasse, 24, said Wednesday. “I was showing up to school wearing the same outfit several days in a row.

“I started talking like I wasn’t going to be around much longer, which was really scary,” she said, acknowledging that she was likely suicidal.

But because Chasse was vice-president of the college’s student council, she felt she couldn’t seek out on-campus services, given the stigma around mental illness.

“I ended up talking mostly to peers,” including one who urged her to see her family doctor, who referred her to a community therapist.

“Now that I have been connected with somebody in the community, they have been doing a phenomenal job,” Chasse said, adding that a psychiatrist she was subsequently referred to told her she was not bipolar, but dealing with anxiety and borderline personality disorder – both of which she is addressing through weekly sessions with her therapist.

Still, she is on a waiting list for group therapy, which she says may not come through for several months to a year.

“I’d really like to see a better system put in place for peer-to-peer support because there are only so many so counsellors and they’re the Number 1 resource,” she said.

“But until you can get to them, who do you talk to in the meantime?” Chasse asked, adding that she has seen a number of her fellow students with mental health issues “fall through the cracks.”

OUSA president Andrew Clubine, a recent University of Waterloo graduate, said increasing reports of mental health issues and the difficulty for many students to access services is what prompted his organization to come together with the other three groups to seek collaborative solutions with the Ontario government and the province’s mental health system.

“We’re hoping it will kick-start a conversation that has been welling up over the last few years,” he said from Waterloo, Ont.

“How can we find the most effective and efficient ways of making sure students can receive the support they need? Answering that is going to require breaking down some of the silos we’ve created with on-campus and off-campus service provision.”