Peaceful, private, and relaxed: an ideal context for clients but a potential context for sexual harassment and assault of New Brunswick massage therapists 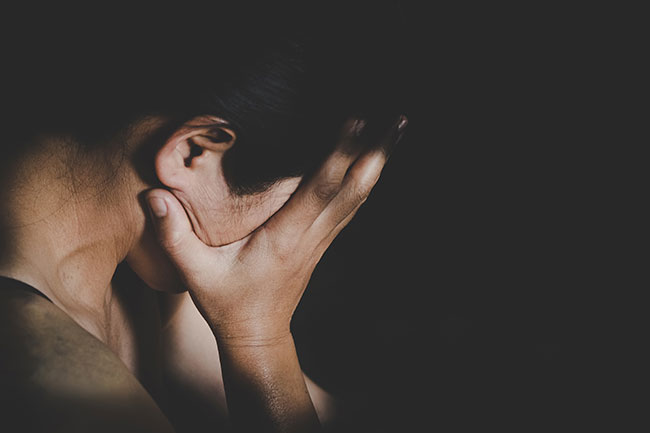 Many massage therapists are well aware that the setting in which they work is one that lends itself to be an easy target of sexual harassment or assault. Away from the eyes of others, with varying degrees of nudity, the massage context can prove difficult to navigate in a way that ensures therapist safety and respect.

The Association of New Brunswick Massage Therapists (ANBMT) recently conducted an online survey of New Brunswick massage therapists and found among those respondents of the survey that 75% had at least one experience of sexual harassment or assault, many (27%) with a few encounters.

Research with other groups has made clear that there are many forms of physical and psychological consequences of sexual harassment and assault, including anxiety, depression, and trauma. Ensuring that therapists are trained in how best to respond to unwelcome advances, inappropriate comments, removal of draping, or improper contact is one strategy to help address this problem, but some encounters are ambiguous in nature making it difficult to confront directly, or involve more severe forms of nonconsensual contact that can overwhelm or overpower the therapist. In addition, this training places the burden on therapists to be mindful, vigilant, proactive and reactive at a level that frequently interferes with the therapeutic conditions that they are working hard to facilitate.

“Experiencing physical, verbal, or sexual assault or harassment as an RMT in any context is unacceptable. Every New Brunswicker should be able to work without constantly fearing for their personal safety,” said Stephanie Mead, a practicing RMT and a member of the Assault Prevention and Education Committee of the ANBMT.

Verbal incidents were far more common than were physical forms, although over one-third of the incidents reported involved both. The sexually harassing behaviour or comments and the sexually assaultive behaviours reported typically occurred during the treatment itself.

Male clients accounted for over 91% of those who committed harassment or assault, although these clients crossed the entire age range from young to old. Male clients were not exempt from experiences of problematic behaviour from their clients.

What should you do if this happens to you? Most therapists (79%) told somebody about the incident, usually the owner of the clinic or a colleague; with one therapist reporting the incident to the police. Most (65%) did discharge the client, but of those who did not, they cited a wide range of reasons for fears associated with their response, including fear of repercussions in some form, such as loss of income, employment or retaliation.

The literature makes very clear that rates of sexually coercive behaviours, of which harassment and assault are a part, have not shifted notably despite decades of prevention efforts. To be fair, most of these efforts have focused on the targets (typically women) of sexual coercion rather than the perpetrators (typically men). There is a growing awareness of the need to address the perpetrators themselves, making them aware that they are facing increased scrutiny for problematic behaviours and will face repercussions for engaging in these crimes.

How can the massage therapist context change in ways that make clear that sexual harassment and assault will not be tolerated and those who engage in these behaviours will face severe repercussions, including contact with the police?

The safety and well-being of New Brunswick massage therapists must be paramount. Clients entering the massage therapy context must be made fully aware of prohibited behaviours, including verbal behaviours, and that these behaviours constitute sexual harassment and will be addressed accordingly. In short, there may need to be an educative component.

However, it is very likely that many of those who sexually harass or assault their therapist are well aware that their behaviours are inappropriate, unwelcome, or coercive. Training may need to go above and beyond and ensure that there is a supportive context for addressing these behaviours, in particular, that therapists are encouraged to end a session immediately and reporting it to the authorities.