I first became involved in activities related to Alberta’s massage therapy regulation in late 2002 when I was president of the Massage Therapist Association of Alberta (MTAA). Since then, I have been committed to seeing massage therapy become a regulated health profession in the province. I’m not the only one – many people have dedicated efforts and mountains of volunteer hours over multiple decades, and yet the work continues. 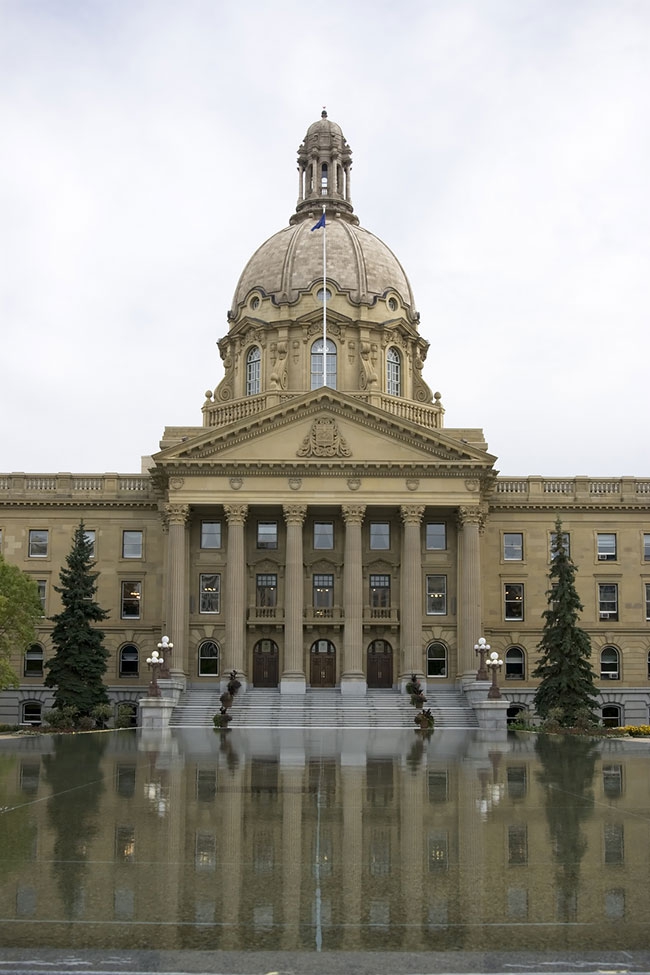 In 2009, recommendations from the Health and Wellness Ministry described how massage therapy regulation should proceed in Alberta, emphasizing that this occur in accordance with current national standards. We are currently at the end of 2016 – and moving into the new year – and despite these recommendations, MT is still not a regulated health profession here in Alberta.

This compelled me to explore the challenge of “what leadership strategies are required to advance regulation of the MT profession in Alberta?” I embarked on this research to fulfill requirements for a Master of Arts in Leadership – Health. The Alberta Support Council for Massage Therapy (ASCMT) generously sponsored this inquiry, recognizing that it was unacceptable to merely speculate about why progress toward establishing a regulatory college had been slow. The ASCMT developed its bylaws with inclusivity in mind, to allow for broad extra-provincial membership for those who believe massage therapy in Alberta should be regulated consistent with the existing national standards.

The study launched soon after the ASCMT’s incorporation in April 2016. As the investigation proceeded, five main findings emerged from the data analysis completed in May – June 2016:

A few months after I launched my research, the MTAA, the Natural Health Practitioners of Canada, and the Remedial Massage Therapists Association – calling themselves the “coalition” – notified their members that after a couple of years of working together, an updated application to regulate was submitted to the Alberta health ministry. Given that historically, there has not been enough common ground among these three groups to collaborate successfully, this is quite an accomplishment.

Meanwhile, the research findings suggested that inclusive consultation and collaboration are essential as regulation proceeds. However only three of the four active massage therapy associations in Alberta contributed to the recently updated application to regulate. Furthermore, as of this writing, no one beyond the members of the coalition associations has been provided the opportunity to review the updated application.

While trying to explain this development during the course of my project, I explored the literature describing behaviour change while under observation. I discovered several authors have recognized a common understanding of the Hawthorne effect to mean that merely being under observation results in an increase in compliant behaviour (Chiesa & Hobbs, 2008; Hyde, 2007; McCambridge et al., 2014; Wickström & Bendix, 2000). One could argue that the establishment of the ASCMT and launch of this research project to explore causes for the stagnancy of the regulatory process in Alberta represented an increased demand for accountability of the associations to that end. With the standing recommendations awaiting action since 2009, the coalition would be very aware that progress is expected by both the government and the larger national massage therapy community. The literature identified one reason for change in behaviour relates to conformity and social desirability, which is consistent with the recent actions taken by the coalition (McCambridge et al., 2014).

The literature also provides a possible explanation for this new collaborative success of the coalition. Despite having historically inconsistent ideals about the nature of the profession, that prior experience did not appear to hamper recent activity on regulation. This leads me to believe that what could be at hand is increasing emphasis on the similarities among the associations involved in the coalition. Commonalities in organizational vision and values, reputation, goals, common interests, and priorities help organizations develop empathy for one another in fostering collaborative relationships (Atouba, 2016; Linden, 2003; Tsasis, 2009). Differences among the associations’ membership eligibility requirements have gradually decreased in recent years. The MTAA’s elimination of its entry to practice examination as part of membership requirements, for instance, is evidence of this. Participants also noted this during my investigation.

News from the coalition describing recent action taken toward pursing regulation was most welcome. However, this change in landscape demanded a course correction to ensure that the research conclusions and recommendations would best inform what leadership strategies would be required to advance the regulation of massage therapy in Alberta within the context of these recent developments. These conclusions include:

Ongoing obscurity in the definition of massage therapy perpetuates a fallacy of circular reasoning. That is, in the absence of an absolute agency (regulatory college) defining a professional practice statement, there is no means of establishing who might be part of the profession. Who then can speak on behalf of the ‘profession’ if there is no one authority in Alberta to attest to what a massage therapist is?

To the last point, it has been identified that when things appear to be going smoothly, leaders often become complacent (Snowden & Boone, 2007, p. 70). The ASCMT undertook this project concerned there may be complacency among the massage therapy associations in Alberta responsible for delivering on the 2009 recommendations to regulate the profession. Data indicated an appetite for regulation, and that it should occur consistent with the existing national standards for the profession. With the recognition that market share protection is an obstacle to regulation, the data imply that leaders of massage therapy associations in Alberta might have been happy with the status quo.

The organizational action research methodology allows for diversity of participants to contribute and explore misconceptions they may hold, and participate in formulating a solutions-oriented, shared understanding of a challenge. Yet, only one of the associations in the province chose to participate in this study. One can gain insight into these low study response rates by examining the literature. Stakeholders who expect to be on the losing side of a deliberation may attempt obstruction of the process by withholding participation (French & Laver, 2009). This has also been described as “coercive power” wherein there is opportunity to interfere with a situation (Bolman and Deal, 2013, p. 197).

As the research project was oriented to yield useful recommendations, the ASCMT was encouraged to consider a number of strategic priorities in their leadership to advance massage therapy regulation in Alberta. These include: 1.) maintain and improve the ASCMT’s public profile as a leading authority on massage therapy regulation in Alberta; 2.) develop an engagement strategy to connect with massage therapists currently practising in Alberta to begin a shift in culture from service industry to health professionals.

Historically, different pockets of massage therapists have existed, often identifying with the values of their respective associations. As regulation proceeds, Alberta’s massage therapists will become a collective group of health-care providers, part of a larger community of registered massage therapists in Canada. Establishing an effective strategy to engage massage therapists currently practising in Alberta to connect with their RMT colleagues will facilitate a shift in culture from service industry to health professionals.

Proclivity for turf protection, fed by a vague definition of massage therapy, was a key finding in this study. The regulatory environment in Alberta is diverse and sometimes volatile. It is my hope that the results of this project might be useful in advancing professional regulation in Alberta as well as other unregulated jurisdictions in Canada that may be experiencing similar struggles. Unfortunately, the nebulous definition of massage therapy seems unavoidable until regulation is established.

Beth Barberree began her massage therapy career in 1995, achieved a psychology degree in 2011, and a Master’s degree in Leadership-Health in 2016. She has also been involved in various boards, conferences, planning summits, working groups and committees. Beth now consults for organizations requiring governance, strategic planning and change management support.