We all remember those days vividly, although I hesitate to use the word fondly. I would only be humouring myself, pretending that I could wax poetic about such a gruelling Mt. Everest-for-your-brain experience.  Most graduates of the working massage world seem to smile with nostalgia upon reflection of those hallowed (seemingly endless) halls of knowledge.

We all remember those days vividly, although I hesitate to use the word fondly. I would only be humouring myself, pretending that I could wax poetic about such a gruelling Mt. Everest-for-your-brain experience.  Most graduates of the working massage world seem to smile with nostalgia upon reflection of those hallowed (seemingly endless) halls of knowledge. Oh, the lasting friendships, the ultimate challenge, the Kreb’s Cycle and blah, blah, blah. Obviously ‘they’ (the ones with fond memories) didn’t endure the six months of non-stop neurology that I did, sitting in a cramped, stifling, sweltering classroom while the rest of the world frolicked in the relentless summer sun, sipping grande frothy Starbucks drinks. The good ol’ school days to me, were an elaborate experiment in human behaviour. Yes, our classroom had a distinct Lord of the Flies quality to it. Had we been familiar with Survivor in 1997, there’s a not-so-surprising chance that our campus would have transformed into the South China Sea, or the French Polynesian Islands, and more than a few individuals would have been voted off the massage island. 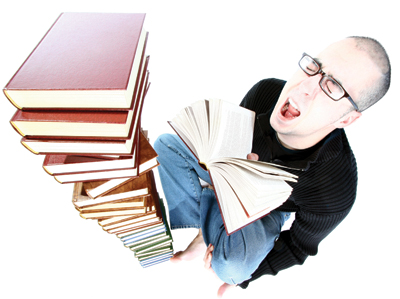 They said it was like this in all the schools, the blanket of suffocating tension and hive-inducing stress and daily battles with administration were the undeniable norm.

I wonder how many pints were downed at the local pub, one hundred staggering steps from our school, beefing about administration, boot-camp instructors and beyond rigid school uniforms. Black socks? No way, even if I am half Italian. I’m the half that doesn’t wear black socks. And, in post-exam bliss, elbows deep in spent peanut shells, still swilling pints and scouring a dog-eared, heavily highlighted Marieb, we questioned, do we really have to know this much about the anatomy of the penis?

I appreciate anatomical basics, but let’s face it, the curriculum handed us an unquestionable vas deferens and spongy urethra overdose. Don’t even start me on the brain and spinothalamic tracts and Broadman’s areas. Wernicke and Broca ring a bell? No, they don’t play for the Leafs either.

So much knowledge already existed in our class which boasted a nurse, two med lab techs, a doctor, a gynecologist, a phys-ed teacher, a bachelor of this, and a bachelorette of that. I laugh aloud to think of my entrance exam multiple choice guesses.

I guessed that the human body must have 25 litres of blood flowing through it. I pictured 25 one-litre milk bags, visually laid them out on my body, and it made perfect sense. Six litres seemed so ridiculous to me, as if I would guess that. As for the gall bladder, left or right quadrant,
or the bit about fractions and that damn train coming from Chicago at 70 miles per hour? I was doomed.

I have a chuckle remembering the stress we endured in those first months, panicking over draping of all things. A sidelying IT band treatment instilled a Blair Witch Project scale of fear. It would prove to be the second most dreaded condition to pull during an oral-practical, second (barely) to torticollis. (Jaws theme song here).
I run through the data bank between my ears. Torticollis, torticollis, if the left SCM is hypertonic, rotation is to the right, and to stretch, you do a lateral bend to the @#%. Do you apply heat to the left or ice the right?

Marieb was a coffee table book (and dining room table) for nearly two years, and I’m certain I went through three twenty-four packs of markers colouring the famous ink-sucking pages of the anatomy colouring book (or, Hairy Hand Bible as we referred to it). As long as I was madly colouring, I felt somewhat productive creating Debbie Travis inspired pages of lichen green semimembranosus and pumpkin biceps femoris. Come test time, I would imagine the muscle, extensor hallucis longus and debate over Barney purple or, was it the hot cocoa brown one … #%#.

When I wasn’t colouring into the wee hours of morning with an ever-cramping hand, fuelled by yet another pot of coffee (this was pre-Red Bull days, we had it tough), I was submerged in the hot tub (hydrotherapy – although I never did the cool wash after for ultimate vasoconstriction). I developed mini-muscles
(new ones, not even identified yet!) muscles that can only be buffed up by balancing textbooks precariously above the water level of a tub.

Without fail, the hot tub would leave me too pleasantly exhausted to care any further about antagonists and synergists. Plans to wake up ‘nice and early’ ­– because it’s always nice when you wake up early – were thwarted by a need to sleep for three more days. In the tiny moments between wakefulness and sleep there were no comforting visions of dancing sugarplums or sheep in my head. No, my head would be buzzing like an angry beehive with the loop of Henle and ADP and ATPs. I would rehearse carpal bones in the dark, holding my wrist as though it were the Rosary. ‘Some lovers try positions that they can’t handle.’ Scaphoid, lunate, pisiform, crap, what was the ‘t’, triquetrium? Start over. Palpating my hand prone and supine, supine and prone, whack! Hit the alarm button one more annoying time. As I did this, my levator, splenii and traps turned to quick cement, origin and insertion, unknown. Like everything else I thought I had learned so far.

Did I mention the decubitis ulcers from those rigid classroom death-sentence chairs? The coconut oil-related nausea? The olecranon mindblanks and C6 reflex shivering fear?

The Board Exam became the BORED Exam as the last months of classes edged us nearer to our grim fate. We were itching to move on (or itching from scabies, who knows), into a twitchy countdown, eager to practice massage therapy for a living, not just another exam.

At long last the rumors about short sheets at the OPs could lie to rest. The dreaded exam didn’t even have
a blurb about Broca or Wernicke. Or any of the Leafs forwards.

I was thrilled to see one sperm question though, after all the weeks spent glaring at the male reproductive system. Memory lane (quick, which Broadman area is that? Hippocampus?) exists somewhere for all of us, either as a dead end, a wrong turn, or perhaps, hopefully the side street we used as the exit to the big ol’ highway of a massage career. Marieb still ends up on the coffee table now and again, but copies of Cottage Life and House and Home have quickly replaced those non-hot tub friendly texts. I have stopped reading for memorization (mesmerization), and enjoy the pleasure of learning for
personal satisfaction.

Beyond the loop of Henle, and the aortic arch, there is really a whole world waiting, and I’m thrilled to finally get my hands on it!

Jules Torti, RMT is entering her 7th year of practice and is currently working at the Fairmont Royal York Hotel in Toronto, Ontario (and she still can’t do fractions – doesn’t the train ticket tell you when that train from Chicago is going to arrive?)
Print this page