VANCOUVER – Most seniors in British Columbia's residential care facilities feel safe and half of them believe the quality of care is excellent, but almost as many say the homes don't feel like a home, said a report released Friday. 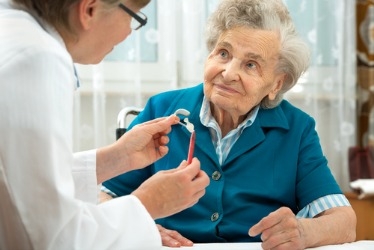 B.C.’s Seniors Advocate Isobel Mackenzie said seniors also complained that a lack of friends and freedoms were some of negatives of life in residential care facilities. More than 60 per cent of the seniors reported not being able to shower or bathe when they wanted, she said.

The landmark report, billed as the largest survey of its kind in Canada, involved interviewing 22,000 people and makes eight recommendations, including immediately increasing staffing levels, adding flexibility around the delivery of services and activities and improving meal time experiences.

“Certainly, there’s a staffing question,” he said. “We need to promote opportunities in care for people to live to the fullest extent of their freedom, which is what we all want to do in the course of our lives. At the heart of that is the fact that care homes are currently understaffed based on provincial guidelines.”

Mackenzie said staff shortages are the common thread behind many of the concerns raised by seniors in interviews, including regulated activity, meal, bath, toilet and sleep times.

She said many seniors reported having few friends as a negative reality of life in a residential facility.

The report found almost 46 per cent of residents said there is no one living in the facility they consider a close friend and 45 per cent say there is no one to do things with, Mackenzie said.

She said about 90 per cent of those interviewed feel safe and almost as many feel they are treated with respect, but 60 per cent say they don’t get to bathe as often as they’d like.

The report concluded only 57 per cent of residents report that the care facility regularly feels like home.

– By Dirk Meissner in Victoria.