Features
Where our thoughts come from: How microemotions affect spontaneous thought 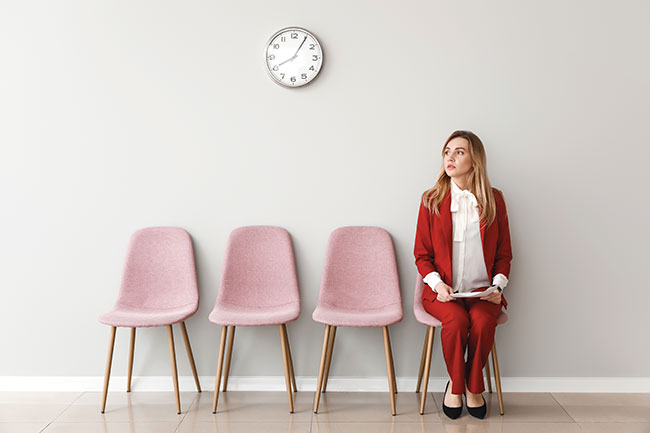 Our thoughts are like a private theatre, and as such they can fascinate us. They are sometimes unpredictable and sometimes on cue. They can surprise us, stimulate us, move us to action and sometimes to tears. As much as thoughts can trigger emotions, they can also be triggered by them: feelings influence what is shown in our mental theatre.

The fleeting images and phrases in our minds make up a good portion of our lives. By some estimates based on brain state transitions in neuroimaging data, we may have four to eight thoughts per minute. Even accounting for some periods of fatigue or apathy and many periods spent perceiving sensory input (such as reading or listening), that can add up to several thousand thoughts a day.

Many thoughts can be classified as spontaneous or involuntary. They spring to mind; they don’t feel deliberate. Some may be ideas or intuitions relevant to a current situation, intrusive thoughts linked to preoccupations, or “free associations” while the mind wanders. Some are recollections of autobiographical memories with some link to recent experiences.

Spontaneous thoughts often emerge from long-term memory, unconscious pieces of phrases, images, actions and ideas that also give rise to dreams. These mental construction blocks are the collective activity of networks of neurons in the brain’s grey matter whose connections have been strengthened by numerous experiences.

These neural networks are ordinarily inactive, but when they are excited by other brain activity, such as a stimulus, a related thought or hunger, they compete for access to consciousness based on their strength. The competitive strength of networks is influenced by their relevance to our situation, but also to our goals, needs, interests or emotions. We think about food more easily when we are hungry but also when we have an important dinner to prepare.

Emotions play a key role in many types of spontaneous thoughts. For example, intrusive thoughts are forced upon us by emotions so that we focus on high-priority information like threats, frustrations or opportunities. Anxiety often produces intrusive thoughts pointing to real or imagined threats. In post-traumatic stress, it can cause repetitive flashbacks and ruminations.

While negative emotions make us focus on high priority content, positive emotions appear to facilitate more remote or unusual associations which increase memorization and creativity. During euphoria — intense happiness or pleasure that may be out of proportion to its causes — intrusive thoughts often include optimistic anticipations and imaginative ideas. Passion induces positive spontaneous thoughts.

Even during uneventful daily activities, weak emotions or microemotions such as worries, desires, irritation, stress, surprise or interest are involved in orienting many of our thoughts.

Microemotions are brief and often unconscious. They mainly trigger micromovements like muscle tension or facial microexpressions and they produce small physiological reactions including adrenaline secretion and cardiovascular responses.

Micro-fears often trigger what-if thoughts and worries that maintain anxiety through a positive feedback loop; this in turn can be a source of insomnia. Desires regularly activate thoughts like goals, wishes and conversation themes.

Microemotions of guilt or pride trigger moral intuitions of anticipated disapproval or approval of others, which are essential to develop pro-social behaviour such as co-operation, helpfulness and other types of behaviour that benefit others. Microemotions of boredom or craving for stimulation can trigger distraction or mind wandering and may underlie some symptoms of attention deficits.

Microemotions influence our thoughts in a variety of ways. They distract our attention from its present object, they sensitize perceptual systems to notice things related to their dominant theme and they facilitate the retrieval of memories relevant to that theme. Microemotions are themselves triggered by a perception or an idea, often an unconscious one, that is significant enough to subtly activate emotional systems.

Emotions can activate spontaneous thoughts through several brain circuits centred on a hub called the amygdala. That hub has access to our urges and desires activated in the low parts of our frontal lobe. It can interpret the emotional significance of perceptions or retrieved memories, and it can also influence them.

The amygdala hub also activates the brain’s amplifiers in the brain stem that feed neuromodulators like adrenaline and serotonin to the grey matter. These systems juice up the level of neural activity and steer it toward the theme that is consistent with the emotion. When the evoked thought is itself emotion-provoking, a self-sustaining loop is created between thought and emotion that is stopped by either distraction or cognitive processes.

In essence, spontaneous thoughts are largely motivated thoughts: every minute, feelings nudge our attention, our inner voice and our mental theatre in a specific direction. Better control of stress levels, emotions and daily experiences may improve the quality of these spontaneous thoughts and the satisfaction derived from them.