A yoga program for children with cancer can be carried out even during cancer treatment, and has quality of life (QOL) benefits for the children as well as their parents, suggests a study in Rehabilitation Oncology, the official journal of the Oncology Section of the American Physical Therapy Association. The journal is published by Wolters Kluwer. 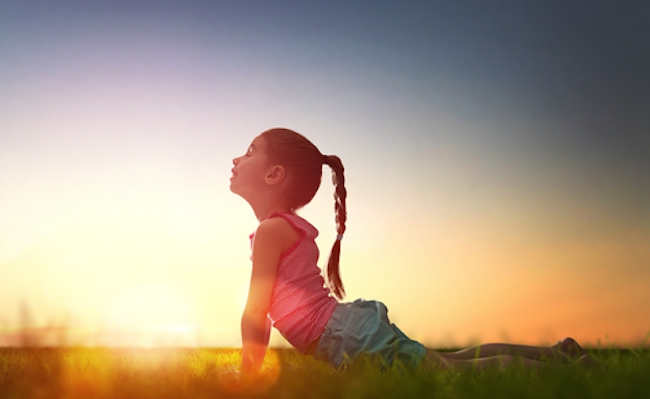 “Our findings support the notion that yoga for pediatric cancer patients during active treatment is feasible and potentially helpful in improving both patient and parent well-being,” according to the new research, led by Dr. Andrea Orsey of Connecticut Children’s Medical Center, Hartford. The report is part of a special issue focused on Pediatric Oncology Physical Therapy and Cancer Rehabilitation.

In a pair of preliminary studies, Orsey and colleagues evaluated the feasibility and effectiveness of a yoga intervention for children with cancer and their families. Yoga has emerged as an effective complementary therapy for adults with cancer – but few studies have evaluated its benefits for children undergoing cancer treatment.

In an initial survey, 20 children and adolescents with cancer and their parents expressed interest in doing yoga during treatment. They also perceived several barriers to such a program, including concerns about side effects, pain/discomfort, and physical limitations.

With these barriers in mind, the researchers developed a yoga intervention for pediatric cancer patients, delivered by certified yoga instructors. The program was designed to be performed in a variety of settings and tailored to the children’s physical condition or mobility issues.

A pilot evaluation included ten children with cancer and their family members/caregivers. Although limited by its small size, the study suggested improvements in health-related QOL for both parents and children, including social and emotional QOL.

Both parents and children were highly satisfied with the yoga program and said they would recommend it to others. One mother cited several benefits of yoga for her daughter: “It gave her more energy and made her more positive.”

The pilot study will help to guide future efforts to provide the benefits of yoga to children with cancer and their families. A key issue will be coordinating yoga sessions with the medical demands of chemotherapy.

The special issue highlights the growing body of evidence to guide rehabilitation and physical therapy for children with cancer. While more children are surviving cancer, they face long-term effects on health and functioning due to their disease and its treatments. “Physical therapists are uniquely suited to design and implement interventions that target these impairments,” according to an introduction by guest editor Kirsten K. Ness.

Other topics in the special issue include the safety of using symptoms, rather than blood counts, to determine whether children with cancer can safely undergo physical therapy; a community-based exercise program for childhood cancer survivors; and specific exercise programs for children bone cancer (osteosarcoma) and leukemia. Kirsten Ness adds: “These data are exciting and provide a good starting point documenting original research in pediatric oncology rehabilitation.”