When a sexual abuse complaint against Ontario massage therapist Fernando Vigon-Campuzano in 2016 led him to surrender his RMT licence, it opened up a can of worms that went back as far as 2014. He has since faced three counts of sexual assault charges, as two more patients came forward. 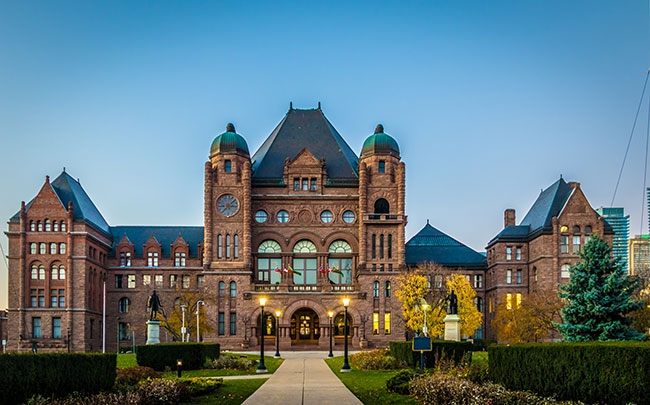 A report by the The Star indicates that Vigon-Campuzano had been the subject of an investigation by the regulatory college for allegedly groping a female patient in 2014 – that patient was an undercover investigator for the College of Massage Therapists of Ontario (CMTO).

Although the circumstances surrounding the 2014 incident and why it never made it to a formal disciplinary hearing are not clear, this story – and several other similar stories involving other health care professionals – shone a light on what the provincial government believed were gaps in the legislation that allowed for sexual abuse cases involving health-care professionals to go unpunished.

That will soon change.

The Ontario government is ramping up its crackdown on sexual abuse of patients by health-care providers with the passage of Bill 87, which institutes amendments to the Regulated Health Professions Act, “strengthening and reinforcing” a zero tolerance policy on sexual offences by a regulated health professional.

Ontario’s Ministry of Health summarizes the amendments outlined in Bill 87, The Protecting Patients Act, as follows:

The new legislation was enacted last spring and already, the CMTO has drafted a new “Standards for Maintaining Professional Boundaries and Preventing Sexual Abuse,” in anticipation of the new provisions set out in Bill 87. The draft has been submitted to the massage therapy professional community for feedback and is now in effect.

Sensitive matter
According to Andrew Lewarne, executive director of the Registered Massage Therapists Association of Ontario (RMTAO), Bill 87 has been a long time coming. “The sexual abuse of patients really transcends the borders of the different health professions, so something needed to be done.”

Bill 87 applies to all regulated health professions in Ontario, and the various professional associations have publicly weighed in on how they believe this new legislation could impact their practices. The Ontario Medical Association (OMA), in a statement issued in May when the bill was still in deliberation, said the proposed legislation will “negatively affect the delivery of patient care and compromise the privacy of individual physician’s personal health information.”

There is no doubt the intent of the legislation – eliminating sexual abuse in health care – is sound. However, as Lewarne puts it, “the devil is always in the detail.”

The individual colleges are expected to roll out new or updated regulations and standards of practice to comply with the provisions of Bill 87. The CMTO’s draft new standards have been released for member feedback, and the RMTAO’s board has responded with its comments.

“We’re looking for clarity in what the CMTO is meaning in the particular standard because there is nothing actually in the Act – in either the Massage Therapy Act or Health Care Consent Act or Bill 87 – that indicates that you have to have separate consent,” Lewarne explains.

Lewarne says this provision must be clarified. “For a very long time it’s been standard practice for many massage therapists that if they are going to be treating a sensitive area they would get a separate consent that is written down, and that particular consent has to do with the initiation of the treatment plan. It’s only when there is a substantive change in the treatment plan or a reworking of the treatment plan that a new, fully informed consent needs to be obtained.

“There’s nothing in the writing – in any of the legislation – that says you need to get a full and separate consent each time that you see an individual for a treatment.”

Having clear communication and understanding with the patient about their treatment has never been more important for a health-care practitioner now that Bill 87 looms over the horizon. Having a written record of those communications is also key, says Tracey Tremayne-Lloyd, a Toronto-based lawyer specializing in health law.

“They have to explain to the patient exactly what they are going to do and why,” Tremayne-Lloyd advises. She adds health practitioners can no longer take for granted or assume that a patient is fully aware of the expectations or treatment plans every time they come in to the clinic.

When treating sensitive areas of the body, the Toronto lawyer says the massage therapist should “tell the patient and ask for permission.”

“They ask for permission, they make a note in the chart that they explained the nature of the procedure and that the patient consented and understood. They have to mark it in their record,” Tremayne-Lloyd says. Permission does not necessarily mean a signed consent by the patient every single time a treatment is administered, she adds, as long as there has been a clear conversation and explanation, and that the patient understood and consented to it – and the practitioner makes a note of the exchange on the patient record.

Too far
Lewarne views Bill 87 as a re-affirmation and clarification of what the expectations of conduct are for all regulated health professionals.

Unlike the medical community, he does not believe Bill 87 will negatively impact patient care “providing there is communication between the health professional and the patient.”

Tremayne-Lloyd, however, thinks Bill 87 had “gone too far,” particularly in broadening the list of acts that would be considered “sexual abuse,” which she says may impact the way health professionals deliver care.

Prior to Bill 87, sexual abuse under the Regulated Health Professions Act included only sexually explicit acts. Bill 87 expands the list of sexual abuse acts to include “touching of a sexual nature” of the patient’s sensitive areas.

Tremayne-Lloyd relates a real case of professional misconduct, where a dermatologist had diagnosed melanoma on a patient’s skin, and proceeded to inspect other parts of the patient’s body for signs of skin cancer. The patient misconstrued this examination as sexual in nature and lodged a complaint against the dermatologist.

“So what happens with this kind of legislation, I think, is that health-care providers are going to be terrified about having their regular professional service misconstrued by a patient as having some kind of sexual connotation.

“Especially with all the publicity, patients today are overly sensitized about the idea that health professionals are going to assault them or sexually abuse them,” says Tremayne-Lloyd, who has practiced health law for more than 20 years.

This broad definition under Bill 87 may leave health professionals more open to more disciplinary proceedings because patients may potentially misconstrue a treatment as being inappropriate.

The Ontario Medical Association shares this concern and its conern about another Bill 87 provision that allows the suspension of a health professional’s licence upon the regulatory college’s receipt of a complaint – even before a finding of guilt.

Tremayne-Lloyd explains this kind of power by the professional regulator used to be enforced only in extra-ordinary circumstances, when the facts of the case warrant such penalty – it is considered an “emergency power” of the regulator.

“The way they’ve done the amendments makes the access to that provision by the regulator easier than it has ever been before,” she explains. “They are suggesting that these kinds of cases that are considered or will be charged as sexual abuse cases, that (the accused) should be suspended under the emergency power before there’s been a trial. That, I think, is really so overreaching and very frightening for our health professionals.”

Task force
Bill 87 is the government’s response to the recommendations by the Health Minister’s Task Force on the Prevention of Sexual Abuse of Patients and the Regulated Health Professions Act, chaired by Marilou McPhedran.

That task force, Tremayne-Lloyd believes, was formed in reaction to a 2014 report by the The Star highlighting cases of patient sexual abuse by medical doctors that largely went unpunished and allowed the accused physicians to continue practicing.

“I do think that the government was feeling almost embarrassed by the fact that The Star was writing all these stories that it gave the impression that the regulators were not doing their job… and were kind of ‘letting people get away with these things,’” she says.

In her experience, she adds, nothing could be farther from the truth.

“These stories just don’t understand how our system of justice works. These regulators are very strict on their membership and they take these things very seriously, but they still have to follow the natural justice, they still have to do their jobs properly.”

Bill 87 also evokes concerns that the government’s efforts to impose laws that aim to protect patients from abuse may be inadvertently stepping on the rights of the health professionals.

“I just would prefer that they didn’t keep making it easier and easier to violate our professionals’ rights… like their right to access natural justice, be tried and found guilty before they are sentenced,” Tremayne-Lloyd says.

Mari-Len De Guzman is the editor of Massage Therapy Canada magazine. You can contact her at mdeguzman@annexweb.com.