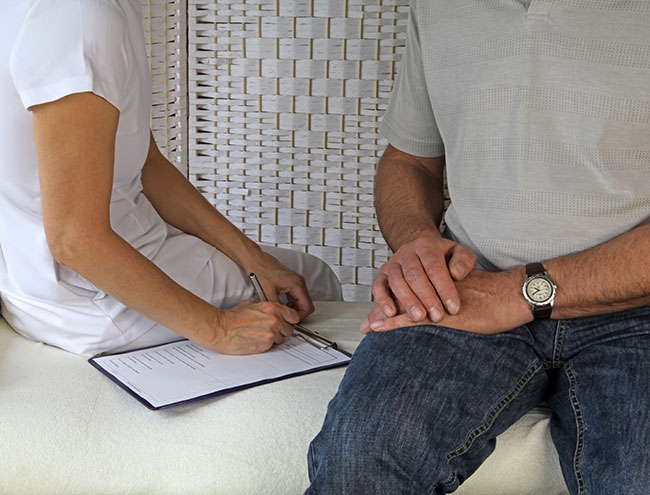 FREDERICTON— A new study led by a University of New Brunswick professor found a disturbing 74.8 percent of registered massage therapists (RMTs) surveyed in the province have been targets of assault or harassment while on the job. The study, which surveyed therapists throughout New Brunswick, was done on behalf of the Association of New Brunswick Massage Therapists (ANBMT) and undertaken by Dr. Lucia O’Sullivan, a professor in the department of psychology at UNB, and Morgan Richard, a PhD candidate at UNB.

The study found that 26.5 percent of RMTs who took part in the survey have been assaulted or harassed on more than three occasions and seven percent were targeted more than 10 times. Both female and male therapists were impacted by these incidents, the vast majority of which (87.9 percent) took place during the treatment itself.

“The UNB study clearly indicates that registered massage therapists in New Brunswick regularly face some form of assault or harassment during the course of their work. Experiencing physical or verbal sexual assault or harassment as an RMT in any context is unacceptable. Every New Brunswicker should be able to work without constantly fearing for their personal safety,” said Stephanie Mead, a practicing RMT and member of the Assault Prevention and Education Committee of the ANBMT.

Males accounted for nearly 92 percent of those who committed the harassment or assault, with nearly 40 percent of them being aged 50 to 55. Conversely, about 65 percent of RMTs who were harassed or assaulted were aged 19 to 30.

“RMTs in New Brunswick know that the vast majority of their patients are kind, respectful and peaceful people. However, a small minority are committing criminal acts and putting RMTs at risk. More must be done to protect the safety of registered massage therapists in New Brunswick. Our aim is to educate the public and empower massage therapists,” noted Tom Peppard, the lead study investigator and also a practicing RMT and member of the Assault Prevention and Education Committee.

The survey of therapists received ethics approval from the University of New Brunswick. It was completed by 143 members of the ANBMT. The surveys were anonymous, completed online and participants were not compensated in any way.