A natural in the classroom, Sandy quickly and almost effortlessly builds strong rapport with her students and becomes their favourite teacher.

During one specific class, Sandy is approached by Todd, a student in her class, who complains that he is in terrible pain as a result of a soft tissue injury sustained in a hockey match. In a pleading voice, wincing and obviously in pain, Todd asks Sandy to treat his shoulder during the class break. Sandy does not feel entirely comfortable with Todd’s request especially given the fact that she had made a previous commitment to meet her program director during the class break. But Todd, she reasons, is in obvious pain and really needs her help, and she genuinely likes the affable, intelligent and good looking young man who thinks she is just “the best.” 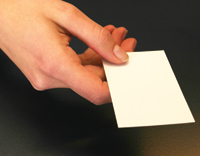 The following day, Todd again approaches Sandy and thanks her for the wonderful treatment, but complains of some residual referred pain and inflammation and requests she recommend an over-the-counter ointment to reduce his pain and inflammation. At this point, Sandy tells Todd that she and a friend, a naturopathic physician have created a wonderful salve that would work far better than any over the counter ointment and that she could offer it to him at a 20 per cent discount, given the fact that he is her student.

A few days later, a group of students approach Sandy and enquire about her salve based on Todd’s glowing recommendation. Sandy offers to sell her salve to the class at a substantial volume discount. The students are thrilled to get a great salve at a great price and Sandy has found another way to make some additional revenue. Sandy starts selling her cream to students in other classes and utilizes a classroom during lunch periods to market her product to the other students.

Perhaps a not so uncommon practice, the above case study clearly thrusts a well-intentioned teacher in the murky and complex waters of dual relationships. Dual relationship scenarios are not only often inherently problematic, but also unethical and highly discouraged by all professional health care disciplines.

Sandy’s need to remain the “coolest” and best liked teacher in the school has prompted her to do something which creates personal discomfort. She has, after all, made a previous commitment to someone else, namely her supervisor, to spendher break time with him and broke that commitment. Interestingly, she did not feel comfortable providing the service, but did not heed her original discomfort. We need to pay attention to our discomforts and those niggling feelings we have that set off those alarm bells for us.

Perhaps Sandy rightly worried about where this would take her, that is, would this mean that she would be committing herself to providing massage therapy treatments for Todd whenever he needed them. Would he ask her again? Would she be able to say no a second time if she said yes the first time? What if she did not have the time to treat Todd? What if Todd was displeased with treatment or a residual side effect of treatment? Could he claim that his teacher had injured him in the classroom, or that he felt he had to allow her to treat him because she was his teacher, and his refusal might result in some type of penalty, i.e., a poor grade on an exam? What if his classmates also request treatment from Sandy and she refuses? Will they perceive Todd as receiving preferential treatment and resent Sandy for her favouritism?

Beyond this, as an instructor at the college, Sandy has implicitly committed herself to supporting the policies and guidelines of the college, but clearly is in violation of the college’s policy on dual relationships.

Worse still, perhaps Todd will interpret Sandy’s kindness as something more than kindness – as an interest in developing a friendship with him or possibly even a romantic relationship and may pursue a next step that may involve inviting Sandy to a social function, or out for coffee.

If Sandy rejects his invitation, he may feel slighted and led on, when in fact she was merely responding with what she perceived to be an empathetic and sincere concern for his well-being.

Clearly crossing the line the first time was perceived by Todd as an invitation to approach Sandy again. This time seeking additional therapeutic advice in the form of a recommendation for a cream. Now it may well be that Sandy believes that her salve is wonderful and far more effective than anything else on the market, but the fact remains that she is Todd’s teacher and her opinion will have influential weight given her position of power and authority in his life.

Todd may have tried the salve and not found it particularly useful and still felt compelled to continue purchasing it because he believes that not doing so will harm his relationship with Sandy. Sandy must remember at all times that her advice carries significant weight and that no student of hers is in effect free to take her advice without the potential however remote fear of deleterious effects, i.e., falling out of favour with the teacher, failing the course, or simply peer pressure from other students who may seek to intimidate Todd into buying the product from their favourite teacher.

Once over the line and into the perilous terrain of dual relationships, Sandy begins to push further and the risks escalate as she offers her salve not only to her own students, but to all the students of the college. Again, typically schools will have policies and protocols about not only dual relationships, but also classroom space usage during lunch periods. It is not at all clear from our case study that Sandy consulted the school administration in order to discern if in fact such practices were acceptable.

Other instructors may become aware of Sandy’s venture and decide that they too ought to have the opportunity to sell products in the classroom. They may become resentful when they are refused the opportunity by school administration. This may in turn adversely affect Sandy’s relationship with her colleagues who may complain that she does not “play by the rules” and support their efforts to maintain a professional environment. The provision of treatment and the sale of products can deter the focus of the educational experience from teaching and learning into an unpalatable detour, treatment and sales, which are not part of the student role or the instructor’s responsibility.

Our students are often impressionable young people who need clearly demarcated guidelines and boundaries that will serve them in learning and owning their incumbent professional roles. They look to their instructors as the “living” role models for the kind of professionals they want to be. Serving the best interests of our students, for the right reasons, to ensure they receive the best possible education we can provide is an ethical commitment that an instructor can and must keep to their students, the institution that employs them and their profession. A failure to do so in order to pursue our own interests is not only ethically wrong but a serious breach of every therapist’s professional promise to ethical service within a professional health care role.