“Anatomy is far more than its elemental annotation of the things that sit and fit together inside. It brings with it a connection to practices shaped over half a millennium, and a mythology that imposes itself upon any contemporary dissection.” 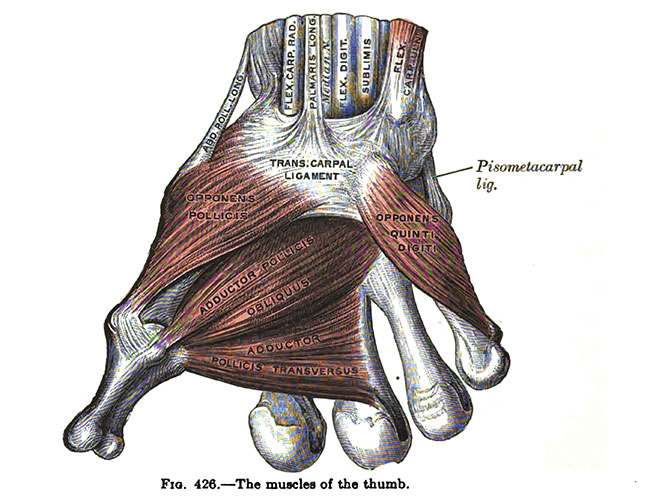 Anatomy is a pillar of education for any practitioner of the haptic arts. Massage therapists are intimately acquainted with the responsive, textural qualities of sinew, skin, and skeletal articulation, while contemporaneously cognizant of non-verbal communication arising from our subject on the table. I find anatomy to be a subject of breadth and depth…a study one returns to again and again.

My recent interest in restudying anatomy stems from a childhood avocation in drawing coupled with a keen vocational fascination with écorché (human figures with skin removed to display the underlying musculature).  After 30+ years of practice, I emphatically acknowledge I have more to learn. I thought I knew anatomy well, until I attempted to draw it from memory.

“At times when there was a shortage of cadavers to examine, artists became the principal dissectors of the human body, and were the main font of anatomical knowledge,” shares Andrew P. Zbar, retired surgeon and anatomy instructor. Zbar is the curator of the remarkable broadcast Anatopod. Zbar explains how the doctrine of Galen (who evidently never dissected a human corpse), prevailed for 1,000 years, yielding with no small resistance to upstart Andreas Vesalius (1514-1564), determined to confirm or deny Galen’s teachings through direct empirical examination via dissection.

Prior to Vesalius, anatomy instruction was delivered orally from the writings of Galen, with a central table of dissection and aspiring physicians observing ex cathedra (“from the teacher’s chair”).  Vesalius democratized the study of anatomy by inviting physicians into the pit of the Theatrae Anatomia to learn, first-hand, directly dissecting their subjects.  Vesalius, with his illustrator Jan Stephan van Calkar, would go on to produce the seminal Fabrica Humani Corporis, which would revolutionize the study and appreciation of anatomy, bringing it to a broader audience.

Anatomists and artists would collaborate on a number of works together to facilitate the transfer of knowledge in accessible ways.  Some artists – Leonardo Da Vinci and Michelangelo Buonarroti among the most famous – would conduct their own dissections to better conceptualize the organs below the surface. There existed a natural tension in the relationship – anatomists insisting on structural accuracy while the artists imposed stylistic features in their illustrations.

Some illustrations, like van Calkar’s, portray animated, skinless figures, strolling through the countryside with fields and recognizable landmarks in the background. Odoardo Fialetti portrayed cadavers complicit with their audience’s fascination, lifting layers of their own skin and connective tissue to display the organs underneath. Jacques D’Agoty illustrated personable subjects with hair, skin tone and amenable facial expression, while simultaneously displaying an abdominal or cranial incision with organs resting to the side.  Others, like Charles Bell (brother of anatomist John Bell) were critical of these renderings, preferring realism in the portrayal of dissection. “The expression of the corpses are tormented and sorrowful forcing us to bear witness to their surrender and sacrifice” recounts Zbar in another episode.

Over time, and with the advancement of medical education, illustrations became less artful and more pragmatic. In Henry Gray’s Anatomy Descriptive and Surgical (1858), “illustrator Dr. Henry Vandyke Carter deliberately chose not to insert either subliminally or overtly the notations of his predecessors. Gone were the small messages of mortality, the memento mori of a life well lived and a death well borne, the religious tropes honouring the Will of God and the reminders of the brevity of existence or the penalties for impiety.”

Zbar affirms, “Anatomists and illustrators have at times shared an impetuous and even fractious alliance. On occasion anatomical art has been deliberately allegorical and even overtly religious, often tinged with a gallows humour or political overtones. The constancy of death was not portrayed in a social vacuum, and it is no coincidence that its more figurative representations emerged just as opera, Shakespearean theatre and ballet were born.”

The intersection between anatomy and art is not limited to those in the health sciences.
Photo: AlienCat / Adobe Stock

The study of anatomy fell dormant in the Western hemisphere between the fall of Rome and the birth of the Renaissance. Religious restrictions prohibited dissection as a desecration of the body as holy vessel for the soul.  However, Pope Benedict XIV (1675-1758) supported science and the advancement of humankind, opening the door to further anatomical study via dissection.

By the 16th century, judges throughout Europe were “given Royal Assent to add the ignominy of dissection to a sentence of execution for a capital crime” Zbar explains, and dissection became a public spectacle.  Laws would loosen – in demand by medical colleges for dissection subjects – to allow the unclaimed dead in hospitals and workhouses to become anatomical subjects.  To further feed the demand, profiteers would enter the sordid business of grave robbing, body snatching and sometimes murder to cash in on the commoditization of cadavers. Private anatomical museums responded to public fascination, and we see modern impressarios such as Guenther Von Hagens and his international Bodyworlds (Die Korperwelten) exhibit.  Even today, such unabashed displays of the human form are not without their critics.

The intersection between anatomy and art is not limited to those in the health sciences.  The Getty Research Institute in California staged an exhibition this year entitled Flesh and Bones: The Art of Anatomy. I note from various social media the interest for the precise study of anatomy drives application in medical illustration for pharmacy or health sciences marketing and education, in graphic design for video games and fantasy memorabilia, and in film and television towards medical and crime drama.

Zbar laments the diminishment in the direct engagement of anatomical dissection. “Today surgeons are largely removed from the tangible closeness of the innards of their patients by foot-long working instruments inserted through minuscule windows and snaked through body cavities.” On discussing simulators and digital anatomy study guides, “perhaps the only thing truly missing from this approach is a tangible sensibility of how an organ can give way under the pressure of the scalpel, the elasticity of its physical encroachment upon neighbouring tissues.”

Zbar confirms “many schools worldwide have abandoned the real cadaver for its virtual homologue…it remains to be seen whether the slow divorce between the school and the corpse will deleteriously impact on the integrity of the clinical examination of real live patients.” His concern: “this sort of knowledge is textural, assimilated like any other craft and if doctors still learn by the bedside, then students do so by the slab.”

Zbar’s broadcast covers a lot of ground – the history of anatomization, the infusion of art and philosophy in anatomy, the corpse as commodity, genderization of anatomical study, the contribution of the Arabic world, and short vignettes of interest such as the “Drummullan Giant.”  Zbar brings his particular experience as a surgeon and anatomist to deliver detailed oral accounts of the brachial plexus, shoulder girdle, head and neck, and more. I’ve discovered listening to his anatomical orations in conjunction with anatomy book in hand a potent combination for study.

Zbar asserts contextualization is paramount for the serious study of anatomy. “Anatomy is far more than its elemental annotation of the things that sit and fit together inside. It brings with it a connection to practices shaped over half a millennium, and a mythology that imposes itself upon any contemporary dissection.”

Donald Quinn Dillon, RMT is a practitioner, practice coach and author of the self-study workbook Charting Skills for Massage Therapists. He has spoken at MT conferences across Canada, and his articles have appeared in professional publications such as Massage Therapy Canada, Massage Therapy Today, AMTA Journal, and Massage Therapist (Australia). He produces the broadcast On the Table, in conjunction with Massage Therapy Canada magazine/Annex Business Media. Dillon’s website  DonDillon-RMT.com provides a variety of resources for massage therapists