Tell us a little about yourself
I have been married for 49+ years to my beautiful wife, Thérèse, and have one son and one granddaughter. I enjoy my computer and travel as hobbies. My whole life has been given over to leadership and management endeavours starting with a great grounding in the military.

Tell us a little about yourself
I have been married for 49+ years to my beautiful wife, Thérèse, and have one son and one granddaughter. I enjoy my computer and travel as hobbies. My whole life has been given over to leadership and management endeavours starting with a great grounding in the military. 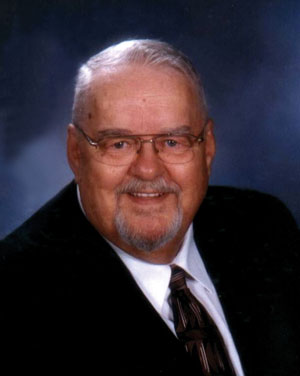 Professional Profile
Fred Lawson is the product of a 15-year military career in the RCAF and nearly 40 years in business. He has been a captain in the reserves, salesman, sales manager, general manager, entrepreneur and consultant and a member of Toastmasters International for nearly 40 years. He has twice served as District Governor, including District 45, Alberta-Saskatchewan in 1973-74. He is also a member of the National Association of Parliamentarians and the Canadian Society of Association Executives.

He owns Fred Lawson Presentations (FLP), a consulting firm specializing in association management and parliamentarian services and is also a founding partner of Crystal Gavel Consultants. He is the Executive Director of the New Brunswick Massotherapy Association (NBMA) and the Massage Therapy Association of Nova Scotia (MTANS).

Fred is parliamentarian for the Atlantic Therapeutic Touch Network (ATTN), The Northwood Community Council, Atlantic Canadian Association of Osteopaths, and the Atlantic Canada Chapter of Parents for French. He has written the bylaws of the NBMA, the Canadian Massage Therapist Alliance (CMTA), the ATTN, and the Northwood Community Council and has just completed the bylaws of the Atlantic Association of Osteopaths. Fred has also authored a short guide to parliamentary procedure entitled “Minimizing Meeting Madness.”

Influential people or experiences leading to this profession and career
I had retired from business a year or two early due to a cancer operation on my right leg; I was laying around the house in near depression (my wife says I was driving her nuts) when I got a phone call from Joni Wodlinger. She was then the President of the NBMA and she was looking for a bilingual parliamentarian. That was the best phone call I have ever received. It caused me to draw on parliamentary experience and to have a purpose for getting up in the morning.

What I found with the NBMA was a group of people called massage therapists that were a super special breed of cat! I instantly became interested in helping them attain their dream of a more professional association and the obtaining of legislated status. What an association … the next thing I knew I was caught up in their dedication and their excitement.  It is with me to this day!

Through Joni I also met the great MTANS people in Halifax, where I was living for Pete’s sake, and found that they had the same aspirations and the same needs. We seemed to fit and the NBMA was willing to share my time, so another chapter started.

Then I met the CMTA people … .no, I won’t bore you with another story, suffice it to say that the people in Massage Therapy in Canada are unique – the best. I love ’em all and am just pleased that I have been able to help them in my modest way.

Hope for our profession in the near and distant future

Legislation for the entire Atlantic Region of Canada is my dream. I want each and every therapist in my region, and across Canada for that matter, to have the pride of being professional and to taking their rightful place along side the other complementary health professionals.

Words of wisdom
To have words of wisdom one must first be wise. I don’t know if I qualify. I do know this, you become what you dream. When I was training as a salesman many years ago I was told something that has become my motto ever since; ‘If you think you can or you think you can’t, you’re right.’