July 5, 2019
By By Cassandra Szklarski, THE CANADIAN PRESS

July 5, 2019By By Cassandra Szklarski, THE CANADIAN PRESS 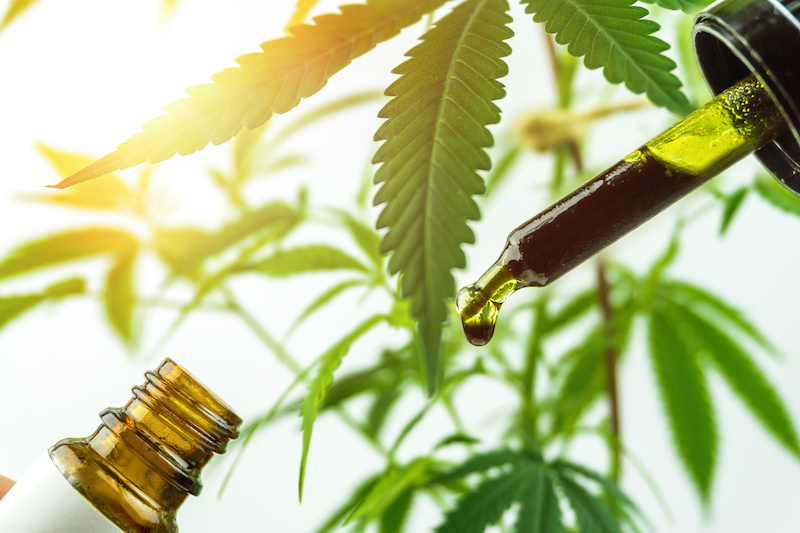 When it comes to cannabis and health, buzzwords abound: CBD and THC are chief among them, as well as the endocannabinoid system, which is the body’s network of receptors that these cannabis compounds unlock.

Gaetano Morello, head of a Vancouver-based supplements company, is somewhat averse to that last one. He prefers to call it the body’s ”wellness system.”

That’s partly because of the unrelenting promotion that surrounds CBD these days, as myriad products in the legal and illegal market tout CBD-infused lotions, sprays, oils and lozenges that purport healing properties by unlocking the endocannabinoid system.

But mostly it’s because Morello believes there are several herbs and spices that are just as effective at tapping into the same receptors most often linked to CBD, or cannabidiol, and THC, or tetrahydrocannabinol.

”We found that ginger is really powerful in this system, we found echinacea and clove is powerful in the system,” says Morello, suggesting the endocannabinoid system got its name because cannabis was an early discovery in unlocking its potential.

”If they would have found, for example, ginger root to affect the system … it might have been called the endo-ginger system.”

If average consumers are unclear about what CBD-infused products do and how they interact with the body, it’s about to get even more convoluted with a new class of products that purport to essentially do the same things, but without weed as an ingredient.

As CEO of the Vancouver-based Emerald Health Naturals, Morello had a hand in developing a line of supplements that include Endo Bliss, which ”naturally supports a positive outlook and resistance to daily pressures,” and Endo Inflame, which ”naturally promotes your body’s healthy response to pain and inflammation.”

There are also supplements to support cognition, sleep and ease stress by way of Endo Brain, Endo Sleep and Endo Calm, none of which contain CBD.

”CBD is over-hyped,” he says, also pointing to consumer barriers that include legality, price, possible contraindications with prescription medications, and consistent and reliable dosing.

”Really, there should be excitement about all these other things that impact (cannabinoid receptors) that can be legal all over the world.”

Also on the market are Livli Multivitamins for Cannabis Users, a daily supplement that’s meant to offset unwanted side effects of cannabis by targeting the endocannabinoid system.

In the beauty category, Gloss.ME Cannabis Sativa Oil Hair Serum, designed to strengthen hair with hemp seed oil, offers the assurance that: ”Gloss.ME will not make you high, as there is no CBD or THC in this hair serum.”

Then there’s the Oakville, Ont.-based Upothecary, which carries body products including shampoo, conditioner, face and body soaps, bath salts and candles, all ”inspired by the same terpenes found in cannabis strains grown by sister brand Up Cannabis.”

Its website touts the power of terpenes found in various plants and flowers such as limonene, commonly found in citrus fruits. It’s a key ingredient in its shampoo and face and body bars, and the company describes it as an ”anti-depressant,” ”anti-anxiety,” ”anti-inflammatory” and even ”anti-cancer.”

Consumers should be very skeptical of such claims, warns cannabis researcher M-J Milloy, who doubts any shampoo could offer more than clean hair.

”Hair is essentially a waste product so I’m not sure what connection it would have to the endocannabinoid system.”

Marijuana legalizaton, and the prospect of legal edibles on the horizon, have ushered in an explosion of dubious claims in the health-and-wellness sector, he says, reminding the public that even health-driven businesses ”have a focus on selling product.”

While Milloy is unfamiliar with non-cannabis compounds that can access the endocannabinoid system, he allows that it’s ”plausible.” But he still urges caution.

”Like a lot of these herbal preparations, if individuals have health concerns that they are looking to address, their first thought should be their health-care provider. The reality here is that the science is not settled and people are making a lot of claims.”

Dmitri Boudovitch says his Montreal-based company Folium Labs developed its Livli multivitamins for people who use cannabis but want to offset side effects that can include lethargy and mental fog.

”It brings the balance back by targeting the organs where THC passes through,” says Boudovitch, citing active ingredients including nootropic herbs Bacopa and Ginkgo biloba.

”(This is) where the industry is heading. There will be a number of natural health products … that actually target just the endocannabinoid system, forget about cannabis consumption.”

Livli vitamins only offset the effects of getting high and do not cleanse the system of lingering cannabis compounds, although Boudovitch says he’s working something along those lines, too.

Boudovitch sees demand for that product among those who work in professions that prohibit cannabis use, and daily recreational users who find their tolerance has built up, requiring more potent strains.

Morello, too, sees ”a whole new way of looking at health” but understands why some critics might be skeptical.

”Everyone wants to take advantage of a wave. I get that,” he says, insisting Emerald’s products are different. ”It’s going to educate people about this endocannabinoid system in a whole different way that we can call it the wellness system that’s pretty exciting.”