Features Patient Care Practice
The lumbar spine: Common postures and how they affect the lower back

Common postures and how they affect the lower back
(For more details on types of postures and the impairments they present with, see: Janda & Jull 1987; Kendall et al. 2005; Magee 2014.) 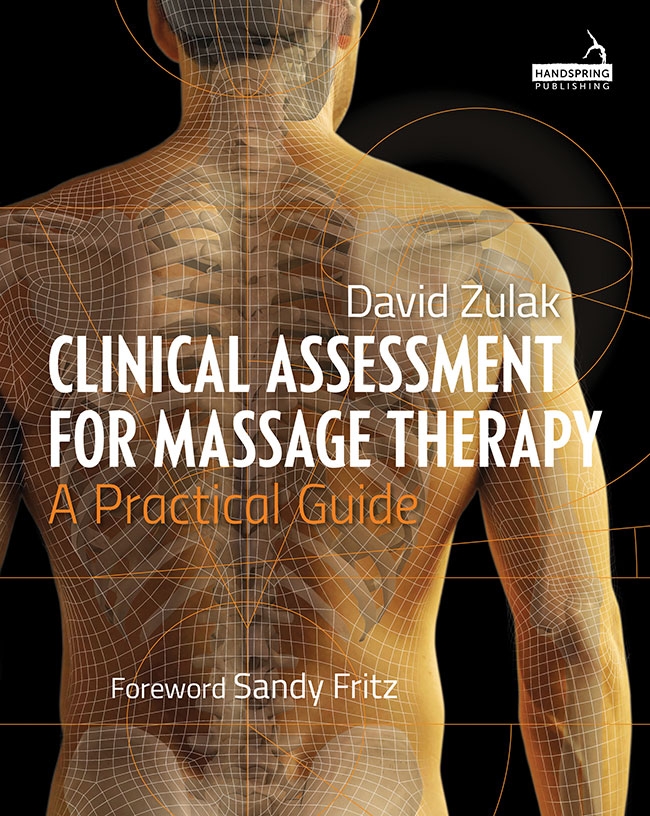 This text aims to bring together a range of examination and assessment techniques only otherwise found in a variety of different places. Excerpted from Clinical Assessment for Massage Therapy

In the normal posture (Fig. 12.8) the ear sits roughly over the shoulder, the shoulder sits over the trochanter and the gravity line runs just behind the patella and just in front of the malleoli. The spine has its proper elongated S-shape that provides a spring to cushion the joints and structures of the spine. The line of gravity (plumb line) runs through the body of vertebra L3.

In sway back (forward hip) posture (Figure 12.9), sway refers to the tendency of a person with this posture to sway back and forth (i.e., anteriorly and posteriorly). The reason for this is that with the hips thrust forward, their weight will shift onto the toes and this easily creates a feeling of imbalance so the musculature of the legs and hips will alternate in tension, causing the person to sway back to front as they remain perched on their toes (Kendall et al. 2005). The lumbar spine is extended (hyperlordotic) at the lowest lumbar vertebrae, which are sitting on posteriorly rotated hips. The hip joint is in extension, as are the knees. (The thoracic kyphosis and cervical lordosis are also exaggerated.) The first one or two lumbar vertebrae and lower thoracic vertebrae are often flattened and resist motion. This adds to the compressive force on the lowest hyperextended lumbars.

The military posture (Figure 12.10) is named for the classic “head up, stomach in, and chest out” position of a soldier at attention. It requires the person to extend their low back (increasing lumbar lordosis) while lengthening or flattening the thoracic kyphosis as the shoulders are retracted. Often the chin is lifted, extending the upper cervical spine. Note that the line of gravity runs slightly behind L3’s vertebral body.

In the flat back posture (Figure 12.11) the lumbar spine curve is decreased/ flattened. As a result, the body compensates for this by throwing the head forward (upper thoracic hyperkyphosis and upper cervical hyperlordosis).

Often, the whole body tilts forward which results in the toes grabbing the ground and the toe flexors, therefore contributing to a pes cavus (high arch) in the foot.

As a result of the at back posture, the pelvis-lumbar complex has:

Lumbar curves and L3: The source of many impairements and dysfunction within the lumbar spine
The lumbar spine’s normal lordosis (anterior curve) is meant to act as a spring to cushion the forces coming from below (as when walking or running) or from above (as in upper body movements and carrying or lifting). This springiness comes from the shock-absorbing qualities of the intervertebral discs (IVDs). This works well when the spine is generally in a neutral position. In neutral, the plumb line, or line of gravity, runs through the vertebral body of L3, which is also the apex of the normal lumbar lordosis (Bogduk 2012; Mitchell 2001).

However, in most of the postural variations (from neutral), the lumbar curve is held out of line, or repositioned with respect to the line of gravity. This means that the direction of forces on L3 (and the rest of the lumbar spine’s vertebrae and IVDs), are altered. While the lumbar spine is accepting and capable of handling such repositioning for brief moments, the spine is not capable of handling this for long periods of time. Changing the lines of force and tension, etc., inevitably will result in changes to structure and function of the tissues of the spine.

The IVDs, the facet joints, the bony structures and the ligaments are all put under long-term tensile and compressive stresses that will inevitably affect those structures physiologically and structurally. Changes to the orientation (or structure) of the lumbar spine’s curvature will inevitably change how it functions. Changing how the spine functions for extended periods of time will in turn begin to change the very structure of each of the components listed above. Such changes are the primary causes of degenerative disc disease (DDD; disc degeneration, herniation, vertebral body osteophyte formations, etc.) and degenerative joint disease (DJD; e.g., facet joint osteophyte formations, ligamentous stretching or shortening, synovial joint surface osteoarthritic changes, etc.). Most of these changes, after prolonged postural deviation, are permanent (or only minimally reversible or repairable), even if the normal curve is returned to neutral.

Some examples of lumbar curve impairments and their effects include:

Due to these changes in the curve of the lumbar spine, we can clearly see how the possibility of injury to the structures of the vertebrae will increase as the deviation of L3 (and all vertebrae) increases from a neutral position. These postural deviations may well play a part in the predisposing factors (or even causes) of most lumbar spine impairments and dysfunctions.