VANCOUVER – When patients visit Dr. Vahid Sahiholnasab for a routine check-up, he often asks to review their electronic fitness trackers. 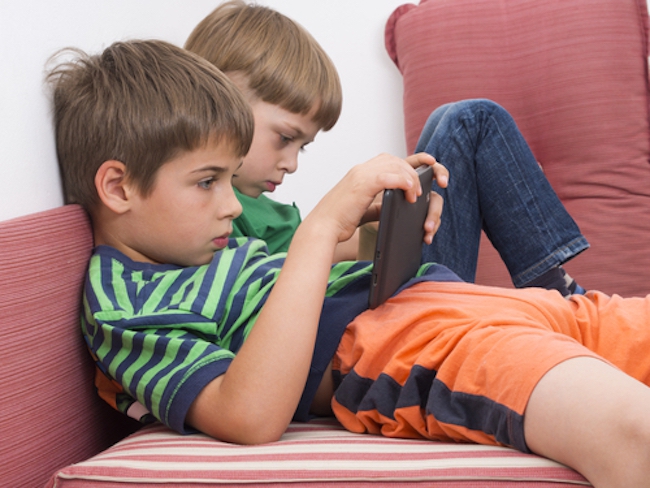 He is learning that integrating new gizmos into health regimens can be a steeper climb than convincing people to walk 10,000 steps each day.

“It’s strange territory,” said Sahiholnasab, who is also a clinical instructor at the University of British Columbia. “You’re going to find a lot of resistance.”

Even so, the Vancouver doctor is on a kick to persuade the population that technology is good for their health.

He’s among a group of entrepreneurs in B.C. who are developing innovative gadgets that can be worn, a rapidly advancing market known as “wearable technology.”

Sahiholnasab has designed a pair of high-tech glasses to prevent children from developing bad posture while playing with devices like smartphones and video games.

He’s tackling a problem identified by a Dutch spinal surgeon that’s been dubbed “Game Boy Disease,” where kids are increasingly complaining of neck and back pain.

His wearable product, called the EyeForcer, sends a warning to slouching children and shuts the game down when they’ve hunched over too many times.

“Whether we want it or not, we are heading toward wide use of technology in health care,” said Sahiholnasab, whose company is called Medical Wearable Solutions.

“It’s all a little unknown,” said Paul Fijal, a biomedical engineer and head of product development with Awake Labs, whose team is developing a wearable band for people with autism.

“(There’s) the whole aspect of it being new and unexplored.”

The bracelet, called Reveal, is equipped with sensors that measure and track physiological signals in real time, providing information on emotions and behaviour. Parents and caregivers can better read, for example, whether the wearer is feeling high anxiety.

Fijal said a crowdfunding campaign is doing well as the team continues testing a prototype for release in May 2017. But he has heard concerns about privacy and basing health care solely off signals transmitted by a bracelet.

His team is addressing those worries by reminding people of existing privacy laws, while Fijal said they will rely on “early adopters” to open the wider market.

“People who recognize the impact and the potential and are OK with the risks,” he said, describing families of autistic children enthusiastic to test the bracelet.

“You can start with that community and show that it works and build from there.”

Luc Beaudoin, an adjunct professor in cognitive science and education at Simon Fraser University, is also a proponent of wearable technology to improve lives.

He designed an app that helps people fall into deep sleep and regulate their emotions, but admits “there’s a lot you can do without technology, and it’s also contributing to the problems.”

The MySleepButton app, which requires just a smartphone and earphones, occupies a racing mind before bedtime using a technique Beaudoin has coined “cognitive shuffle.” A person lying in bed listens to a recorded voice coaxing them to imagine a sequence of images in a process that facilitates falling asleep.

Beaudoin said doctors are already recommending the app to people with insomnia, which shows professionals still have a role in health care.

“People now have access to a lot of knowledge they can use to improve every aspect of their lives,” he said. “But it’s still important to see a professional, because science is extremely complicated and it’s easy to go wrong.”

The medical establishment should work with savvy researchers to ensure new techniques make their way into standard health-care guidelines, he said.

Cindy Gu, a mechanical engineer and certified yoga teacher, founded Ohm GearLab to market a “smart belt” that learns a wearer’s breathing patterns. It compares their breathing with biometrics like heart rate, sending feedback as vibrations if their breath isn’t steady.

“Living modern lives, we are already slaves to our devices, even the latecomers on tech adoption,” she said.

“When technology is put in the hands of people who are passionate about improving the well-being of others, it’s really a matter of time till the real change comes.”