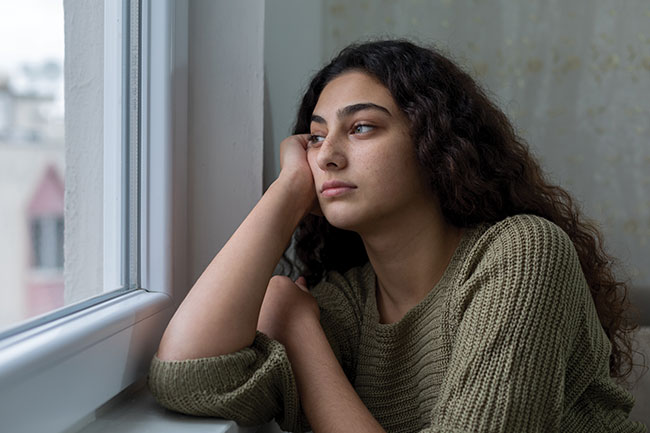 A simple relaxation technique is an effective coping strategy for grief after the loss of a loved one, say researchers.

Their study combined two methods for treating grief: one focused on the mind, the other on the body. The researchers looked at 95 widows and widowers who lost their spouses as recently as six months or within two years of the study’s start.

“What surprised us was that the ability to focus on the body and really relax the body turned out to be incredibly important in helping people adjust,” says Mary-Frances O’Connor, associate professor of psychology at the University of Arizona and senior author of the study.

As reported in the Journal of Consulting and Clinical Psychology, one group of study participants went through a six-week mindfulness training, in which they learned ways to focus their attention on the present moment with kindness and curiosity and let difficult thoughts and emotions come and go without trying to change anything about the experience. Another group went through six weeks of guided sessions on progressive muscle relaxation, in which they learned to relax different groups of muscles in stages to make difficult emotions more tolerable.

“The key difference between the two is mindfulness is just learning how to be with what is, without trying to change it, and bringing a compassionate, nonjudgmental stance to it,” says lead author Lindsey Knowles, a former doctoral student in O’Connor’s lab and now a senior research fellow in the University of Washington School of Medicine and the VA Puget Sound Health Care System.

“Progressive muscle relaxation is, ‘How can we help you be in the present moment but make you feel better?’”

A third group of study participants was assigned to a waitlist and did not receive either treatment. Those participants served as the study’s control group—a benchmark to which to compare the progress made by the other groups.

Knowles, a certified mindfulness meditation facilitator, has long been interested in studying whether mindfulness could be used to address grief. She began working to answer that question when she arrived at O’Connor’s lab in 2013.

O’Connor has spent decades studying grief and its key components, including the craving for a lost loved one to return, which scholars refer to as yearning, and rumination—”the would’ve, could’ve, should’ve” of loss.

“Because the would’ve, could’ve, should’ve have no real answers, you can just spin on those thoughts forever, so it can really get in the way of adapting,” O’Connor says.

These symptoms are stressful not only for the mind, she says, but also the body. Researchers have long known that bereavement and loss can lead to physical consequences, such as high blood pressure and even a higher risk of death. Finding suitable methods to address grief poses a unique challenge, O’Connor says, because learning those methods can add to stress.

“We sometimes say grieving is like trying to learn calculus while running a marathon,” she says.

Using three questionnaires and a scale that O’Connor developed during her career of studying grief, the researchers measured whether grief severity, yearning, and rumination improved in the mindfulness and relaxation groups compared to the waitlist group. They asked participants to read several statements—for example, “The feeling of wanting them back is so strong it is indescribable”—and indicate how often they feel that way on a five-point scale ranging from “never” to “always.”

Both the mindfulness and muscle relaxation resulted in clear improvements to participants’ grief severity and yearning. But when comparing the groups to each other, researchers found that progressive muscle relaxation was more helpful.

Another advantage of progressive muscle relaxation is that it is easier to implement than mindfulness training. Knowles notes that, even after years of practicing mindfulness, she’s still learning new ways to improve her own mindfulness practice.

“But progressive muscle relaxation is this simple tool that participants just learned over and over—they practiced it as a group, they practiced it at home,” Knowles says. “In the end, I think one thing we’re pulling from this is that having this clear focus on the body may be more beneficial for folks who are grieving, compared to introducing them to more of this mindfulness toolkit that takes much more time to become an expert in.”

Progressive muscle relaxation also requires no formal training or certification for providers, making it easier to deliver to patients. O’Connor says these findings are particularly relevant amid the COVID-19 pandemic, which has killed more than 600,000 people in the United States and has left behind exponentially more people who are now grieving.

“There are a lot of people dealing with the stress of bereavement right now—far too many to have a psychologist work with each one,” O’Connor says. “If we think about bereavement at a public-health level, which the pandemic has forced us to do, giving people something they can do at home to relax their body during this stressful time could have a really large impact on our public health.”