Patients recovering from heart attacks or other heart trouble could cut their risk of another heart incident by half if they incorporate stress management into their treatment, according to research from Duke Health in Durham, North Carolina. 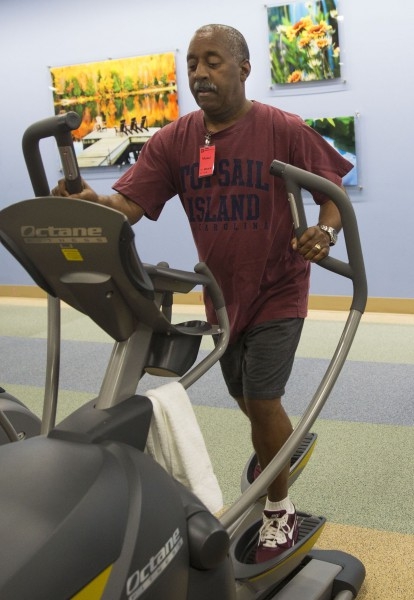 The findings, published March 21 in the American Heart Association journal Circulation, are the result of a randomized clinical trial of 151 outpatients with coronary heart disease who were enrolled in cardiac rehabilitation due to heart blockages, chest pain, heart attacks or bypass surgery. They ranged in age from 36 to 84 years old.

About half of the patients participated in three months of traditional cardiac rehabilitation, which included exercise, a heart-healthy diet and drugs to manage cholesterol and high blood pressure.

The other half went to cardiac rehab and also attended weekly, 90-minute stress management groups that combined support, cognitive behavior therapy, muscle relaxation and other techniques to reduce stress. Patients were followed for an average of three years after rehab.

Thirty-three per cent of patients who received only cardiac rehabilitation had another cardiovascular event such as a heart attack, bypass surgery, stroke, hospitalization for chest pain, or death from any cause. By comparison, only 18 per cent of the patients who participated in stress-management training during their cardiac rehabilitation had subsequent cardiovascular trouble – about half the rate of the other group.

Both sets of patients who went to rehab fared better still than recovering heart patients who elected not to attend rehab; 47 per cent of this group later died or had another cardiovascular incident, according to the article.

Reducing stress may seem like an obvious part of any plan for improving heart health, said lead author James Blumenthal, Ph.D., a clinical psychologist and professor in psychiatry and behavioral sciences at Duke.

“Over the past 20 to 30 years, there has been an accumulation of evidence that stress is associated with worse health outcomes,” Blumenthal said. “If you ask patients what was responsible for their heart attacks, most patients will indicate that stress was a contributing factor.” But stress management is typically not part of most cardiac rehabilitation programs, he said.

“I think part of the issue is that stress is hard to define, and there’s no universally accepted way of measuring it or treating it,” Blumenthal said. “The data we provide indicate that by reducing stress, patients can improve clinical outcomes, even beyond the benefits that we know exercise already has on reducing stress and improving cardiovascular health.”

For the trial, patients’ stress levels were measured using five standard instruments on which participants self-reported their levels of depression, anxiety, anger and perceived stress. Overall, those who participated in stress management reported reductions in anxiety, distress and their overall level of perceived stress.

Both groups that participated in cardiac rehabilitation saw similar and significant physical improvements in their cholesterol levels and proteins that indicate heart disease-related inflammation, as well as their exercise capacity.

“We have known for some time that participation in a supervised exercise program is beneficial in patients with coronary heart disease,” said Alan Hinderliter, cardiologist with UNC Health Care and co-investigator on the trial. “The results of this study suggest that stress management is also a very important element of a comprehensive cardiac rehabilitation program. The intervention was clearly helpful in reducing stress levels, but we need additional research to confirm the benefits of stress management in improving cardiovascular outcomes.”

Although death rates from heart disease have improved, it remains the number one cause of death in the U.S. and is growing worldwide, according to the American Heart Association.