Features Education Leadership
Dryden: Time for ‘Game Change’ when it comes to hockey, hits to head

Ken Dryden never met Steve Montador. But after hearing of the death of the NHL veteran defenceman at just 35, he wanted to know how and why.

"Game Change" is the result. 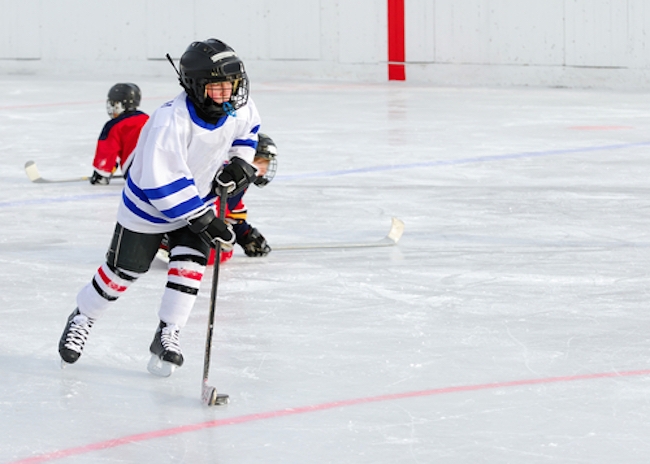 Subtitled, “The Life and Death of Steve Montador and the Future of Hockey,” the book documents what Dryden learned. Given the outcome, it’s a sad, sad story.

But Montador, a larger-than-life character beloved by teammates for always doing “what needed to be done,” is worth getting to know. And in intertwining his story with the history of hockey, Dryden brings the reader to a place where he can ask what can be done to prevent the type of brain trauma that Montador suffered.

Dryden has his suggestions. He hopes someone is listening.

Dryden said to understand Montador he not only needed the participation of family and friends but their “enthusiastic participation.”

“And that’s what happened,” he said in an interview. “And I think in large measure because they felt so deeply about Steve and felt that Steve mattered … His story needs to be told.”

In his acknowledgments, Dryden thanks 26 people by name “and many more” who fit that family and friends bill.

Montador, says Dryden, “got into their skin and stayed there.”

While Dryden describes his subject’s descent, he notes even Montador was unsure how many concussions he suffered during his 571 NHL games with the Calgary Flames, Florida Panthers, Anaheim Ducks, Boston Bruins, Buffalo Sabres and Chicago Blackhawks from 2001 to 2012.

For the rugged Montador, a concussion might have been couched in a broken cheekbone or a facial cut.

Dryden’s initial reaction to Montador’s many consultations with doctors was how thorough they were. But as the meetings piled up, his view changed.

“For heaven’s sakes, he’s not OK,” he recalled thinking. “Your tests may say he’s OK. You may be rigorous in applying them. They may be the best tests you have. But they are not picking up something that is there. He is not fine.”

Dryden makes no secret of the fact that he believes NHL commissioner Gary Bettman could make immediate strides to help reduce brain injuries. He sent Bettman a copy of the book but has not heard back.

Dryden says hockey needs to eliminate the concept of finishing checks, arguing that it has led to more frequent and damaging collisions given the game’s ever-increasing speed. The other change is even simpler, rewrite the league rule book to say: “No hits to the head.”

Instead, the league is currently focusing on sorting out faceoffs and eliminating slashing.

For those who defend fighting as still having a place in hockey, Dryden says the brain doesn’t distinguish what causes the trauma.

“This is about fists to the head,” said Dryden, his voice rising. “Focus there … You justify why it is OK to hit somebody in the head.”

Dryden, whose storied NHL goaltending career stretched from 1970 to 1979, says he has been aware of concussions to some extent throughout his life. He was 12 when he was knocked out playing football, after all.

But he acknowledges brain injuries were long misunderstood or ignored.

His awareness grew when he started reading obituaries of former football players Bobby Kuntz and Ollie Matson and the health problems they suffered later in life. More such articles followed.

“What started to become clear to me is that in terms of sports the big question for the present and the future had to do with head injuries,” he said.

A member of both the Canadian Sports Hall of Fame and Hockey Hall of Fame, not to mention a successful author and former NHL executive, MP and federal cabinet minister, Dryden began to see the issue of brain injuries in sports as falling into the category of “The big things we get wrong” and “How could we be so stupid?”

Some of the book’s most chilling chapters tell the story of Keith Primeau and Marc Savard, whose careers were cut short and their lives made miserable by the abuse their brains took.

From anxiety to depression to “incredible fatigue,” searing headache pain, sensitivity to light and movement, double vision, exercise-induced light-headedness, struggling with speech and the inability to process, the effects of brain trauma are massive and disruptive.

For Dryden, their stories were a hint of what might have awaited Montador. Given the player’s mood swings and sometimes irrational behaviour, his present was already compromised. In a small but telling detail, Dryden writes how Montador had multiple sets of keys made up because he kept forgetting where they were.

“A hit to the head is a bad thing,” Dryden writes. “Hard hits, frequent hits to the head, are very bad things. Head hits rattle the brain. They change the brain and change the person. Life becomes different.

“Steve Montador, as his dad said, lived 70 years in his 35-year life. But in the last year, except at brief moments, Steve wasn’t Steve anymore. He was gone.”