VANCOUVER – The University of British Columbia is on mission to train future doctors, dentists and other health-care providers to treat Indigenous patients by learning about the pain inflicted by past Canadian policies. 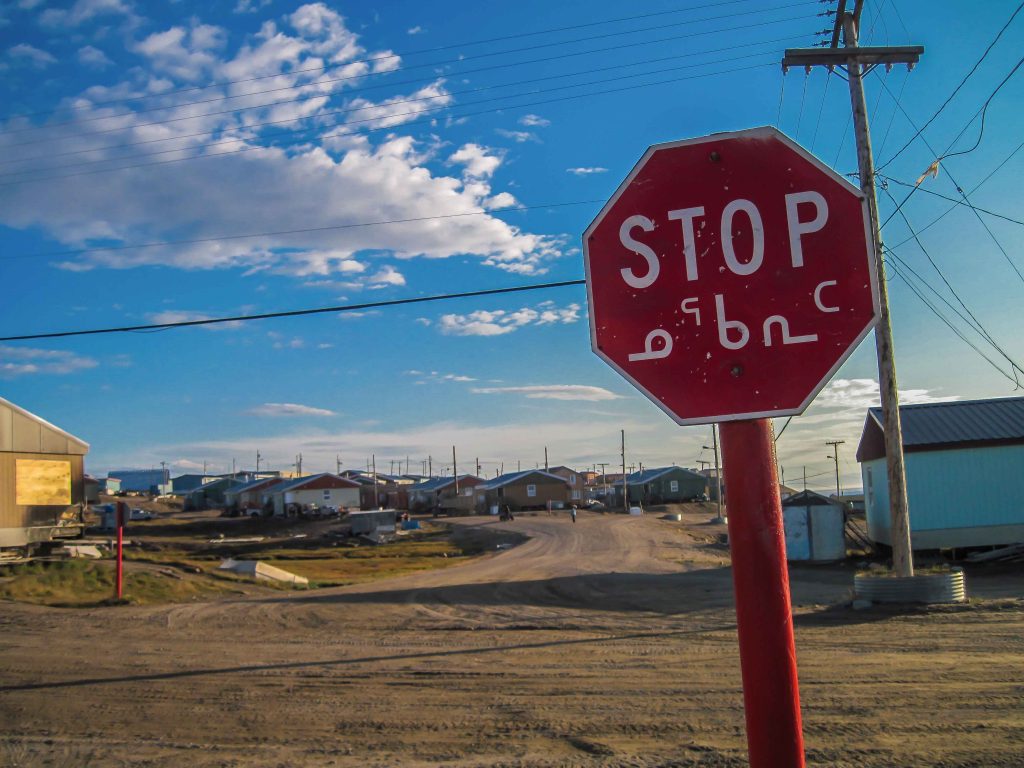 Stop sign in the Inuktitut Village in the Canadian Arctic

Jason Min, who teaches in the university’s faculty of pharmaceutical sciences and has worked with the Lil’wat Nation, facilitated a workshop Thursday for students in various programs.

“I think I graduated feeling confident in my knowledge of medications and how they worked. I didn’t know that was not enough to provide good care,” he said.

He said training health-care students in their first year to reflect on stereotypes and Canada’s colonial legacy will allow them to become better clinicians and see every patient as an individual.

The name of the program – UBC 23-24 Indigenous Cultural Safety Interdisciplinary Learning Experience – is a response to calls for actions 23 and 24 from a report by the Truth and Reconciliation Commission of Canada. They’re among a list of 94 actions recommended by the commission to redress the legacy of residential schools.

The program was launched this month.

First-year medical student Dakota Peacock said health-care professionals have a lot to learn about “cultural humility” involving Indigenous populations subjected to systemic racism that caused them to distrust those treating them.

“Having the humility that we don’t know everything about this person in front us means we cannot make assumptions and we should not be stereotyping them,” said Peacock, who aims to become a neurologist.

One professor’s story has stuck with him, and it’s about an Indigenous man who arrived at an emergency room with slurred speech and “disorderly” movements. Staff assumed he was drunk and didn’t treat him. He died of a brain injury.

“I’m hoping to learn what we as health-care professionals can do to mend the divide between medical professionals and Indigenous Peoples, a divide that has been created as a result of the residential school system,” said Peacock.

Dr. Nadine Caron, co-director of the Centre for Excellence in Indigenous Health at UBC, said the training will provide health-care students opportunities to work in environments where they understand some of the root causes of health determinants, such as poverty.

“We expect the students to work together as equals to figure out what’s important to them as health-care trainees, to become the best health professionals they can, in a country that has its history,” said Caron, who is Indigenous and a surgeon in Prince George, B.C.

“There have been so many silos. It’s not that different programs haven’t tried to address this. But there’s never been an interdisciplinary curriculum that’s meant to be taken as a mandatory component for a health-care trainee who graduates from UBC.”

Caron said her hope is that eventually, Indigenous people will journey through every stage of care with professionals who have had the training to provide the respect all patients deserve.

“As a health-care professional, you won’t be the one saying you’ve done it right,” Caron said. “It’s the humility of recognizing that regardless of the number of degrees after your name it’s the patient and their family who are the experts in terms of how you made them feel.”

Carrie Anne Vanderhoop, who led the development of the curriculum as part of her work in the Centre for Excellence in Indigenous Health, said regulatory colleges of various health-care professions in British Columbia have committed to fostering “cultural safety.”

The province has more than 200 First Nation bands and over 60 per cent of Canada’s Indigenous languages are spoken in B.C., she said.