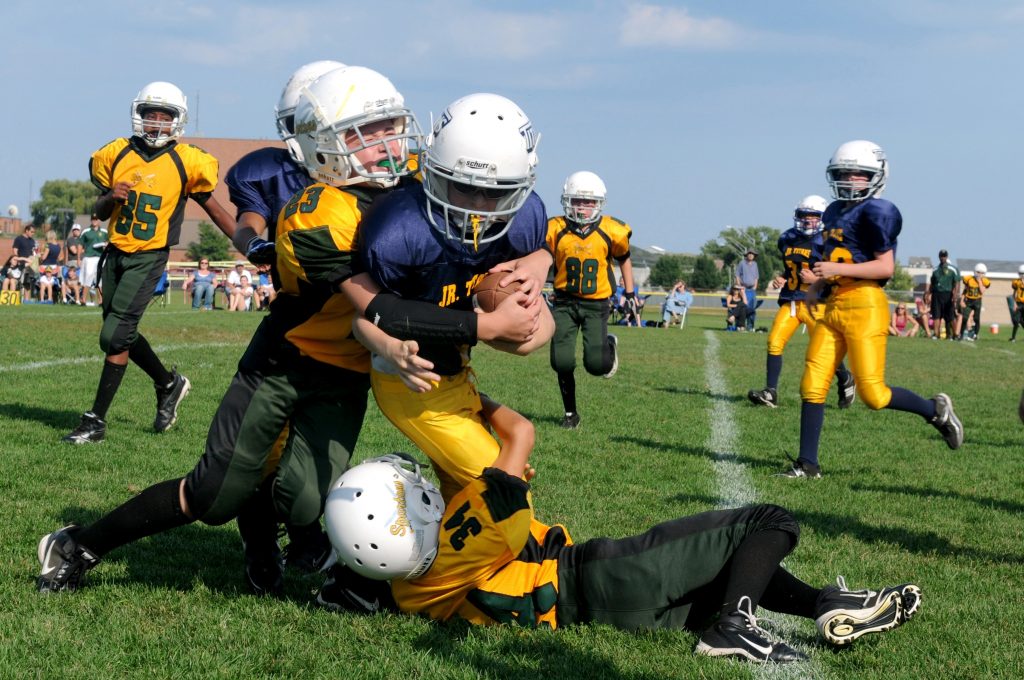 We’ve all heard the saying ‘don’t put all of your eggs in one basket.’ That’s something I tell parents when it comes to their kids and sports. Because sports are competitive in nature, it’s logical to think that the more time a person spends at a particular sport, the better they will perform. But with kids, especially those whose bodies are still developing, focusing on one sport can actually cause harm in the form of an overuse injury.

Kids who play and train in the same sport for eight months or more in a calendar year engage in repetitive movements that, over time, may result in muscle imbalances and increase a risk of injury. According to a recent study published by the American Academy of Pediatrics, kids under 18 who specialize in one sport are 81 percent more likely to experience an overuse injury than kids who play a variety of sports.

Earlier this year, the results of a multicenter study about sports specialization among pediatric soccer athletes (ages 12-18) that I worked on were released. The study revealed that highly specialized athletes were more likely to report a history of overuse and acute knee injury compared to low specialization athletes. Further, playing one sport more than eight months per year was associated with overuse knee injuries.

Here’s a scenario I often encounter. Let’s say a young boy is very good at baseball. His parents see his proclivity towards the sport and push him to work at it year-round in hopes that he will be a high school standout and earn a college scholarship. So he plays little league, followed by fall ball, winter travel teams and batting clinics. But over time, the constant motion of throwing (not just with pitchers) leads to an injury known as little league elbow. Too much throwing stresses the inside of the elbow and can affect a child’s growth plates.

Other common overuse injuries include: swimmer’s shoulder, a growth plate injury of the shoulder due to the arm movement associated with swimming or throwing; shin splints, an often intense pain in the lower front of the leg due to too much running, especially when running with less than optimal biomechanics; spondylolysis, lower back pain often the result of hyperextension of the back such as in volleyball, soccer and gymnastics.

At Children’s Hospital Los Angeles, the first mode of treatment for many of these injuries is done in our John C. Wilson, Jr. Motion and Sports Analysis Laboratory, which helps us identify movement patterns that are causing pain or issues that put a pediatric athlete at risk for subsequent injury. Our lab uses a nine-camera motion capture system to evaluate how children and adolescents move via strategically-placed sensors on the body and force plates on the lab’s floor. Our goal in evaluating the movement biomechanics of pediatric athletes is to prevent future injury by identifying and correcting risky movement patterns before an injury happens.

In addition to physical injuries, focusing on one sport at an early age can lead to increased stress and frustration for a young athlete, especially one who’s being pushed by others to be the best. That pressure often leads to burnout, which in turn causes many kids to quit. According to a poll from the National Alliance for Youth Sports, 70 percent of kids in the United States stop playing organized sports by the age of 13 because they no longer find it fun.

A parent’s role is to encourage their kids to try a variety of sports. Instead of pushing a child to be the best at one thing, parents can encourage the child to sample many different sports and activities and emphasize putting forth their best effort with a goal of at least 60 minutes of activity per day. Reinforce the importance of teamwork and good sportsmanship. This, in turn, will build a child’s confidence, self-awareness, mental toughness, commitment to healthy competition and promote the best performance in the long term. The main reason kids play sports is to have fun. It’s important that parents and coaches take the lead to support this fun and positive participation in sports.