Health News
Motivation to move may start with being mindful

AMES, Iowa – A meditation and stress reduction program may be as effective at getting people to move more as structured exercise programs, according to a new study led by an Iowa State University researcher. 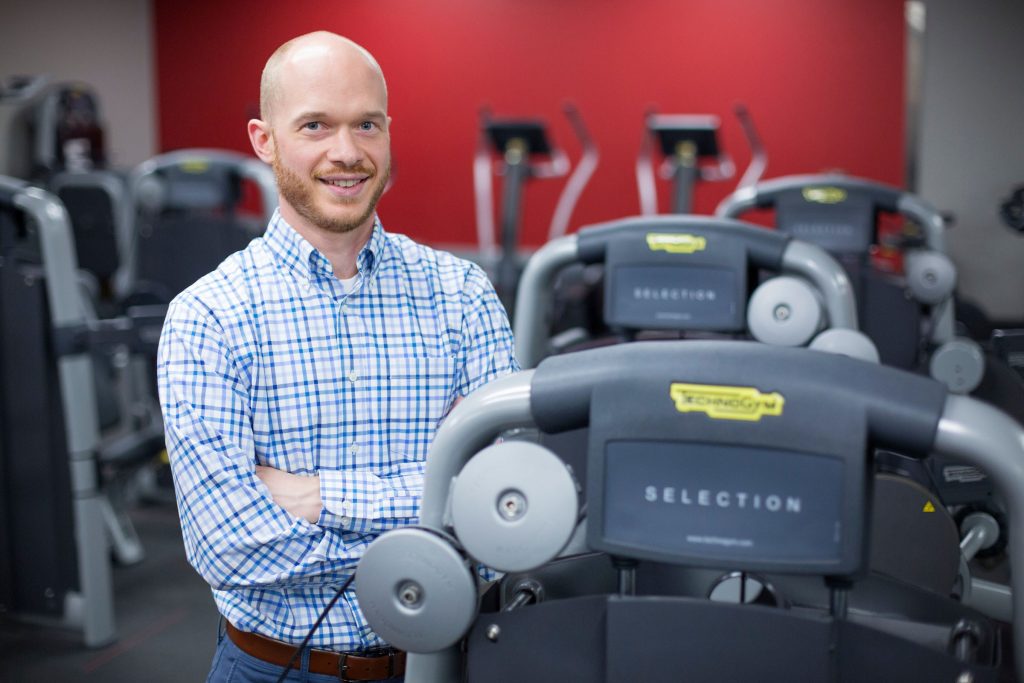 The study compared two intervention programs – mindfulness-based stress reduction and aerobic exercise training – with a control group and measured changes in exercise, general physical activity and sedentary time. Jacob Meyer, an ISU assistant professor of kinesiology, says people assigned to the two interventions were more active than those in the control group, logging roughly an extra 75 minutes a week of moderate-to-vigorous physical activity following the eight-week interventions. The results are published in the journal Medicine & Science in Sports & Exercise.

Meyer and his colleagues at the University of Wisconsin-Madison and University of Mississippi Medical Center say helping sedentary adults get those 75 minutes of exercise can extend life expectancy by nearly two years. Researchers expected the exercise intervention to increase physical activity more than the meditation training. Meyer says to see similar results from the mindfulness intervention was somewhat surprising.

“Structured exercise training is something as a field we have used for decades to improve physical activity and physical health,” Meyer said. “To see a similar effect on physical activity from an intervention that focuses on the way someone thinks or perceives the world, was completely unexpected.”

The researchers used a mindfulness-based stress reduction program developed by Jon Kabat-Zinn, which aims to reduce stress through meditation, self-awareness and being present in the moment, Meyer said. People in the mindfulness intervention spent 2.5 hours a week in class learning how to be mindful. They practiced mindful stretching and movement as well as breathing exercises to incorporate into their daily activities.

Similarly, those in the exercise group attended 2.5 hour weekly sessions learning various exercise techniques and discussing strategies to change behavior. An hour of each class was dedicated to a group activity such as walking or jogging. Meyer says both groups were encouraged to do the intervention at home for 20 to 45 minutes each day.

Shifting from structured exercise to overall movement
While the interventions did not significantly increase time spent exercising or decrease sedentary time, participants generally maintained activity levels. Meyer says this is important given the timeframe for the study. Researchers collected data during the fall and early winter months as part of a larger study focused on the cold and flu season. Seasonal variation in weather likely contributed to the sharp decline in activity for the control group, Meyer said, but the intervention groups did not experience the same drop-off.

The study focused on exercise in bouts that lasted at least 10 minutes, but also tracked general physical activity, such as walking from the parking lot to the office or working in the yard. Meyer says both intervention groups saw smaller drop-offs in general activity levels than the control group, which is encouraging given the forthcoming changes to federal physical activity recommendations.

Researchers used the 10-minute threshold to be consistent with federal guidelines of 150 minutes of moderate-to-vigorous exercise weekly, in bouts of at least 10 minutes, Meyer said. However, the recommendations only focus on a small percentage (1.5 per cent) of minutes in the week. That is one reason why the updated guidelines, expected later this year, emphasize overall activity, regardless of length of time.

“There are clinical and cardiovascular health benefits to exercise training, but there are also important general health benefits from a more active lifestyle,” Meyer said. “Shifting from thinking we need to be in a gym for an hour at a time to thinking about being more active throughout the day helps people understand how physical activity could play a role in helping improve their health.”

Resistance training and depression
A primary focus of Meyer’s research examines the benefits of exercise for people with depression. As part of a separate study, Meyer worked with researchers at the University of Limerick in Ireland, and Karolinska Institutet in Sweden, to test the effects of resistance training on symptoms of depression. The results, published in JAMA Psychiatry, found weightlifting and muscle-strengthening exercises significantly reduced depressive symptoms.

The meta-analysis, led by Brett Gordon at the University of Limerick, included 33 randomized controlled trials with more than 1,800 participants. Resistance training reduced symptoms for adults regardless of health status, the volume of training and whether or not strength improved, Meyer said. The results appear similar to the benefits from aerobic exercise found in other studies.

Depression affects more than 300 million people, according to the World Health Organization. Meyer says resistance training could provide a treatment option with benefits that extend beyond mental health. In the paper, researchers explain the economic costs as well as other health risks associated with depression. Meyer says resistance training also gives patients an alternative to medication.

“For general feelings of depression and the beginning phases of major depression, antidepressants and medications may not be very effective. There also is a shift toward finding options that do not require someone to start a drug regimen they may be on for the rest of their lives,” Meyer said. “Understanding that resistance training appears to have similar benefits to aerobic exercise may help those wading through daunting traditional medication treatment options.”