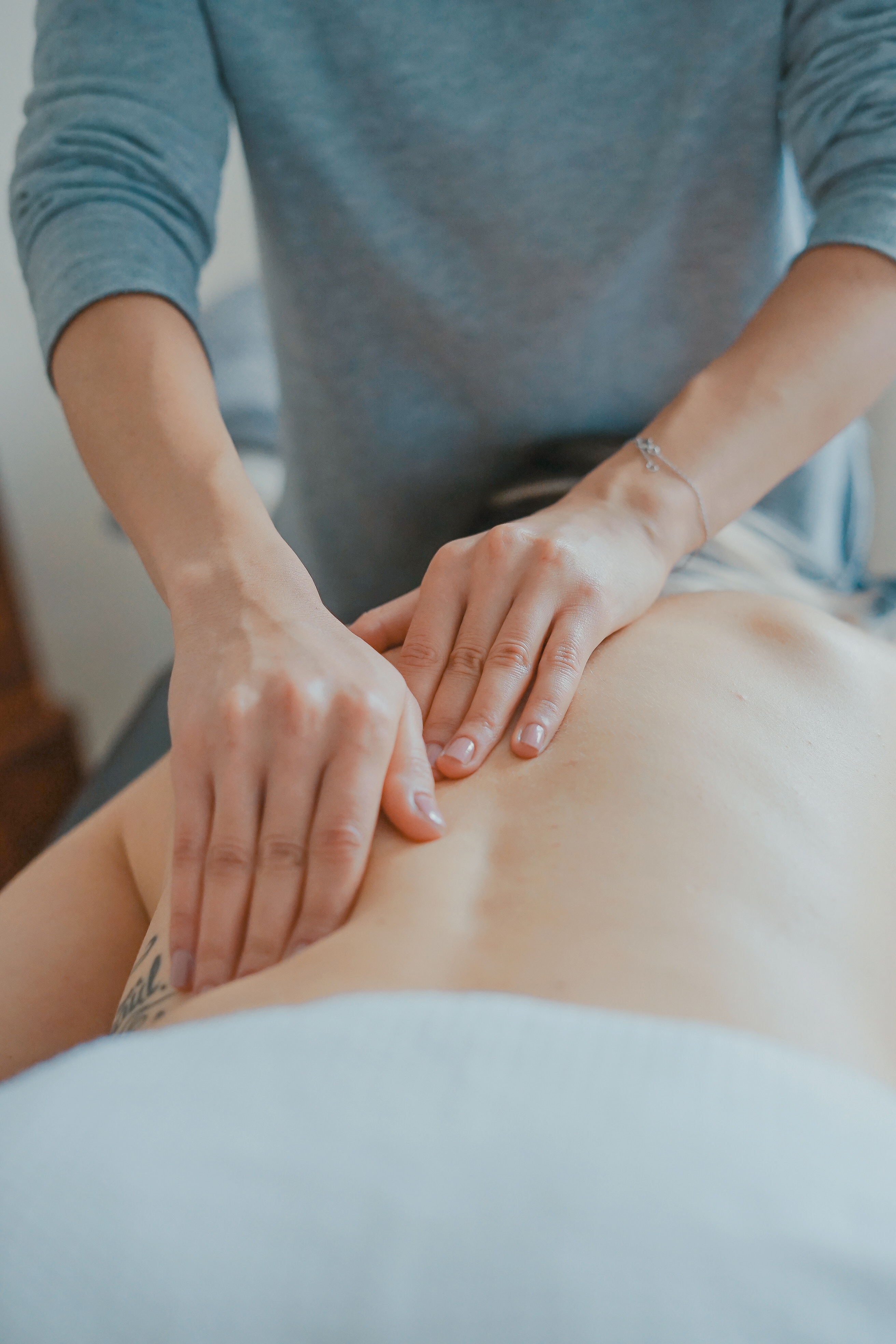 According to a 2013 report by the Deutsche Schmerzerliga, approximately a quarter of the population in Germany (12 – 15 million people) suffers from prolonged, recurrent or chronic pain. With similar reports, such as the DGSS 2017 Forschungsagenda, suggesting that up to 50 per cent of the population now suffers from persistent pain, the investigation
into the root causes of these conditions is a key element of Liebscher & Bracht’s treatment. They undertook this study as part of ongoing research and are releasing the results in order to highlight the most common types of injuries and chronic pain associated
with various lifestyles.

The study analyzes a patient survey of almost 8,000 chronic pain sufferers detailing the areas of the body in which they experienced pain. The questionnaire asked the respondents for their age, gender and profession, and in which body parts were they experiencing
discomfort. After receiving the responses, they then analysed the results to determine any trends. The data is therefore split between incremental age brackets, if the respondents identify as male or female, and by career.

The results are split between six different professions; labourer, office worker, retailer worker, athlete, musician and pensioner. This offers an indication of the types of injuries affecting individuals in various careers, and may signal potential health risks in those industries. Alongside professional categorisation, the results are also split between seven age groups, beginning at 18-24 and then grouping respondents in increments of 10 years until the age of 75 plus. By splitting the survey data by age, it opens up questions not only about how pain changes with age, but how lifestyle changes over the past 50 years have impacted chronic pain conditions.

The index reveals that the lower back is the most common area that individuals experience pain, followed by the neck, shoulder and knee. These pain patterns have been highlighted in similar studies within the field, such as the DGSS report, where back pain was found to be most common, followed by pain in the head, neck, shoulders and legs. By splitting the results between gender, age and profession, the 2018 Pain Index offers a higher level of granularity than any previous study on the topic.

“This study only confirms what we’ve known for a long time about how your everyday working life can have an impact on pain conditions,” says Roland Liebscher-Bracht. “The good news is that by recognizing patterns between professions and areas of the body most likely affected, individuals in high-risk groups such as retail can take preventative measures to help them lead a healthy life.”

The table below reveals a sample of the results, split by profession and gender. In each case, the highest percentage is highlighted in blue. The percentage indicates the proportion of respondents reported pain in that particular body part, for example, 56 per cent of the male labourers reported experiencing chronic lower back pain. 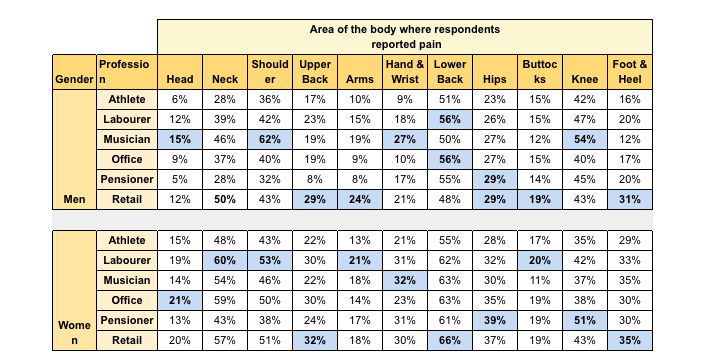 This is a sample of the full results, which can be found here: https://www.liebscher-bracht.com/2018-pain-index

The table below reveals a sample of the results, split by age group and gender. In each case, the highest percentage is highlighted in blue. 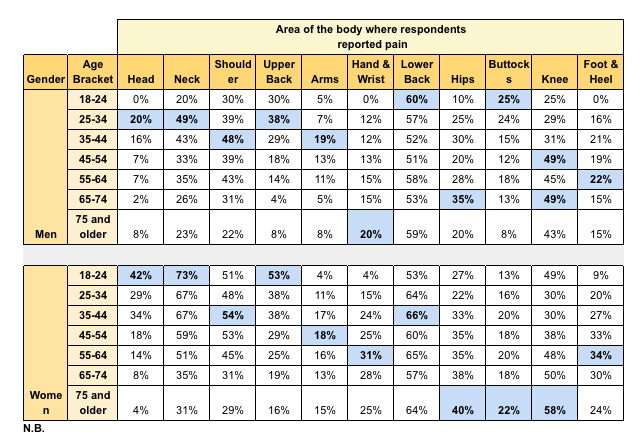 This is a sample of the full results, which can be found here: https://www.liebscher-bracht.com/2018-pain-index