As you may know being a registered massage therapist, chiropractor, physiotherapist or other licensed health-care practitioner, it is difficult at the best of times to provide relief for patients who suffer from trigeminal neuralgia (TN). 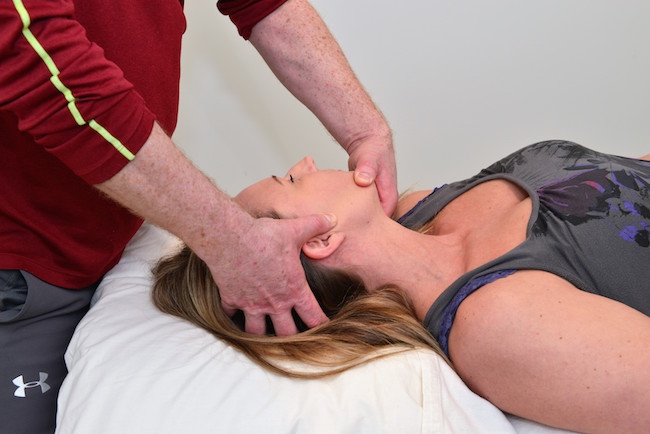 As you may know being a registered massage therapist

According to the Mayo Clinic, trigeminal neuralgia is one of the most painful afflictions known to medical practice. Trigeminal neuralgia (TN) is a disorder of the fifth cranial (trigeminal) nerve. Here I’d like to share my experience treating patients with TN. A few simple treatment procedures will be discussed, and I believe they are worth a try for therapists to see if they also have positive effects in treating this nerve pain.

The typical or “classic” form of the disorder (called TN1) causes extreme, sporadic, sudden burning or shock-like pain in the areas of the face where the branches of the nerve are distributed – lips, eyes, nose, scalp, forehead, upper jaw and lower jaw. The pain episodes last from a few seconds to as long as two minutes. These attacks can occur in quick succession or in volleys lasting as long as two hours.

The “atypical” form of the disorder (called TN2), is characterized by constant aching, burning, stabbing pain of somewhat lower intensity than TN1.

Both forms of pain may occur in the same person, sometimes at the same time.

The treatment procedure I use to treat TN is very simple. It involves stretching the three branches of the trigeminal nerve on the patients’ face. This may have a positive effect by reducing the swelling caused by a build-up of edema in the nerve.

Stretching nerves – whether it is the trigeminal nerve, or the greater or lesser occipital nerve – causes a reflex effect allowing edema to exit the problematic nerve. This reduction of edema decreases the swelling of the nerve and improves its blood flow – resulting in improved function and reduced nerve pain. Improving blood flow is the key to allowing the nerve to start to heal and normalize.

In short, stretching procedures can and may result in less pain and/or a resolution of the dysfunction of the TN or any nerve that has a build-up of edema due to stress – whether mechanical, chemical or otherwise. This is the theory upon which I based the treatment procedure for patients with TN.

So, the question is: why do nerves swell with edema, become dysfunctional, and often generate nerve pain?

The answer is: stress to the nerve. When a nerve is stressed, it produces macromolecules known as proteoglycans. These long chain proteins can absorb up to 50 times the weight in water molecules thus causing a physical swelling of the nerve. The proteoglycans are like tiny sponges inside the nerve.

Why do the nerves produce proteoglycans?

This is better answered by a physiologist; however, it is my understanding that there is an ancient gene that we all have in us.

The physiological response to a nerve being injured or stressed is to swell with these water molecules that attach themselves to the proteoglycans. By stretching the affected nerve, we can reduce the swelling by allowing some of the water molecules to exit through the elastic properties of the nerves.

To visualize these techniques, I have included five pictures showing techniques for stretching and compression of the three branches of the TN.

I usually allow for equal amounts of stretch time and period of relaxation. For example, this may be five seconds of stretching the nerve and five seconds of relaxation (no stretch). This amount of time and intensity is variable and is dependent on the patient’s tolerance and, of course, the amount of pain that is being elicited. As a warm-up or introductory technique, you can try general compression of the nerve which is using your palm to compress the nerve (Image 1).

In some cases, I have added intra-oral work to include the superior and inferior alveolar nerves. This, however, is not within the scope of this article.

Not all cases may respond in the same way as Patient Y; however, there may be some patients who will respond very favourably to having nerve stretches performed on them. I have seen this outcome in numerous patients. They have expressed gratitude for having some of their nerve pain issues diminished or resolved. You may want to try these treatment procedures (with informed consent). Your patients may thank you for it, as they have thanked me.

Mike Dixon has practiced massage therapy for more than 30 years. He is an educator, and an international presenter in massage therapy continuing education (Arthrokinetic Therapy). He graduated from the West Coast College of Massage Therapy in 1986, and has self-published two treatment books in joint mobilization and muscle energy techniques. He is currently working on a master treatment manual on stretching, orthopedic techniques, and nerve mobilizations. To contact him, visit www.arthrokinetic.com or follow Arthrokinetic Therapy Group on Facebook.