Features Regulations
Self-regulation under scrutiny: Are health professions in danger of losing the privilege? 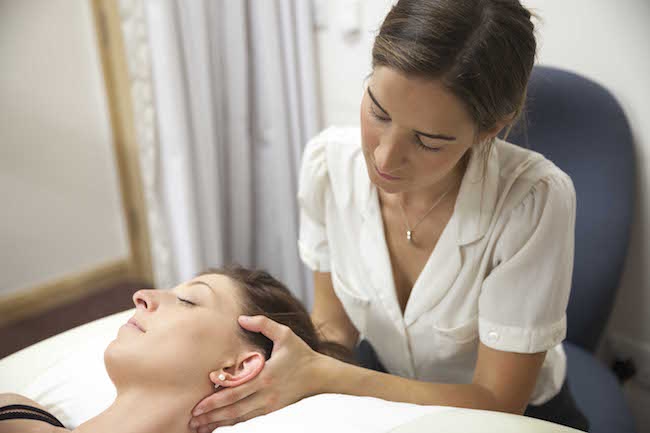 Representatives of the massage therapy profession worked hard for inclusion under the Regulated Health Professions Act, Ontario, 1991. Of over 100 health professions that applied, only 24 were granted self-regulated status. The College of Massage Therapists of Ontario’s stated mission “is dedicated to excellence in protecting the public’s interest, guiding its registrants and promoting the highest possible quality of the practice of Massage Therapy.”

Self-regulation for health professions has come under fire of late. Increasingly the media is questioning whether health professions have the ability to self-regulate while keeping the public’s interests foremost. Green Shield Canada (GSC) – a health benefits provider – posted a podcast in April entitled “Chiropractic in Canada, A Tale of Self-Regulation.” Guests Wayne MacPhail and Paul Benedetti, Globe & Mail contributors and co-authors of Spin Doctors: The Chiropractic Industry Under Examination outlined a number of problems with chiropractic self-regulation.

MacPhail and Benedetti state there is insufficient oversight by Health Professions Regulatory Advisory Council (HPRAC) regarding scope of practice as defined by the professions. Broad scopes capture a variety of applications and theories, many of which may not be evidence-based. The authors provided examples where practitioners created proprietary methods, promoted outlandish claims and got “a free ride” receiving insurance reimbursement and countering complaints.

David Willows, Chief Innovation and Marketing Officer at Green Shield Canada echoes this concern, stating pharmaceuticals must provide extensive documentation as to benefits and conditions treated before consideration for claims reimbursement. Pojskic is critical of health professions that can’t provide data on adverse reactions to care. “Adverse reports are not done very well,” he concludes.

MacPhail and Benedetti conclude the interview with a bold statement: “The chiropractic profession has shown itself – in Ontario anyway – incapable of regulating themselves…there’s too much self-interest.” They suggest a dissolution of the self-regulatory model replaced by a centralized government-managed regulatory system.

In, “How B.C’s System for Regulating Health-Care Workers is Failing Patients,” journalist  Bethany Lindsay quotes Harry Cayton, a health regulation expert in British Columbia. She writes, “Cayton cites a litany of problems plaguing health regulation in B.C., saying the regulatory colleges lack transparency, are fragmented and fail to put patients first. In fact, Cayton, the former chief executive of the U.K. Professional Standards Authority, said health regulation in B.C. is too broken to be mended, and suggested the system needs an entire overhaul.”

When asked what that would look like, Cayton proposes a single register for every member of every health profession in B.C., held by a new, independent body that would be responsible for investigating complaints and disciplining wrongdoers.

The colleges would still exist – though there wouldn’t be as many of them – but their main responsibilities would be to set standards of practice and to license professionals. The colleges would all agree to a single code of ethics and conduct.

Sitting above all of this would be a new oversight body, replacing the current Health Professions Review Board, with expanded powers. That would include assessing the risks of harm to patients posed by certain professions and determining whether they should be regulated.”

There is further scrutiny in jurisdictions without regulation, and a call to prohibit practitioners from simply regulating themselves. In the CBC article, “Massage Therapy Self-Regulation Doesn’t Go Far Enough to Protect Quebecers, Federation Says,” journalist Melinda Dalton reports, “If you see a chiropractor, an acupuncturist or even a hearing-aid audiologist in Quebec, they must be licensed and are regulated by the province’s professional code. Massage therapists, however, are under no such obligations. Despite decades of calls for provincial regulation from within the industry, massage therapy in Quebec remains largely a patchwork of minimum requirements and codes of conduct and the profession is entirely self-regulating (read as self-monitoring). “Technically, anyone, regardless of their training or experience, can call themselves a massage therapist in Quebec” said Sylvie Bedard, head of the federation of Quebec massage therapists (FQM).  But she says that “creates a risk for the public.”

In the article, “Are We Being Served by the Regulation of Naturopaths?” health reporter for the Globe & Mail Carly Weeks posts, “For years, naturopaths have lobbied to be recognized as regulated health professionals under provincial law. The argument in favour of regulation is that it gives the public more choice in the health-care system while ensuring all naturopaths adhere to professional standards. In some provinces, such as British Columbia, Alberta and Ontario, those lobbying efforts have been successful. But how well is the public being served?”

Weeks reports that she reviewed over 300 naturopathic websites, with almost half posting exaggerated claims beyond scope of practice. Weeks cites several cases where severe adverse events occurred with naturopaths operating outside defined scope, and questions whether the veneer of self-regulation provides the public with a misplaced sense of trust.  Weeks concludes, “Instead of rushing to legitimize naturopathy, homeopathy and other alternative-care practices, governments across Canada should consider what, exactly, they are getting us into. If naturopaths want the authority that comes with regulation, the profession must also ensure it plays by the rules.”

So what’s coming down the road for regulation of health professions in Canada? In Ontario, the provincial government announced dramatic reductions of regional management systems (LHIN) to centralize decision-making, administration and distribution of health services.  Will we see a radical overhaul and replacement of the self-regulation model? How would regulation change for massage therapists? Would the profession lose credibility? How would the complaints and discipline process work?

Donald Quinn Dillon, RMT is a practitioner, author/writer and practice coach. He co-produces the podcast “On the Table” with Jannen Belbeck, editor, Massage Therapy Canada magazine. Find him at DonDillon-RMT.com

Related
The RMTAO and CMTO relationship
Massage therapy self-regulation doesn’t go far enough to protect Quebecers, federation says
The science and the controversy behind the new fad of cannabis massage
Ten years on: What does the future hold for massage therapy care?
Tags