Women who do the same tasks as men often face a higher risk of musculoskeletal disorders (MSDs) in their neck and upper limbs, according to a researcher from McGill University in Montreal. 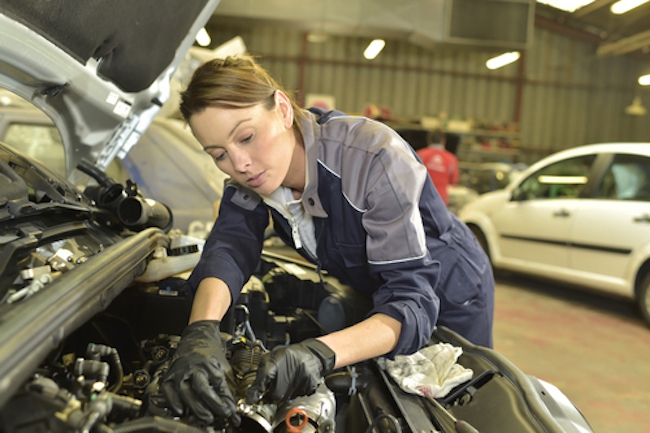 That higher risk may be due to both biological (sex) differences as well as differences in social roles, activities and behaviours (gender), and it’s important that these differences be examined and understood in order to develop effective injury prevention approaches.

Dr. Julie Côté, associate professor and chair of the department of kinesiology and physical education at McGill University, conveyed these findings to about 400 delegates at the 9th International Scientific Conference on the Prevention of Work-Related Musculoskeletal Disorders (PREMUS 2016). Côté delivered the keynote entitled, “Can using a sex/gender lens provide new insights into MSD mechanisms?” Côté also holds a Canadian Institutes of Health Research (CIHR) chair in gender, work and health.

Women report pain, discomfort and other symptoms of musculoskeletal disorders in the neck and upper limbs about twice as often as men, whereas men are more likely to experience low-back injuries. Sex/gender differences may be the reasons why, she said.

“Sex and gender have their own operational definitions, but there is significant interaction between them, with aspects of biology influencing psychosocial roles and attitudes, and vice versa,” Côté said. “That’s why we have come to use the expression, ‘sex/gender differences,’ to recognize the integration of these influences.”

The sex/gender differences between men and women go beyond their different physical strengths to include differences in the types of muscle fibre found in men and women. For example, women have higher proportion of what’s called type 1 muscle fibres than men, fibres that give women higher endurance but can also lead them to perform tasks for longer duration.

Added to this are the repetitive and invariable nature of the tasks that women are more likely to perform, and the fact that women compensate for their weaker strength by engaging muscles at levels that are close to their maximum capacity. The interaction between these different factors could be the reason for the greater risk of muscle overload among women, leading to a higher risk of injury, said Côté.

Other sex/gender differences that may explain women’s higher rates of neck and shoulder injury include differences in how women and men move, respond to fatigue, perceive pain and adapt to stress at the physiological level. Also, differences in job assignment, job control and social roles outside of work may also come into play.

“In sum, the question we need to ask may not be, ‘Are men and women different?’ but ‘How much so?'” said Côté. “This question is all the more pertinent when considering making workplace adaptations to prevent work-related MSDs.”

Held every three years since 1992, PREMUS is the primary conference of the Musculoskeletal Disorders Scientific Community of the International Commission of Occupational Health (ICOH). PREMUS 2016 was held in Toronto in June and was hosted by the Institute for Work & Health.